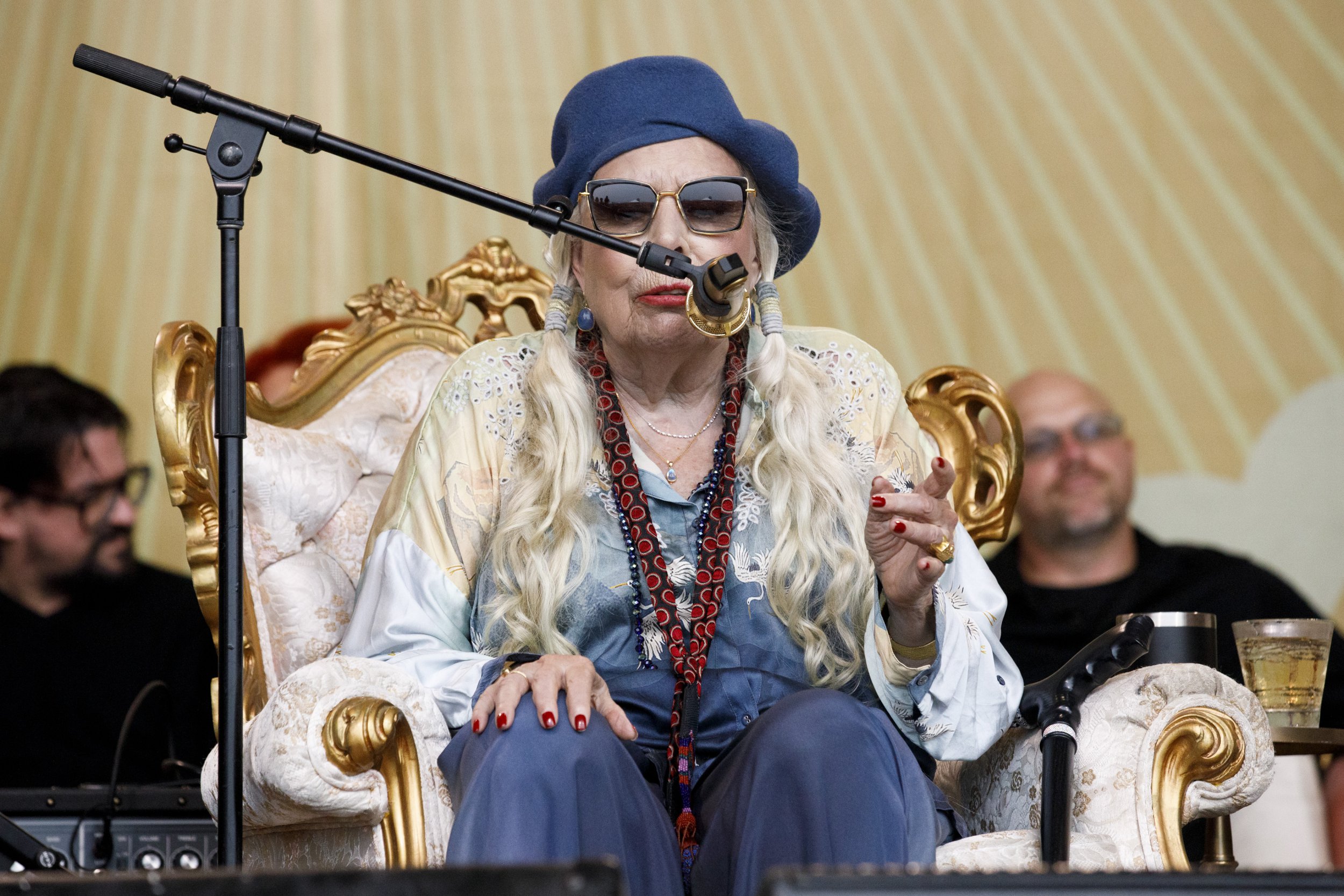 Over the weekend, the 78-year-old legend joined her friend and country musician Brandi Carlile for a special 13-song set at Fort Adams State Park.

The pair belted out classic tracks including Big Yellow Taxi, A Case of You and Both Sides Now, which featured in Oscar-winning movie Coda.

The gig marked her first full live show since a performance at the Wiltern in Los Angeles on November 13, 2002.

Meanwhile, she hadn’t appeared at the festival itself since 1969, when she was part of a lineup featuring the likes of the Everly Brothers and Arlo Guthrie.

They were joined by an all-star cast, with Marcus Mumford, Wynonna Judd, Blake Mills, Jess Wolfe and Lucius’ Holly Laesigg, as well as Mitchell’s own bandmates Phil and Tim Hansweroth and Celisse Henderson.