The YouTuber and ‘Dance Moms’ alum and Kylie reportedly call it quits amid the former’s close bond with her ‘Dancing with the Stars’ partner Jenna Johnson.

AceShowbiz –JoJo Siwa‘s ex-girlfriend Kylie Prew appears to hint how she deals with the breakup. Taking to her Instagram account, the 18-year-old to share with her followers a secret for “pure happiness” following her split from the “Dancing with the Stars” contestant.

In the Friday, October 22 post on her Instagram Story, Kylie revealed one song that made her day. The said song was Rita Ora‘s “Poison”.

“This song. Pure happiness,” Kylie wrote over a screenshot of the cover art for the 2015 song. “Where are all my hopeless romantics at??” She further stressed how good the power pop ballad was with a rave review. “2000/10 recommend for all the good feels :),” so the Florida native wrote. 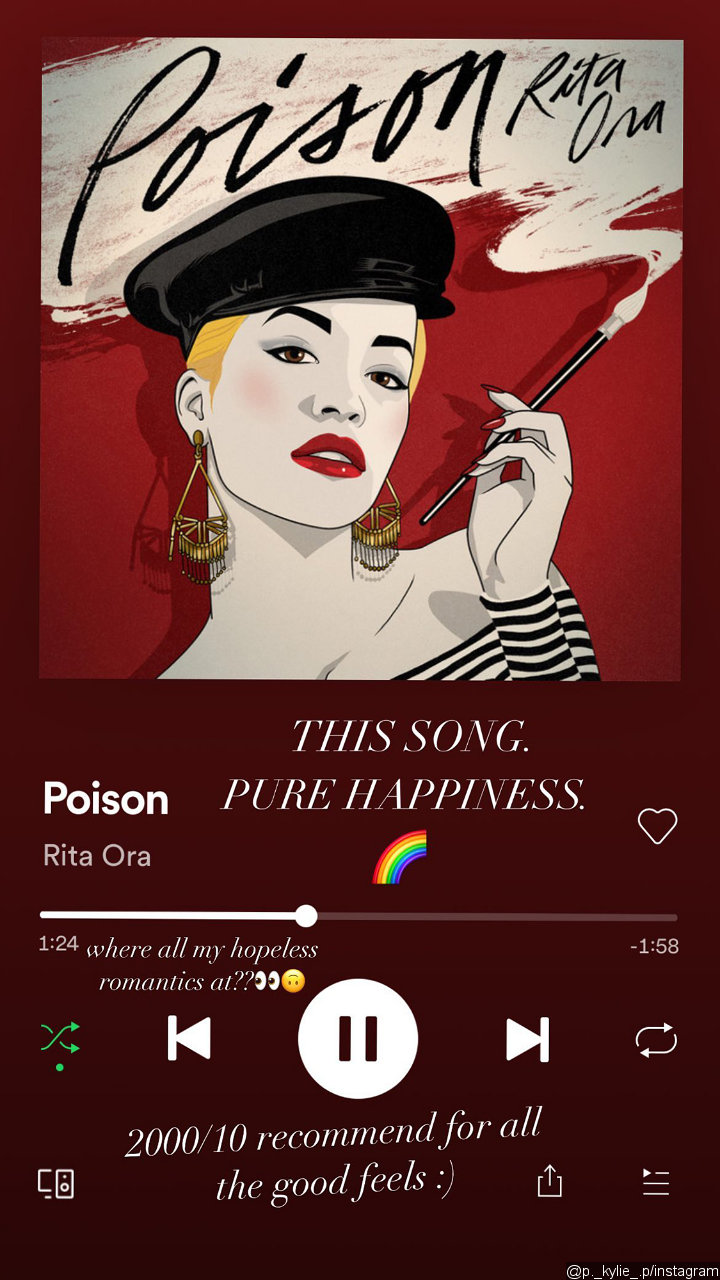 JoJo and Kylie reportedly called it quits amid the former’s close bond with her “Dancing with the Stars” partner Jenna Johnson. Of their relationship, a source told The Sun on October 19, “They split. Kylie became jealous of the relationship JoJo has fostered with Jenna. JoJo is a mess.”

The informant shared that JoJo’s “busy” schedule was also the reason behind their separation. “I think JoJo has always been a workhorse, but having a relationship and trying to keep up with a massive star schedule – it’s a challenge,” claimed the insider.

JoJo publicly announced her relationship with Kylie in February when she first came out as a pansexual. “After being my best friend for over a year, January 8th 2021 I got to start calling this exceptional human my Girlfriend… and Since then I’ve been the happiest I have ever been!” the “Dance Moms” alum wrote at the time. “She seriously is the most loving, supportive, happiest, protective, and just the most beautiful perfect person in the world.”

Later in April, JoJo sparked concerns among fans after she posted a picture of herself crying while talking about how she hated to say goodbye. When asked if she was okay, the YouTube star assured her fans that “nothing happened.” She added, “I’ve had a lot of comments on the last post. You guys were confused about why I was crying [in] the last story. I just want to clarify nothing happened we just are long distance and we had to say goodbye today and I’m sad.”