Johnny Depp took the stand at his defamation trial against ex-wife Amber Heard in Virginia, on Tuesday, April 19, and told the court his “goal” in suing her for $50 million is to get “the truth” out. Johnny, 58, filed suit against his ex over a 2018 op-ed she wrote about surviving domestic and sexual abuse. The actor believes it’s implied he was the abuser in question. He has vehemently denied her claims that he kicked, hit and choked her while they were together and says his career has tanked as a result of the allegations. During his testimony, Johnny said Amber’s claims came as a “complete shock” and “were not based in any species of truth,” according to People. “Never did I myself reach the point of striking Ms. Heard in any way, nor have I ever struck any woman in my life,” he said. “Since I knew there was no truth to it whatsoever, I felt it my responsibility to stand up not only for myself in that instance but stand up for my children, who at the time were 14 and 16.” Johnny went on to tell jurors, “My goal is the truth … It’s been six years of trying time. It’s pretty strange when one day you’re Cinderella, so to speak, then 0.6 seconds you’re Quasimodo. I didn’t deserve that, nor did my children, nor did the people who have believed in me for all these years. I didn’t want any of those people to believe that I had done them wrong or lied to them or that I was a fraud. I pride myself on honesty.” In opening remarks, Amber’s lawyer reportedly said Amber will testify that she “did suffer sexual violence at the hands of” Johnny, and address her claim Johnny’s 2015 bender in Australia left him blacked out when he allegedly, “abused and sexually assaulted Amber, all because she had the courage to confront him about his drinking.”

Back in February, Lizzo was spotted leaving Craig’s with an attractive “mystery” guy at her side on Valentine’s Day. She was decked out in a sultry red outfit for the occasion — and now we know why. During a chat with Andy Cohen on his “Radio Andy” show on Monday, April 18, the “Good as H***” singer confirmed that was — and still is — her boyfriend. “Are you guys still together?” Andy asked in reference to photos of the pair. “Yeah, whatever, yeah,” Lizzo said. Though she didn’t share her beau’s name, she implied that it’s more than a casual relationship. (According to People, Lizzo was spotted with the same guy at Crustacean Beverly Hills in October 2021.) Asked if dating is more complicated because of the public’s interest in her life, Lizzo replied, “If you have the right person, no, not at all. It is not even a factor,” adding, “It should be mutually supportive no matter what that person does.” The singer also confirmed her mystery man joined her at 30 Rockefeller Center over the weekend when she doubled as the host and musical guest on “Saturday Night Live.” Which leaves with just one question for Lizzo: Who’s breaking the news to your other secret boyfriend, Chris Evans?!

RELATED: Fashion hits and misses from the 2022 Grammys Awards

“Red Table Talk” released its trailer for Season 5 of the Jada Pinkett Smith-helmed show on Tuesday, April 19, and it includes no mention of the now infamous Oscars slap. The new season hits Facebook Watch on Wednesday and according to the teaser, fans can expect plenty of mother-daughter combos — including Janelle Monae and her mom, and Kim Basinger and her daughter, Ireland Baldwin. But it’s unclear if Jada and her co-hosts plan to address the hair joke Chris Rock made about Jada at the 2022 Academy Awards or Will Smith’s physical reaction and the subsequent fallout. (Despite his Best Actor Oscar for “King Richard,” Will is now banned from attending Academy events including the Oscars for the next decade.) Other shows lined up for the new season include guests whose lives were touched by famous scam artists, like Rachel DeLoache Williams, who wrote the tell-all about Anna Sorokin / Anna Delvey that inspired Netflix’s “Inventing Anna,” according to People.

Bob Odenkirk got a star on Hollywood’s Walk of Fame on Monday, April 18, and he celebrated the honor in the most Bob Odenkirk way possible: By talking smack about Hollywood. “When I first got here in 1987 and I walked around the Walk of Fame, I pretended to have great and powerful disdain for all things Hollywood,” joked the “Better Call Saul” star, according to NBC Los Angeles. “I walked in the streets with my nose high in the air, scoffing at every symbol of Hollywood and fame and famous people and celebrities and everything about it that was so big and distant and intimidating,” he continued. “And I still do that. I still pretend to disdain it all. It’s healthy. It’s better that way. But inside, I don’t disdain Hollywood. I love it.” A 16-time Emmy nominee, actor, producer, comic and writer, Bob, 59, is also promoting the sixth and final season of “Better Call Saul,” which was briefly derailed last summer when Bob suffered a heart attack on the set. His star sits next to his “Breaking Bad” castmate Bryan Cranston’s star. “It makes me really happy inside, but I’m not going to admit it — not here, not ever. And I will never, never say it into a microphone where people can hear me,” Bob joked of being added to the famous Hollywood monument. “So thank you so much for this honor.”

Khloe Kardashian says it was hard but necessary to help Scott Disick open up about his reaction to Kourtney Kardashian’s decision to move on with Travis Barker. In the premiere of Hulu’s “The Kardashians,” viewers saw Khloe helping Scott, who shares three kids with Kourtney after dating her on and off for the better part of 10 years, navigate his feelings about what he described as losing his “best friend” to a new relationship. Over the weekend, a fan praised Khloe on Twitter for having such an “honest … conversation” with Scott about the situation. “Tough position to be in,” Khloe replied in the thread, “… but we are all a family and communication can fix anything.” On the show, Scott said that “as hard as it is” to lose Kourtney, “it does give me a place to finally be able to move on.” Kourtney and Travis were first linked as a couple in 2020. Travis proposed in October. 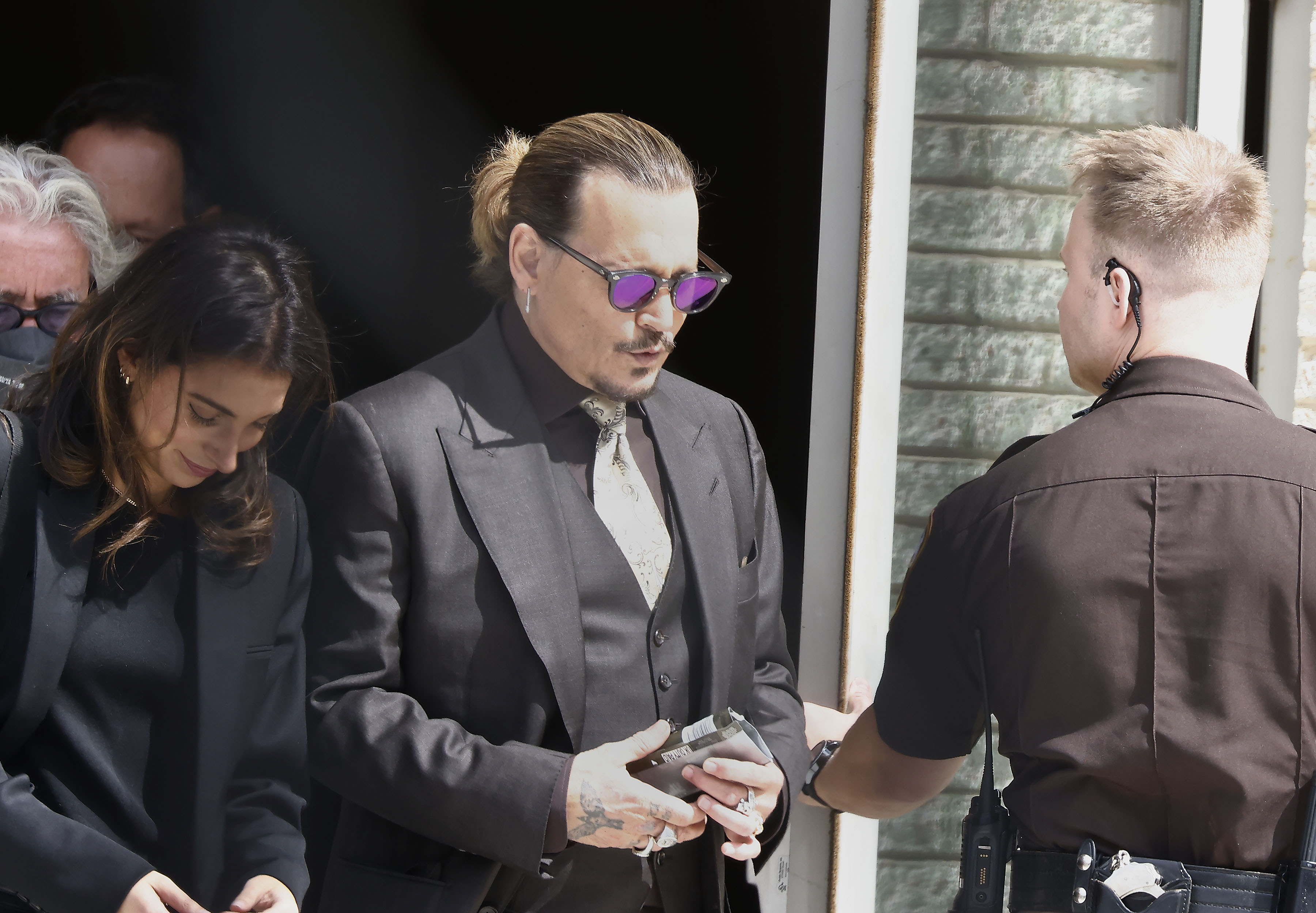 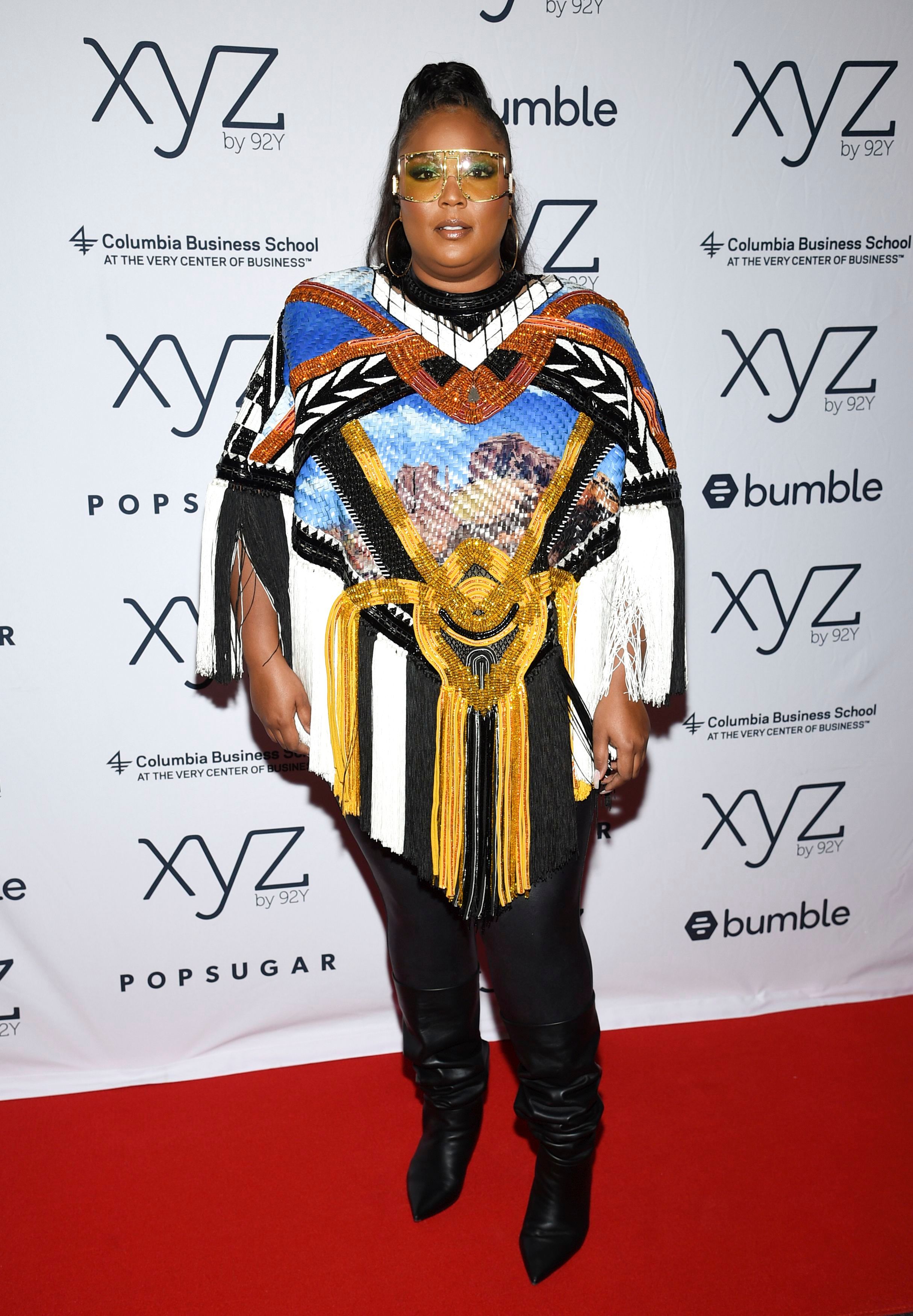 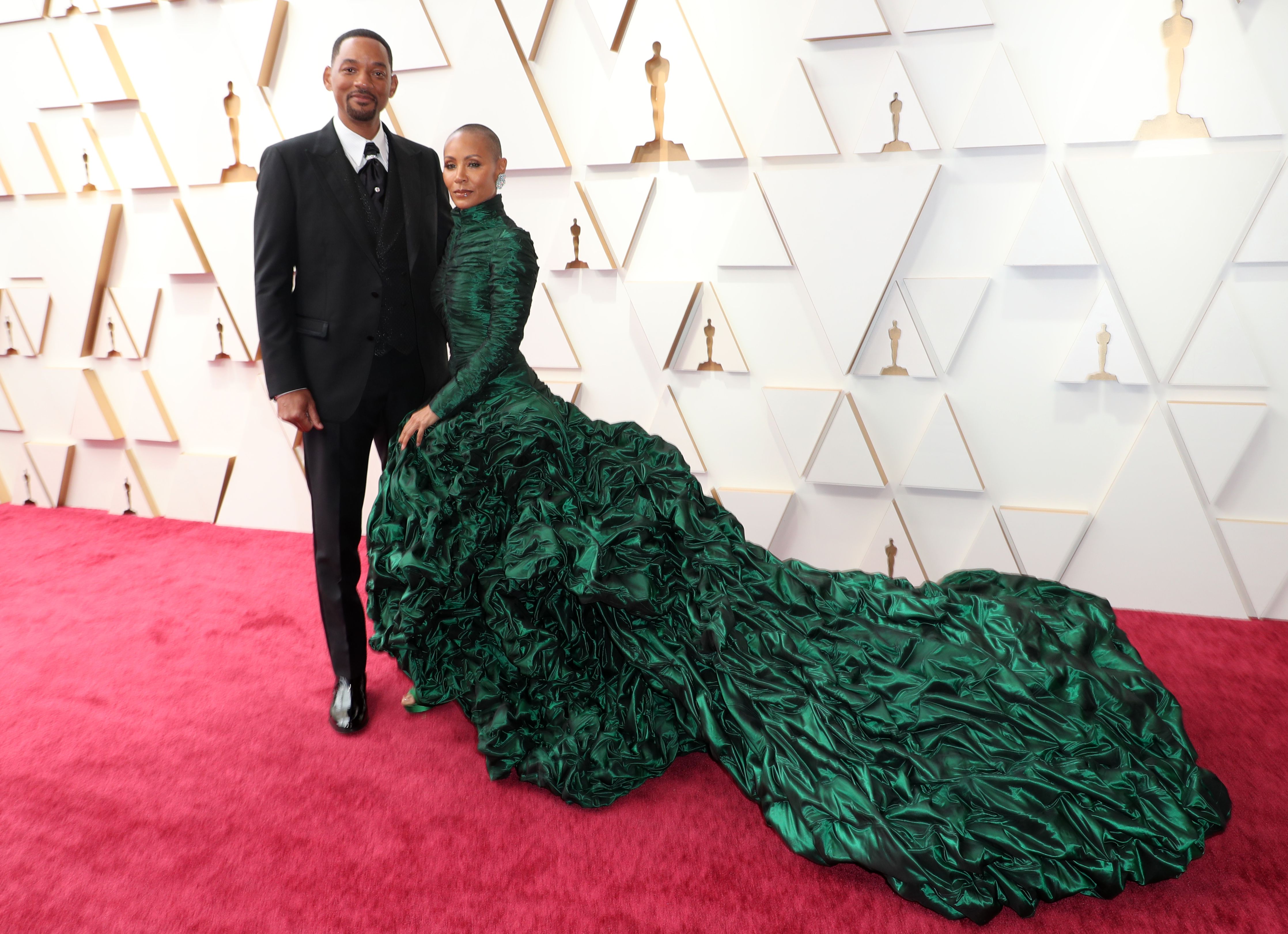 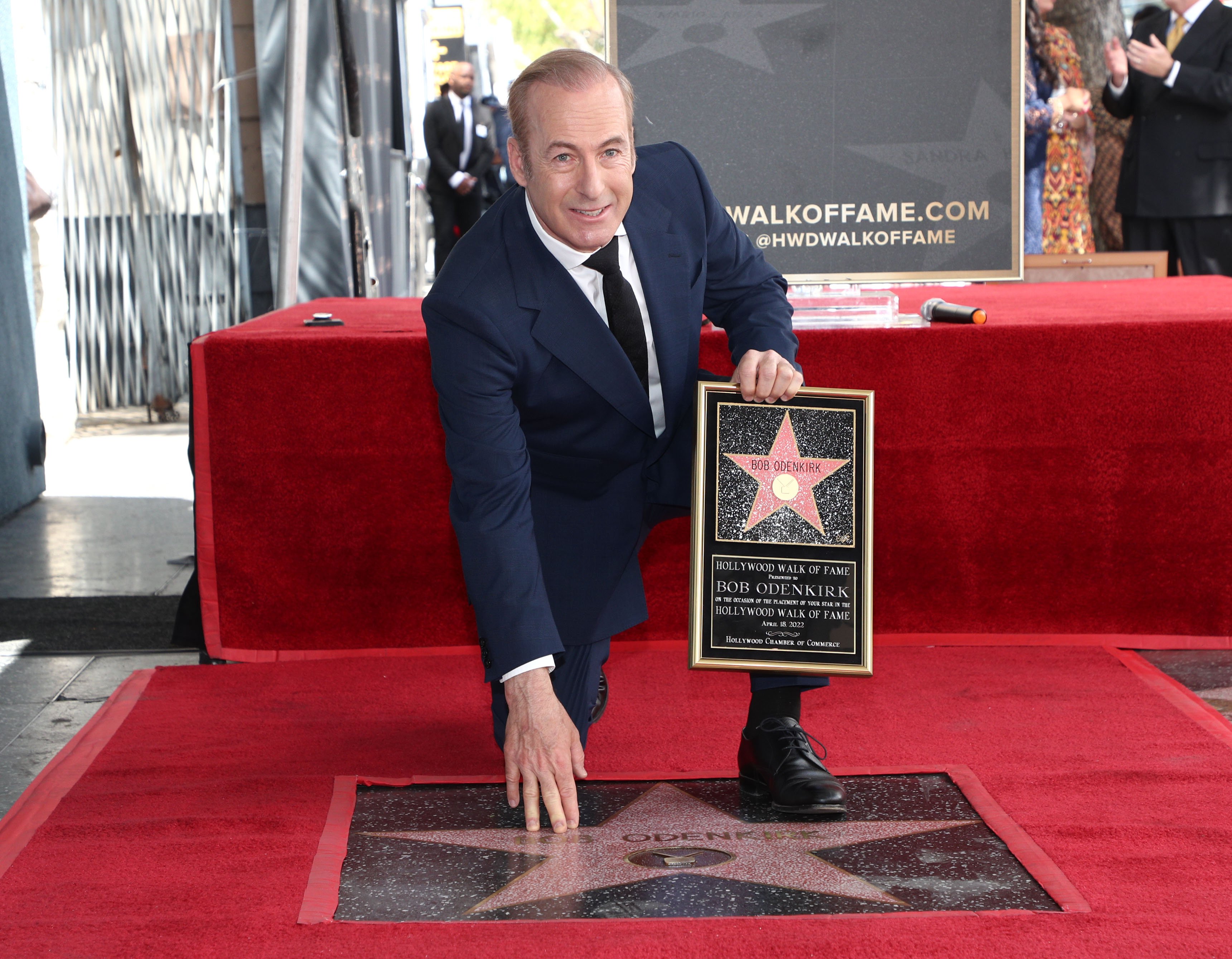 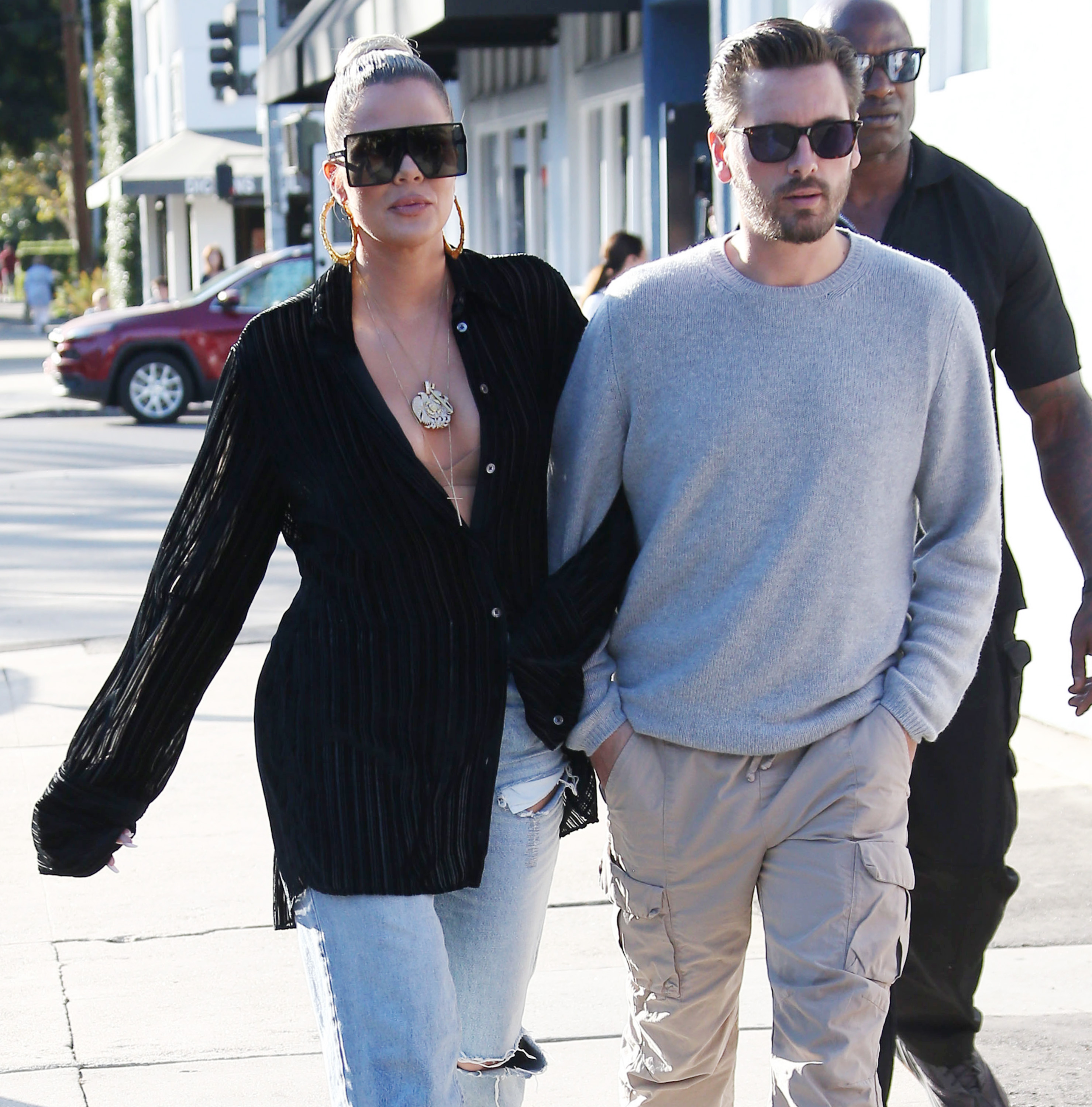 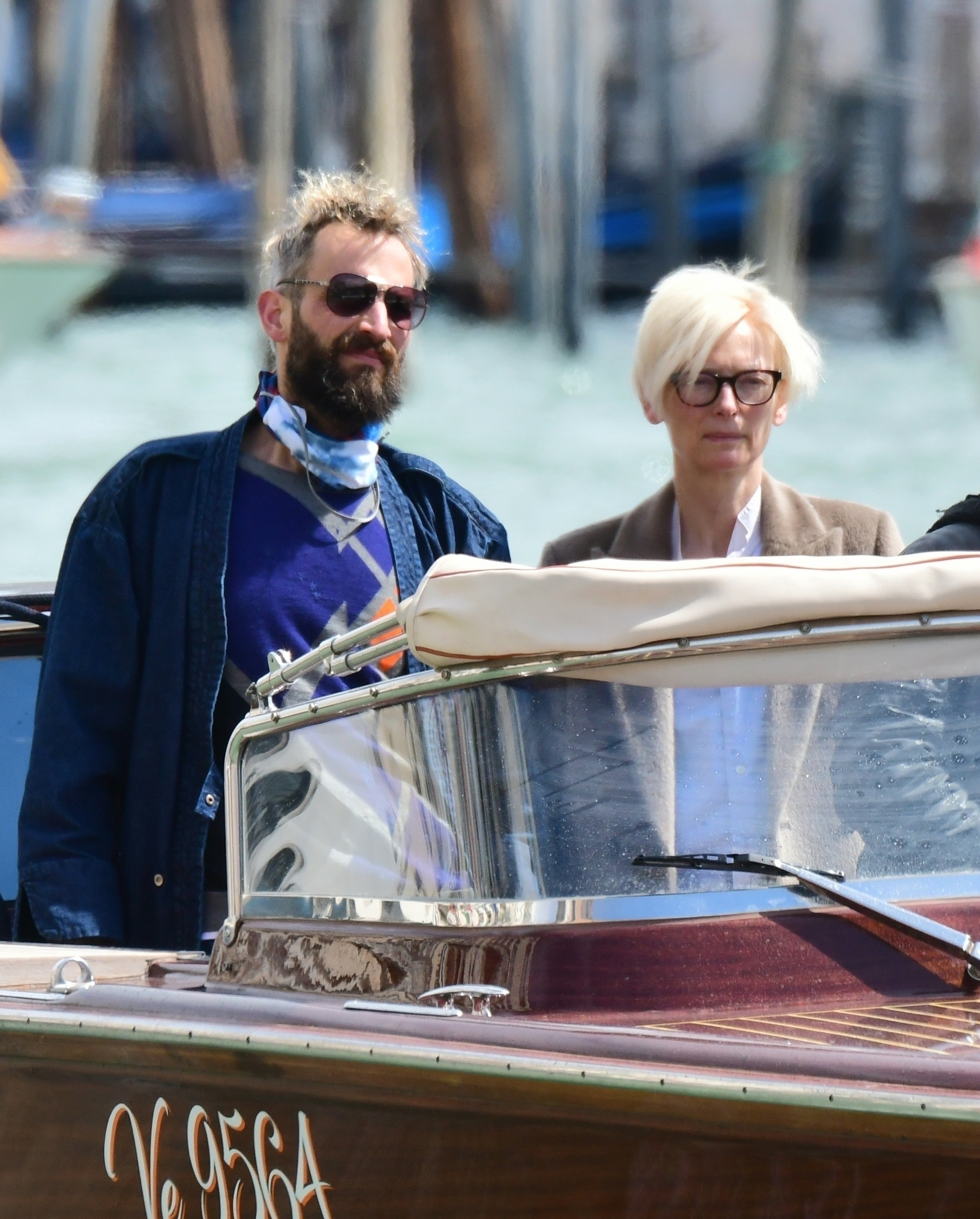