When it comes to politics, Joe Rogan can have some controversial opinions. The comedian, sports commentator, and wildly popular podcaster often hosts a wide variety of political pundits and candidates on his show, The Joe Rogan Experience. And after hosting Bernie Sanders, he seemed ready to commit to the candidate. Now, with Sanders out of the race, Rogan says he’s probably voting for Donald Trump in 2020. 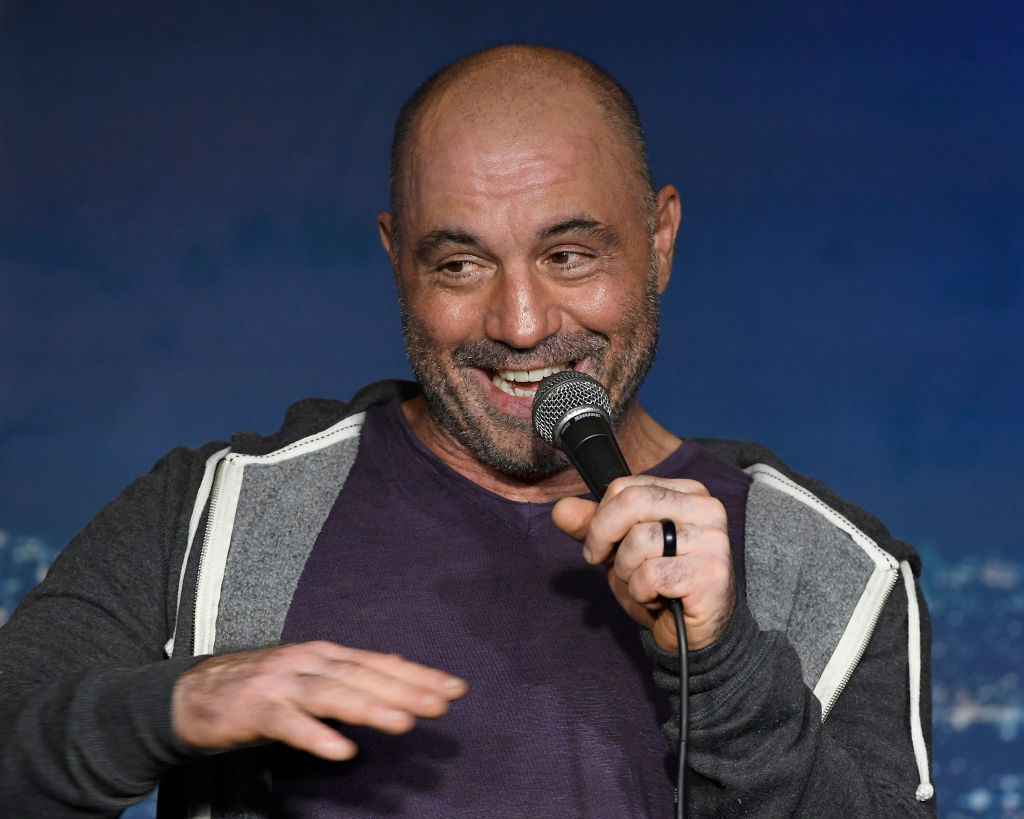 Back when Bernie Sanders was still in the race, Joe Rogan decided he was a big fan. The comedian hosted Sanders on an episode of The Joe Rogan Experience, where the two dug into Sanders’ platform.

Rogan was impressed by Sanders and found him trustworthy and likable. Rogan appreciated what he felt was a near-spotless record for Sanders. “What Bernie Sanders stands for is a guy who, look, you could dig up dirt on every single human being that’s ever existed if you catch them in their worst moment and you magnify those moments and you cut out everything else, and you only display those worst moments. That said, you can’t find very many with Bernie,” explained Rogan.

“He’s been insanely consistent his entire life. He’s basically been saying the same thing, been for the same thing his whole life. And that in and of itself is a very powerful structure to operate from.”

“Did you see him here? He was so normal! I liked him a lot,” Rogan told his guest at the time, Bari Weiss.

Joe Rogan has a bone to pick with Joe Biden 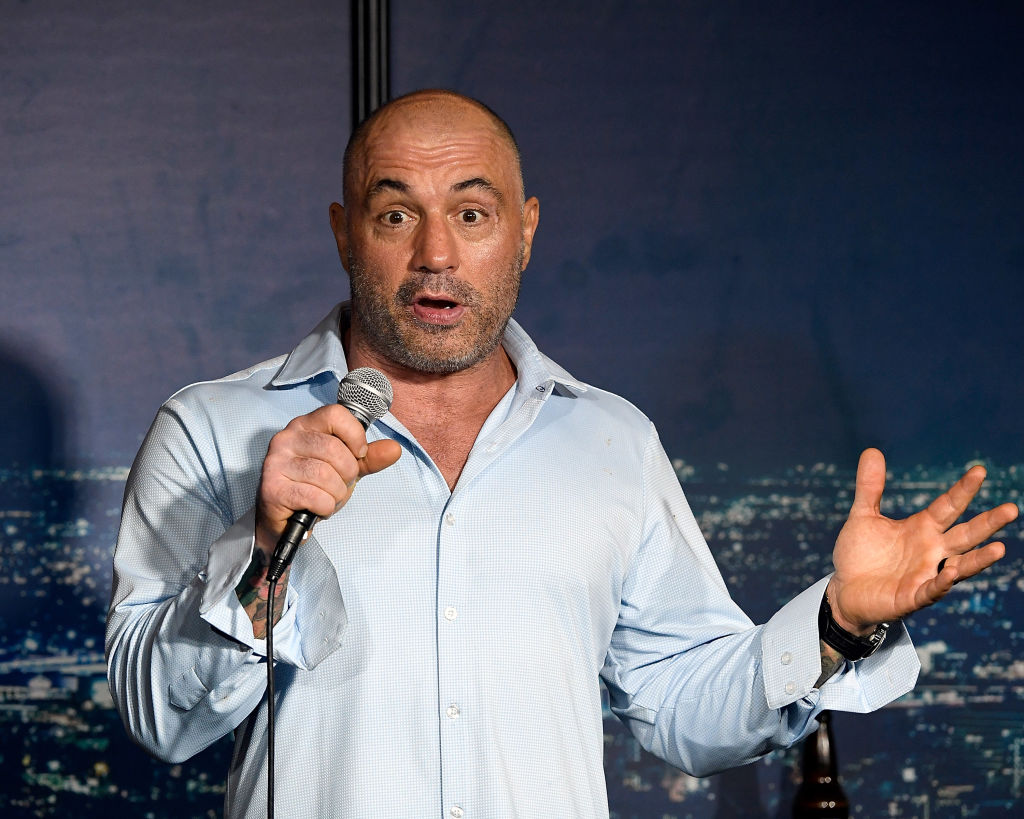 While Joe Biden and Bernie Sanders were still going head-to-head, Rogan revealed that he’s no fan of Biden. Part of what turned The Joe Rogan Experience host against Biden was his stance on marijuana.

In a holdover from the days of D.A.R.E., Biden announced that he believes marijuana is a “gateway drug.” Rogan announced, in reply, that Biden is a knucklehead. Biden claimed at the time, “The truth of the matter is, there’s not nearly been enough evidence that has been acquired as to whether or not it is a gateway drug. It’s a debate, and I want a lot more before I legalize it nationally. I want to make sure we know a lot more about the science behind it.”

Rogan said of Biden’s announcement, “You still have knuckleheads like Joe Biden, literally yesterday, saying that he thinks marijuana is a gateway drug. But forget about marijuana, imagine if it wasn’t psychoactive at all. The idea that hemp should be illegal until really recently in this country is a f*cking travesty. It’s horrific. It’s food, it’s clothes, it’s paper — doesn’t even make sense that it could be so many things,” opined Rogan.

Of an Instagram post he made, Rogan said, “I basically had a well-worded thing saying that anyone who thinks that marijuana should be [illegal] is basically saying that you should be locked in a cage for experimenting with your consciousness.” 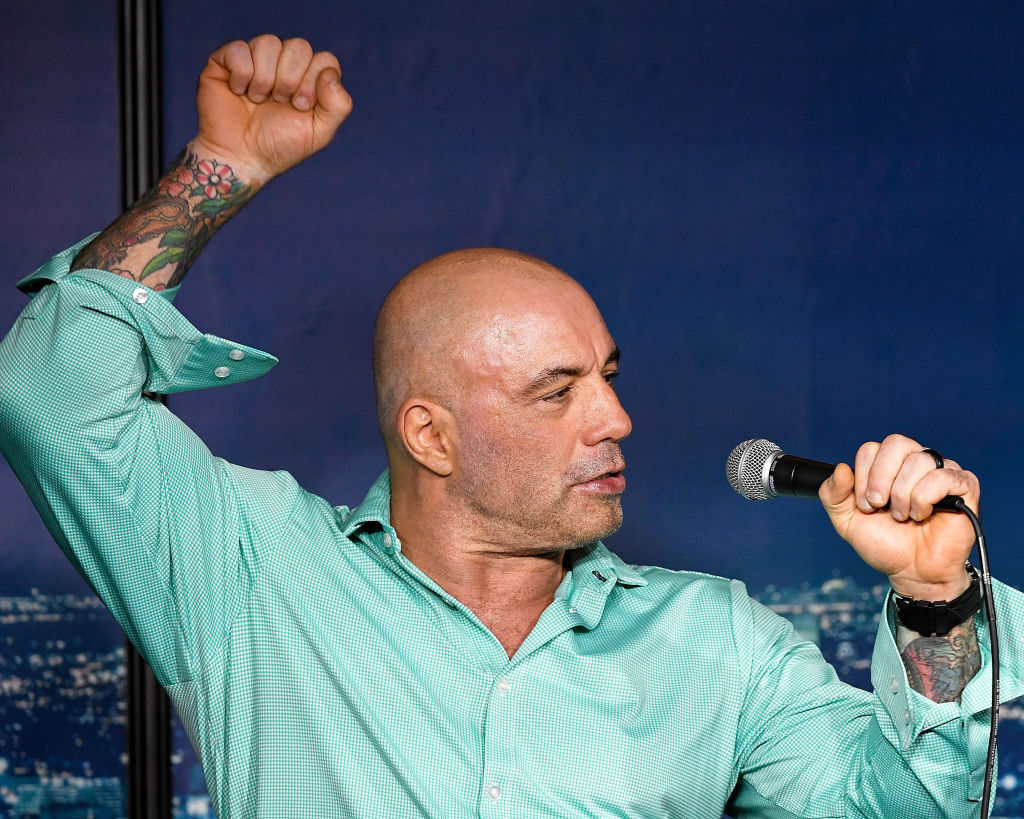 It’s been clearly established that Joe Rogan is no fan of Joe Biden. And now that Bernie Sanders is out of the race, Rogan is saying it’s likely he’ll vote for Donald Trump.

Rogan explained on The Joe Rogan Experience, “I’d rather vote for Trump than [Biden],” said Rogan. “I don’t think [Biden] can handle anything. You’re relying entirely on his cabinet. If you want to talk about an individual leader who can communicate, he can’t do that. And we don’t know what the f*ck he’ll be like after a year in office.”

In an exceptionally hot take, Rogan went on to add, “The pressure of being president of the United States is something that no one has ever prepared for. The only one who seems to be fine with it is Trump, oddly enough.”

Rogan then explained, “You have to be able to call out sh*t that’s wrong on your side. And this is one of the problems that the Democratic Party is having right now with this Joe Biden guy. You guys got to be able to call it out. You can’t let this slide, because everybody else sees it and Trump is going to eat him alive. He’s going to eat that guy alive.”