Joe Rogan started his career as a stand-up comedian and went on to become a color commentator for mixed martial arts, an actor, and a television host. He currently is the host of The Joe Rogan Experience, a highly popular podcast distributed on SiriusXM Satellite Radio.

Rogan hosts a wide variety of celebrities and public figures and together they discuss whatever topic seems relevant at the time. On November 7, 2019, episode Rogan and guest Ben Westhoff, discussed, “What separates 2Pac from Biggie?” 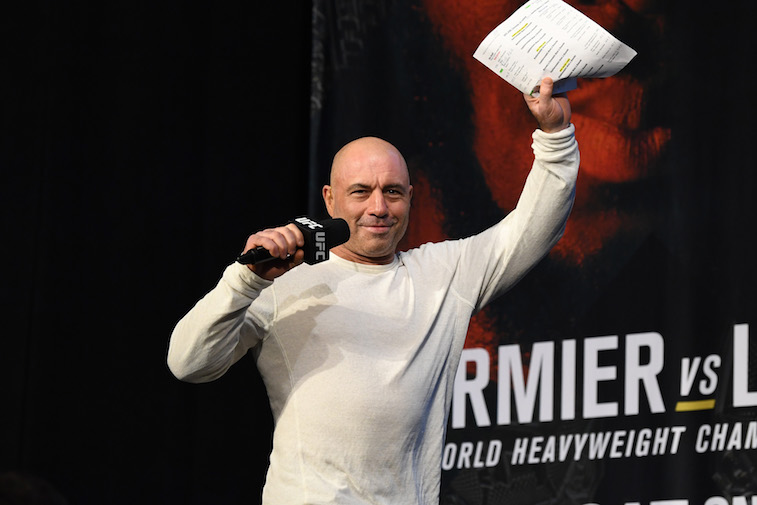 “Tupac Amaru Shakur,” born Lesane Parish Crooks, is the deceased rapper also known as 2Pac and Makaveli. Some consider 2Pac to be “the greatest rapper of all time.”

To his fans, he was more than a rapper. 2Pac addressed the issues that plagued the lives of those who live in the inner cities, and he became a symbol of fighting against inequality and a leader of the resistance. 2Pac achieved enormous success in the West Coast hip hop scene and is one of the best-selling musical artists of all time.

Unfortunately, 2Pac’s life was not all success. In 1992 while performing at an outdoor festival in Marin City, California, a gun registered to 2Pac discharged and killed a 6-year-old boy. He paid a settlement to the parents and the charges were dropped.

After this, a string of other criminal charges was filed against 2Pac, and he did time in prison. 2Pac died, in 1996, when gang members opened fire on 2Pac and gunned him down on the streets of Las Vegas.

“Biggie, The Notorious B.I.G., or Biggie Smalls” born Christopher George Latore Wallace, also deceased, was named “the greatest rappers of all time” by Billboard. An October 2006 article in AllMusic, described Biggie’s musical style as, “dark, semi-autobiographical lyrics” and his “loose, easy flowing storytelling abilities focused on crime and hardship.” Ready to Die, his debut album, turned him into “a central figure in East Coast hip hop.”

Biggies domination of East Coast hip hop created a West vs East Coast hip hop feud. After the murder of 2Pac, rumors flew that Biggie may have been involved. The next year, in March, Biggie was gunned down on the streets of Los Angeles by an unknown assailant.

Following his death, his last album, Life After Death rose to number one and was one of a handful of Diamond certified hip hop albums.

So, what does separate 2Pac from Biggie?

During The Joe Rogan Experience podcast, Rogan begins by saying that the rappers of his day who he admired included 2Pac and Biggie. However, one of his favorites was Nas “because of his intricate lyrics.”

Westhoff agreed that Nas was “the king of the ‘oh s—t’ lyrics.” Westhoff went on to say that because of his East Coast experiences, that “Nas is ok to him”, but he thinks that Biggie is the best ever.

Westhoff added, and Rogan agreed, that the 80s New York hip hop music was “so amazing and intellectual.”

2Pac was a cultural leader and stood for something

Westhoff said that when he moved to Los Angeles, he wasn’t a fan of 2Pac’s style at first, but came to realize that he was more than a rap artist, “he was a cultural leader, he stood for something.”

Westhoff then remembered that when 2Pac started out in music he styled himself after the Fresh Prince of Bel-Air. 2Pac was part of the crew for the Digital Underground and appeared as a dancer in their music video for The Humpty Dance. Westhoff said that when 2Pac was young he was not “thugged out.”

2Pac grew up in Marin County an affluent area north of San Francisco. He was the son of two Black Panthers and politics was always his thing.

After Westhoff’s epiphany about 2Pac, he didn’t feel the same about Biggie’s music. To him, Biggie’s music seemed superficial and only about partying and crime.

Rogan then shared that they have to realize that Biggie was just 24 years old when he died, and said that his favorite video of Biggie was one when he was 16 standing on a corner in New York rapping and according to Rogan, “his flow was so good, even as a [teen].”

Whoever is the rightful owner of the title “best rap artist ever,” 2Pac and Biggie were incredible musicians, whose lives ended before their time. Rest in peace 2Pac and Biggie.