Supporting her man! J.Lo applauded her ‘amazing’ beau Ben Affleck as she talked about his latest film on Amazon Prime Video.

Jennifer Lopez is Ben Affleck‘s biggest cheerleader! The 52-year-old Bronx native gave her man a sweet shoutout via Instagram as she opened up a swag box delivered by Amazon Prime Video in support of his film The Tender Bar on Saturday, Jan. 8. While talking, she called Ben’s performance “amazing” as she gave a bit of background on the buzzy project.

“This is adorable,” she began as she filmed the press box filled with canned bears from Blue Point Brewing Company, a glass to enjoy, and more for her 190 million followers.  “Oh…a little note to me on what the movie’s based on, all this stuff from the movie in here. Cute,” she added as she zoomed in on a mini bowling set which has a special meaning to the movie.

“There’s a great scene in a bowling alley with Ben and the little boy [Daniel Ranieri]. Ben plays his uncle [and] they’re both amazing in the movie. If you haven’t seen it, you should,” she added. In recent weeks, Ben has done plenty of interviews to promote the project with Daniel — including a candid chat on The Kelly Clarkson Show. 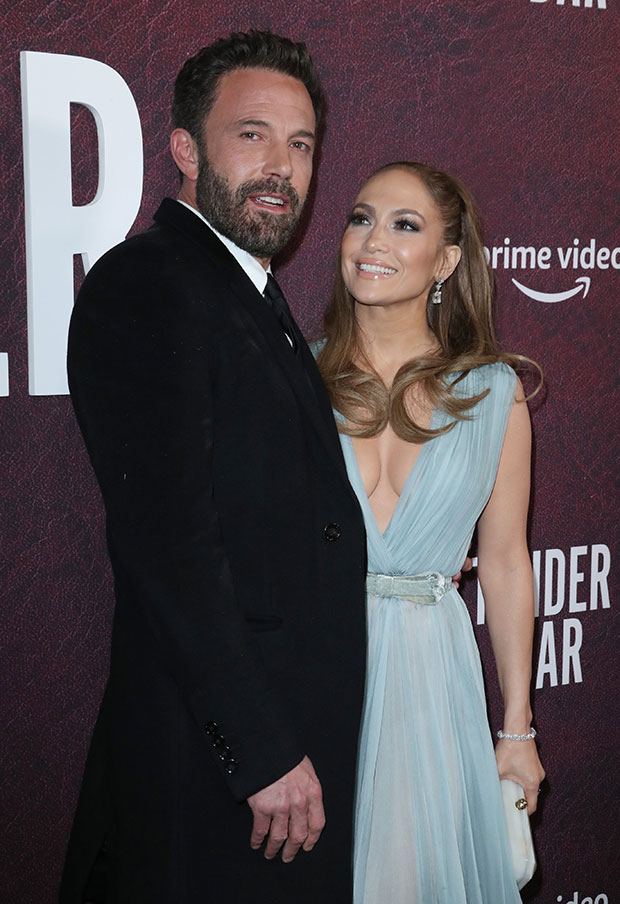 While Jennifer regularly posted about her ex-fiancé Alex Rodriguez on social media, she’s been noticeably lower key about her re-kindled romance with Ben. She used her 52nd birthday trip around the Mediterranean to finally share a buried (and sexy) snap of the two kissing back in July, several months after getting back together.

Her subsequent posts involving the Oscar winner have all been in support of his film projects, including other recent flick The Last Duel. The “Jenny From The Block” singer stunned in a sparkly brown crop top and long skirt for the New York premiere back in October, which included a sweet photo of her gazing at him while he did interviews. Just weeks before, Bennifer also went red carpet official at the Italy debut for the flick!

“I had such a beautiful time!! And I’m so excited for you guys to see this movie!!” she gushed on Instagram. “It’s the first script Matt [Damon] and Ben have written together along with Nicole Holofcener since Good Will Hunting!! And it’s amazing!! The acting by the whole cast is fantastic. Jodie Comer plays the lead and she is awesome!!! It was a magical trip and I hope you enjoy the pics!!” she also said.