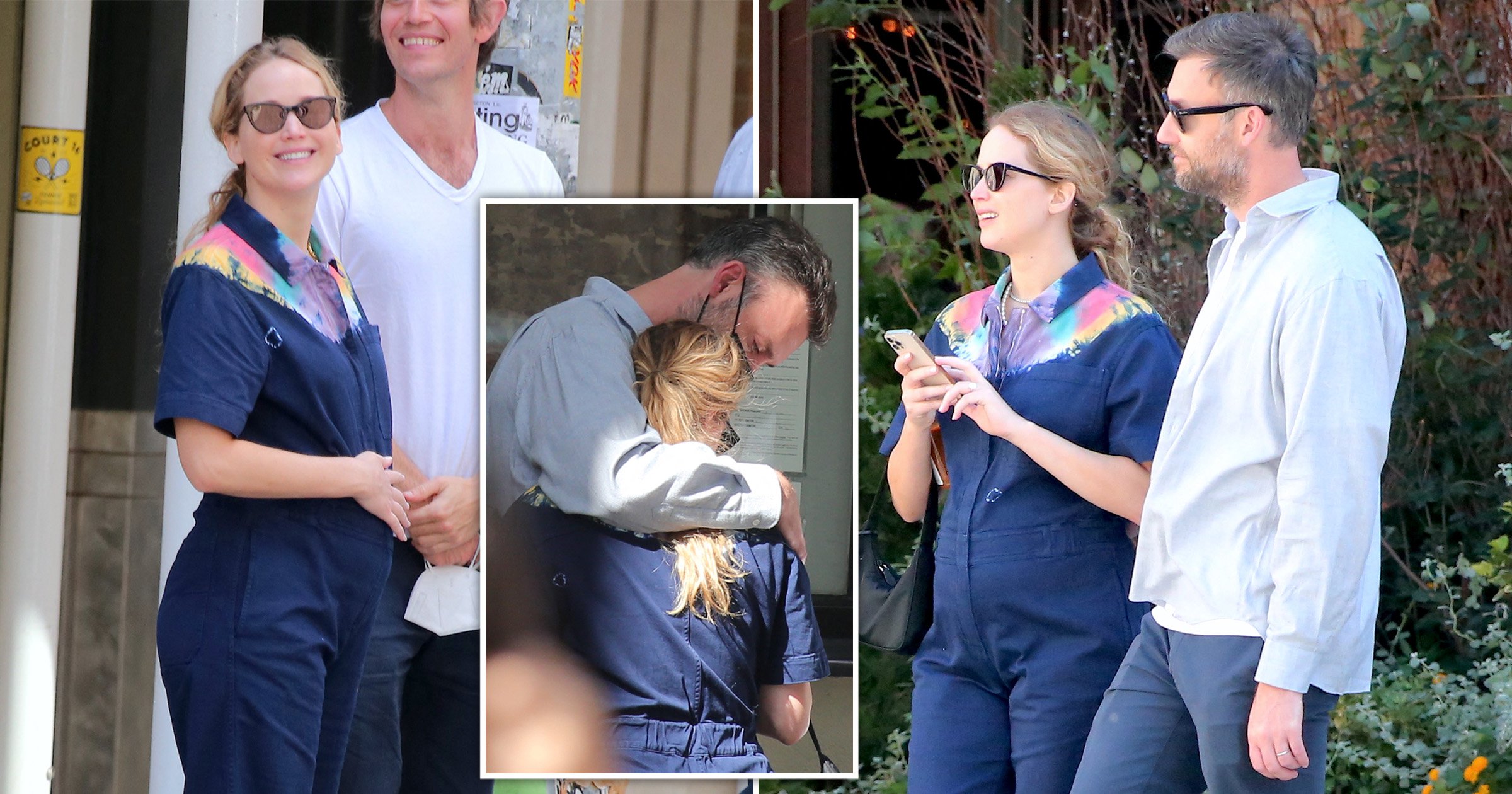 Jennifer Lawrence looked radiant as she enjoyed a casual day out with husband Cooke Maroney, weeks after confirming she was pregnant.

The Hunger Games actress is expecting her first child with her art dealer husband, with a spokesperson announcing the exciting news earlier this month.

On Sunday, Jennifer, 31, was spotted out and about in New York with Cooke, 37, as they enjoyed a stroll around the Soho area.

At one point, the Oscar-winning actress smiled and laughed while gently placing a hand on her baby bump, which was visible in a blue jumpsuit.

The married couple were accompanied by a friend as they shopped at Alo Yoga before stopping by Pressed Juice and strolling back to their apartment in Tribeca. Cooke was seen giving Jennifer a warm embrace as they stood around outside the store.

Jennifer’s been pretty active in recent weeks and was seen heading to a comedy show at Madison Square Garden. She kept her baby bump under wraps in a maxi dress and oversized denim jacket as made a lowkey exit from the venue.

A rep for the Hollywood star confirmed to People on September 9 that she was indeed expecting a  baby with Cooke. It’s not yet known how far along she is into the pregnancy or whether she knows the baby’s gender.

It comes two years after the couple tied the knot in Rhode Island, having got engaged in 2019.

The Hunger Games star is notoriously private, but did give a glimpse into her relationship during an appearance on a podcast in June 2019.

‘He’s the greatest human being I’ve ever met. I wasn’t at a place where I was like, “I’m ready to get married”, I just met Cooke and I wanted to marry him,’ she told Entertainment Tonight.

‘We wanted to marry each other, we wanted to commit fully. He’s my best friend, so I want to legally bind him to me forever.’

Jennifer added: ‘How do I feel? Is he nice? Is he kind? It’s just… this is the one, I know that sounds really stupid but he’s just… he’s the greatest person I’ve ever met, so I feel very honoured to become a Maroney.’