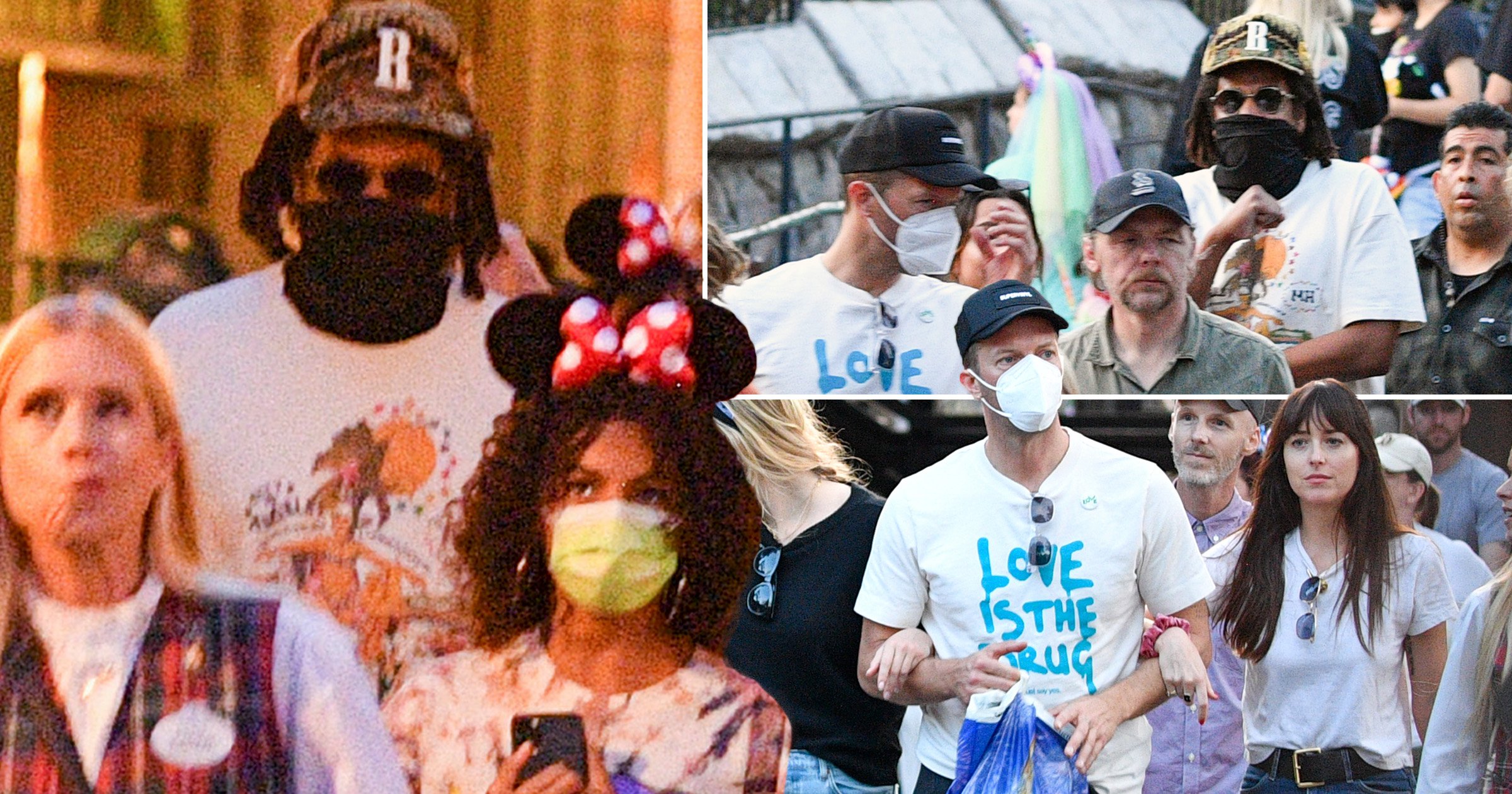 Jay Z enjoyed some quality time with his daughter Blue Ivy this week as they enjoyed a day at Disneyland with some other famous faces.

On Thursday, the 52-year-old rapper took his and Beyonce’s 10-year-old girl to the happiest place on Earth as they were spotted at the Anaheim, California theme park with Simon Pegg, Dakota Johnson, Chris Martin and the Coldplay singer’s kids Apple, 17, and Moses, 15.

The all-star VIP group were seen being led round the park by a private tour guide, and we want to know how to land an invite to the next big day out.

Jay kept his face covered up with a black neck-scarf style mask, adding to his look with shades, a baseball cap and a printed T-shirt.

Meanwhile, his daughter walked around in an oversized tie-dye top, completing her ensemble with hoop earrings and a green face covering.

She was getting into the Disney spirit to with a pair of Minnie Mouse ears on her head.

Apple Martin wore an identical pair of ears and looked chilled in jeans, trainers and a black V-neck sweater, while her younger sibling Moses sported a mask and orange top.

Their dad Chris was also masked up in the group wearing a white t-shirt with the slogan ‘Love is the dug’, and his partner Dakota linked arms as they walked through the park.

The loved up couple started dating in 2017 and later reconciled their romance after a brief split, while it’s said she’s friends with his ex-wife – and mother of his children – Gwyneth Paltrow.

Meanwhile, Shaun of the Dead actor Simon was also with the group as a close friend of Chris’, as he’s Apple’s godfather, while the Viva La Vida pop star is godfather to Pegg’s daughter Matilda.

The group were seen enjoying plenty of rides at Disneyland, and stopped for snacks in between the attractions.

Jay Z and Beyonce – who also have fraternal twins Sir and Rumi, four, together – enjoyed some quality time of their own last week as they enjoyed a glass of wine at Hollywood’s new Mother Wolf establishment.