Not Jax Taylor’s problem. The cast of Vanderpump Rules is starting to speak out after their new costars Max Boyens and Brett Caprioni came under fire for recently surfaced tweets.

“Yeah… it’s being handled,” the 40-year-old SUR bartender replied to a fan who sent him a screenshot of the tweets on Friday, January 17.

In a second tweet, Taylor added, “No outcome yet… it’s up to the network how they want to handle it. Way above my pay grade…” 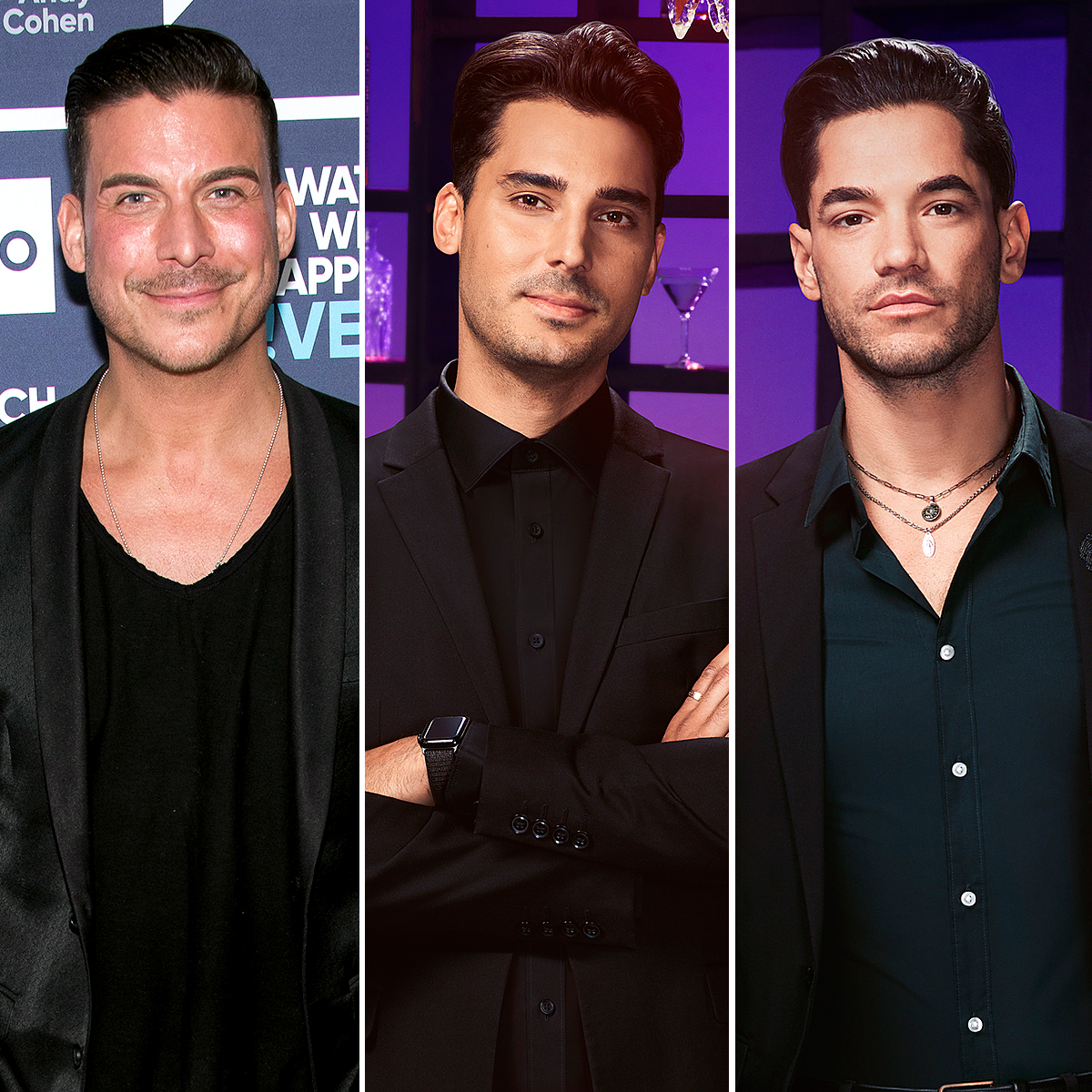 The Michigan native also “liked” a tweet that reads, “That’s what happens when they try to add new people. If it ain’t broke, don’t fix it!!”

Boyens, 27, and Caprioni, 31, made headlines on Thursday, January 16, after fans discovered tweets ranging between the years 2011 to 2013 that used the N-word and other offense language. Both men, who joined the cast of the Bravo series during season 8, apologized on Thursday.

“I want to sincerely apologize for what I tweeted in 2012 — it was wrong on every level. It is not a representation of who I am,” the TomTom general manager said in a statement to Us Weekly. “I am shocked I ever tweeted that — and I am disgusted and embarrassed. I am truly sorry.”

The SURver issued a statement via his Instagram Story: “I want to express my deepest apologies for the insensitive, ignorant, and hurtful comments I made. I am incredibly ashamed and accept full responsibility, and acknowledge that this language was as unacceptable then as it is now. Please know that I have learned and grown since then and would never use this language today. From the bottom of my heart, I am truly sorry.”

Lisa Vanderpump, who is a partial owner of SUR and TomTom and produces and stars on Vanderpump Rules, also issued a statement.

“I do not condone any of the heinous comments made in the past by Max and Brett and I am glad they understand the severity of their offenses and have shown utmost remorse and contrition. I embrace a community of diversity and do not tolerate bigotry of any form within my workplace,” the 59-year-old restaurateur said in a statement to Us on Thursday. “Max and Brett are both appropriately ashamed of their past obnoxious teenage arrogance and casual use of unacceptable terms.”

The statement continued: “While both have now matured as adults, they have shown remorse for their prior reckless defamatory statements. I do sincerely believe both have learned the power and impact words can have, and I have every hope this will be a lifelong lesson for them as we move into this new decade.”

Vanderpump Rules also added Charli Burnett, Danica Dow and Dayna Kathan to the cast for season 8. Taylor previously told Us he didn’t “like the new people” — with the exception of Boyens and Caprioni.

“I really like them. They’re really cool. They’re down to earth,” Taylor told Us at BravoCon in November. “They’re not thirsty. We’ve been around for eight years. You can see a thirsty person coming a mile away. There’s some of them. There’s a few of them.”