This morning it was announced that boxer Nicola Adams, 37, will be making history by joining this year’s line-up of Strictly Come Dancing in a same-sex pairing for the first time. However, former pro James Jordan, 42, took to Twitter to share his thoughts over this “embarrassing country” pandering to “political correctness”.

We have become a scared little embarrassing country.

Speaking about joining the show, Nicola said in a statement: “I also wanted to thank the BBC for supporting me and making me the first ever all female-pairing; and it’s amazing to be a part of the movement for change, diversity and breaking boundaries in the entertainment industry.”

After it was announced, James shared his opinions in view of his 269,000 Twitter followers as he penned: “Random Rant.

“We have become a scared little embarrassing country that panders to political correctness. #F**koffPCBrigade.”

While it is not clear what James was referring to, many fans speculated as to what he was speaking about in the comments section. 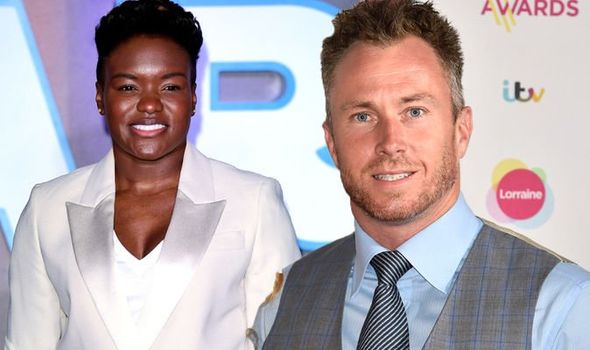 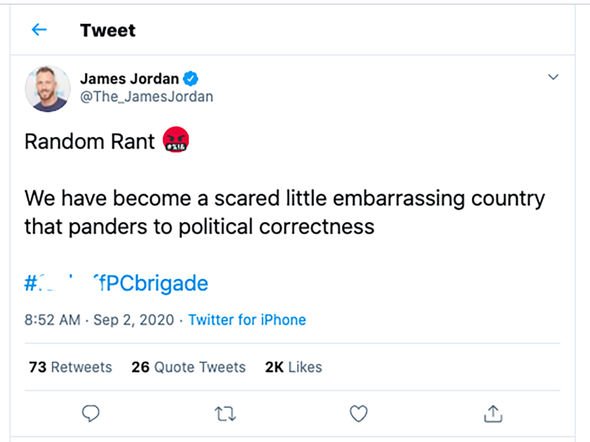 James then attempted to set the record straight by insisting he was not referring only to Strictly, but rather our society as a whole.

He shared: “My last tweet was actually very generic but I love how many of you jumping to conclusions on what I was ranting about.

“It wasn’t just one thing… it’s everything nowadays. Must be my age.”(sic)

James tweeted again as he wrote: “Like I said before ‘people get offended by EVERYTHING.'” 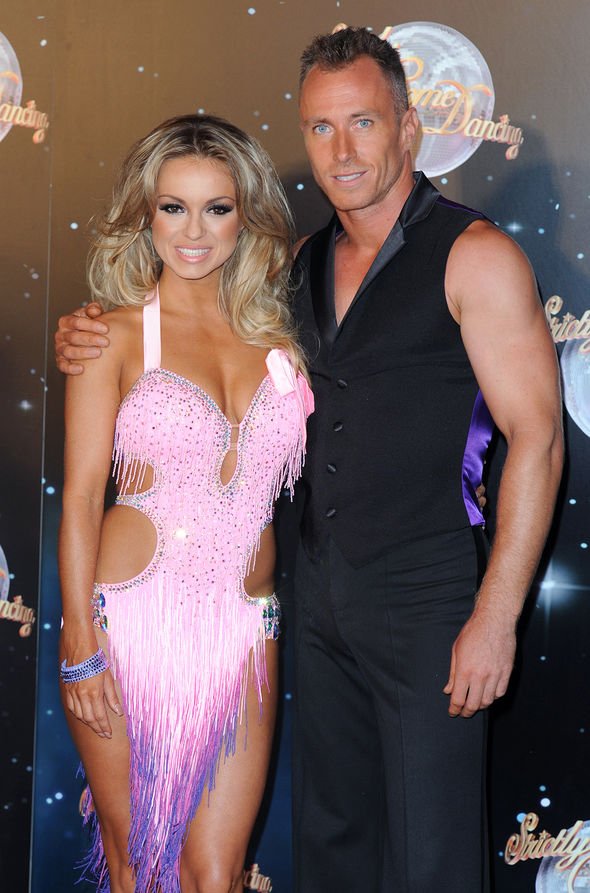 One replied to the Dancing On Ice champion: “Why does it matter?? Is there an unwritten rule that dance partners have to be male and female?

“Honestly I’ve never thought about it being an issue either way. Your ranting is actually pandering to the whole culture of being outraged by every little thing.”

Another agreed and added: “Assuming you’re referring to Strictly? As a mother I want my kids to grow up knowing that they’re free to love whoever they want & that people won’t try to stop them from being able to enjoy everything life has to offer just because they may be different to others.”

Back in 2017, James explained why he thought there shouldn’t be same-sex pairings on the BBC dancing show.

He told the Daily Star: “No, there definitely shouldn’t be same-sex couples on Strictly.

“Ballroom and Latin dance is about masculinity and femininity. It’s not about sexual orientation. It’s not a dating show. Why can’t a gay man dance with a woman?”

He continued: “It’s actually insulting that you’re trying to change our profession with people saying same-sex couples should definitely be on there when it doesn’t need to be.”

Meanwhile, Strictly’s 2018 winner Stacey Dooley, 33, tweeted in view of her 348,000 Twitter followers: “Strictly are doing a same sex couple and YES THIS IS LONG OVERDUE!”

In an additional tweet, she remarked: “Plus. I love @NicolaAdamsOBE… can’t wait.”

Nicola also opened up about how “thrilled” she is to be a part of the “big step” Strictly is taking on this Autumn.

Speaking from her home on BBC Breakfast, Nicola stressed: “It’s really important, it’s a big step for the show as well. It’s nice to see we’ve been able to move on and I just can’t wait to get some dancing done really.

“I asked the show about it. They wanted to know if I wanted to be on the show and I said, ‘Yeah I’ll do it but I want to dance with another female dance partner.'”

Nicola went on to explain: “It’s definitely a time for change and time to move on and be more diverse.

“This is a brilliant step in the right direction. It will be nice for the LGBT community to be able to see that there are same-sex couples on the show as well.”