The Welsh star of Liar and Fantastic Four lives with his actress partner and their two daughters in Los Angeles. But Alice, 49, stunned social media by announcing that her 47-year-old husband had “fallen out of love with her” and was “leaving the family”. She later reportedly claimed she was being “gaslit and mentally tortured”, adding: “Hell yes, I will wash my linen in public.” The comments were subsequently deleted. Gaslighting is when someone is psychologically manipulated into doubting their own sanity.

Now the couple have told fans they are having “an incredibly difficult time” but are committed to their girls Ella, 11, and Elsie, seven.

The pair’s statement said: “This is an incredibly difficult time for our family and we remain committed to our children. Thank you for respecting our privacy.”

The retired headteacher, 72, added: “I have spoken to Ioan and we are of course incredibly sad, but I do not want to go into too much detail.

“We are very sad, particularly for our two granddaughters.”

The couple have been together for two decades, marrying 13 years ago. 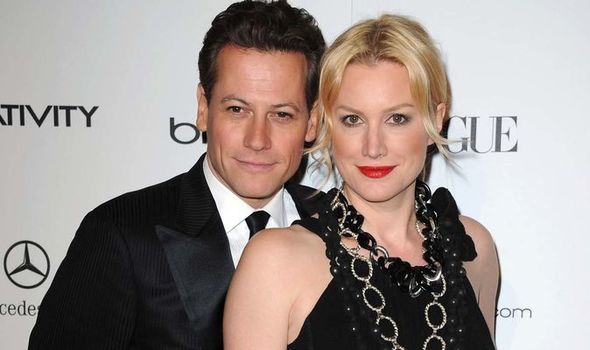 They met on the set of the 2000 film 102 Dalmatians. Their children were conceived through IVF, with Alice writing ­candidly about her fertility struggles.

But late on Monday she shocked Twitter followers by writing that Ioan had told her their marriage was over.

She said: “Sad news. My beloved husband/soulmate of 20 years, Ioan Gruffudd, has announced he is to leave his family, starting next week.

“Me and our young daughters are very confused and sad. We haven’t been given a reason except that he ‘no longer loves me’. I’m so sorry.”

Also known for roles in Titanic and Hornblower, Ioan admitted work schedules had kept the pair apart, saying last year: “We’ve ­struggled the past four years, making time for each other, because ­physically we’re apart.”