Gone but not forgotten. The royal family is celebrating their first Father’s Day since Prince Philip‘s death, but they made sure to include him in their tributes.

“To all Papas everywhere, and to those who may be missing their Dads today, we are thinking of you and wishing you a special #FathersDay,” Prince Charles and Duchess Camilla‘s Clarence House shared via Instagram on Sunday, June 20.

The caption accompanied three photos. One showed Charles, 72, as a toddler next to a young Philip. Other pictures included Camila’s father, the late Bruce Shand, as well as a photo of Charles with Prince William and Prince Harry.

The Duke and Duchess of Cambridge posted an animated “Happy Father’s Day” message, and they included photos of all the dads in their lives. In one photo, Philip and Queen Elizabeth II are surrounded by seven of their great-grandchildren. Another snap showed a young Harry, now 36, and William, now 39, with Charles while Prince George, Princess Charlotte and Prince Louis surrounded their dad, William, in another picture.

A post shared by Duke and Duchess of Cambridge (@dukeandduchessofcambridge)

The official royal family Instagram shared a photo that honored the Queen’s dad as well as Philip and Charles.

“To all dads everywhere, we wish you a very special Father’s Day,” the caption on a black and white photo read. “To mark #FathersDay we are sharing this photograph of The Queen with her father, King George VI, and Prince Philip watching a young Prince Charles sitting on a statue at Balmoral in 1951.”

Philip died of natural causes on April 9 at age 99. The Duke of Edinburgh passed 2 months shy of his 100th birthday.

The loss of the patriarch has been difficult for the royals. “[He] left a giant-sized hole in our lives,” Sophie, the Countess of Wessex, told BBC Radio 5 Live on Wednesday, June 16. “I think unfortunately the pandemic has slightly skewed things, inasmuch as it’s hard to spend as much time with the queen as we would like to. We’ve been trying to, but of course it’s still not that easy.”

Sophie, 56, added that she believes the pandemic has affected the mourning period. “The whole grieving process is probably likely for us to take a lot longer,” she said.

Prince Philip Through the Years: The Duke of Edinburgh’s Life in Photos

A royal insider told Us Weekly in April that Elizabeth, 95, was struggling in the wake of her husband’s death. 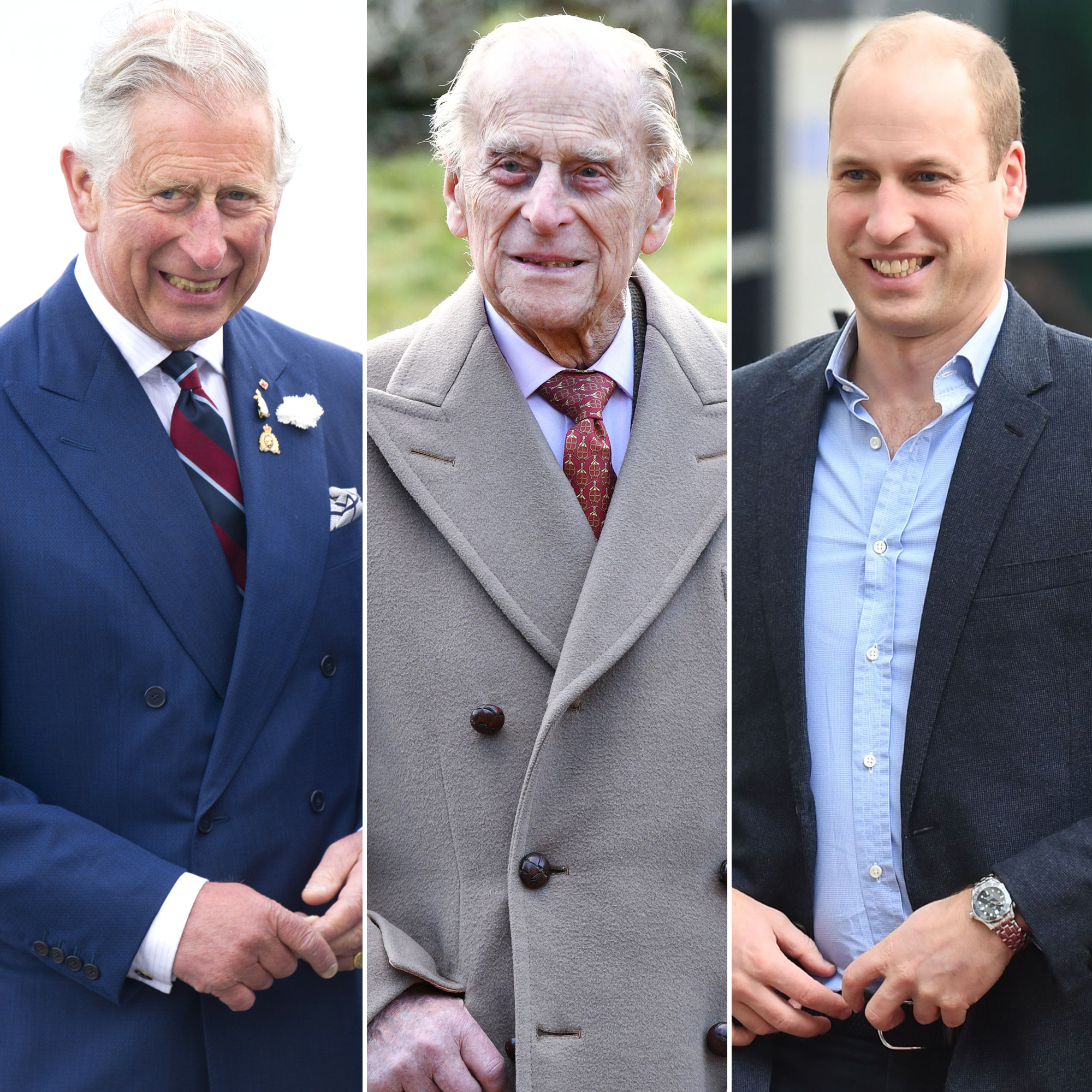 “Prince Philip’s passing has hit the queen harder than expected, but she’s remaining calm and collected,” the source explained. “She’s strong and I’m sure she’ll pull through.”

While honoring Philip, both William and Charles also included photos of Harry despite the ongoing rifts with the California resident. The Duke of Sussex’s candid commentary from his CBS tell-all, his Apple+ TV series The Me You Can’t See and other recent interviews has strained their relationships.

Another insider told Us that Charles and William were “livid” after hearing his comments in May.

“It definitely hasn’t helped with healing the rift,” the source said, adding the family doesn’t want to “engage” with Harry’s criticism. “They feel it was thoughtless and irresponsible of Harry to once again shade The Firm so soon after Prince Philip’s death, while the queen is still mourning the death of her husband.”