Jennifer Lopez and Ben Affleck’s relationship has been heating up just in time for summer. After Lopez’s shock split from ex-fiance Alex Rodriguez on April 15, the “Hustlers” star found comfort in the arms of another former flame: Batman himself. Shortly afterwards, Us Weekly reported that Affleck was spotted hanging out at Lopez’s Los Angeles home on multiple occasions — and in May, the pair celebrated Mother’s Day by jetting off to Montana. The summer of love continued full steam ahead for the two, who packed on the PDA “during a steamy, smooch-heavy dinner at Nobu” in June (via Page Six).

But while Lopez has been busy rebounding, Rodriguez has taken a different approach. According to E! News, the athlete believed that he and Lopez just needed some time apart to work through their differences and was therefore blindsided once Affleck entered the scene. “A-Rod is shocked that J.Lo has moved on,” an insider told the outlet on May 10, adding that he was especially hurt as she moved on practically at warp speed. “He truly thought they would be able to make it work and reconnect. He has been reaching out to J.Lo trying to meet with her, and she has been very short with him.” Happily, Rodriguez seems to be in a better place these days, which perhaps emboldened his former wife, Cynthia Scurtis, to come clean about her feelings in regard to Lopez. So, how does Scurtis really feel?

Did Cynthia Scurtis approve of J.Lo? 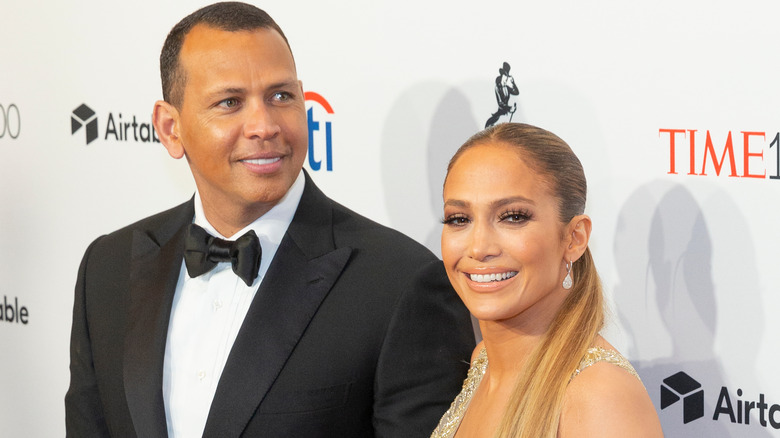 According to Us Weekly, Alex Rodriguez’s ex-wife Cynthia Scurtis wasn’t exactly Jennifer Lopez’s No. 1 fan. It seems that the singer’s presence in Rodriguez’s life prevented Scurtis from spending time with her ex and children. But now that he and Lopez have broken up, “Cynthia is spending more time with the kids and Alex together,” an insider told the outlet. “He’ll invite her to accompany them to certain events or just to go out to eat. It makes the girls happy to see their parents getting along well and getting to be together as a family again.”

It’s nice that Rodriguez and Scurtis’ daughters — Ella and Natasha — are experiencing some familial normalcy in the wake of Rodriguez’s split with Lopez, especially since the girls were said to be “devastated” and in “tears” due to the earlier breakup, per Stylecaster. According to the outlet, “Max, Emme, Ella and Natasha were in ‘total shock’ … as their parents had no time to prepare them before headlines started rolling in about the rumored split.” While Rodriguez isn’t looking to Scurtis for support, Us Weekly reports that he appreciates having her in his life again. “He’s … hanging with Cynthia because she and [her husband] Angel keep him company and are part of his inner circle that he trusts,” a source told the outlet. Right now it may be too soon for Rodriguez to move on, but time will tell what Scurtis thinks of his future partner(s)!