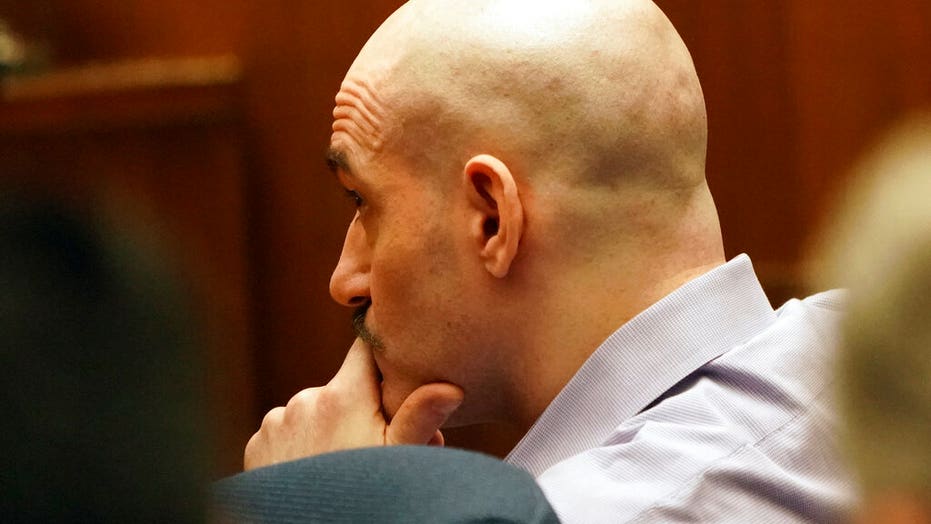 A Los Angeles jury recommended the death penalty Friday for the serial killer convicted of fatally stabbing two women — one of whom was actor Ashton Kutcher's friend – and attempting to kill a third in their Southern California homes.

During the penalty phase of the trial, where jurors deliberated for several hours over three days, both prosecutors and Gargiulo's defense delivered dramatic testimony, much of which centered on whether or not Gargiulo, dubbed the "Hollywood Ripper" and the "Boy Next Door Killer," was mentally fit to be executed.

A judge will make the final decision on Gargiulo's sentence on Feb. 28.

Defense attorney Daniel Nardoni pleaded unsuccessfully with the jury to spare Gargiulo's life, after presenting testimony from a psychiatrist who interviewed his client and close family– including his father and six siblings — for more than 300 hours. Nardoni determined that Gargiulo's childhood was wrecked with abuse and torture at the hands of his father and siblings, none of which Gargiulo said he recalls.

Psychologist Vianne Castellano said that from the age of two, Gargiulo, who grew up in Chicago, was brutally abused by his father, who hit him in the head with a baseball bat and golf club, held his hands over a stovetop until they burned and used his neckties to hogtie him, leaving him in a closet for days, the Los Angeles Times reported.

Gargiulo, 43, who remained emotionless for the entirety of the testimony and verdict, was ridiculed by his family as “the weak link, the sissy-boy, the designated whipping boy of the family.” 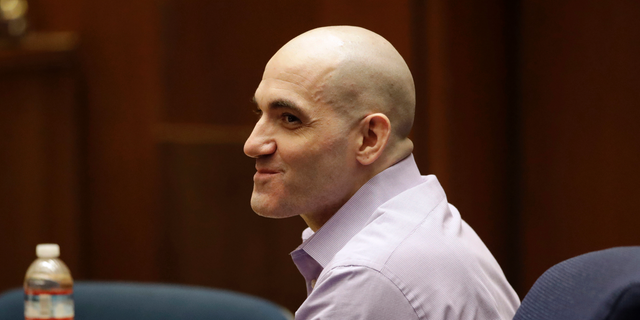 As a child, his siblings tied him to a stump in their backyard and made him watch as they blew up hamsters, gerbils and cats with M-80 firecrackers because they knew he loved animals, Castellano said.

Perhaps the most harrowing testimony came from Gargiulo's son, now 16, who was only 5 years old when his father was arrested in June 2008.

“I don’t see a psychopath,” Andrew Gargiulo told the jury. “I don’t see a murderer. All I see is my dad, and I would like him to still be alive so I can talk to him.”

Still, state prosecutors were relentless in laying out a case of a villainous murderer who abused and killed women for nearly 15 years before he was caught.

“When his son was 2, where was he? He was standing over Maria Bruno, removing her breasts,” Deputy District Attorney Garrett Dameron said during closing statements.

Gargiulo was convicted of killing 22-year-old Ashley Ellerin in her Hollywood home in 2001. Ellerin was scheduled to meet Kutcher for drinks on the night she died. 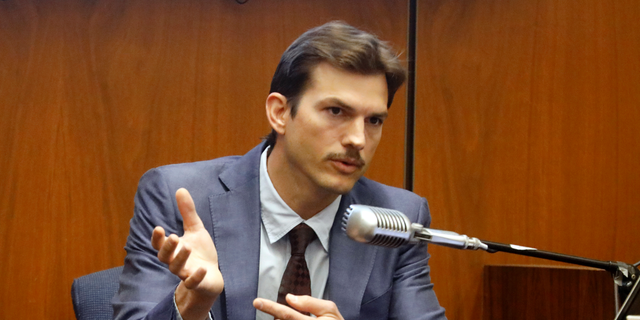 Ellerin, a fashion design student, was stabbed 47 times, and her body was found by her roommate in the hallway outside her bathroom.

Gargiulo was also convicted of the 2005 murder of mother of four Maria Bruno, 32, in her home in El Monte, an L.A. suburb.

Bruno, who lived in the same apartment complex as Gargiulo, was stabbed dozens of times, her breasts cut off and her breast implants removed.

The jury also found Gargiulo guilty of the attempted murder of Michelle Murphy in 2008. Murphy was stabbed while in bed at her Santa Monica apartment but was able to fight back, causing the attacker to cut himself. A trail of blood was linked to Gargiulo.

Gargiulo was arrested after attacking Murphy and charged with the two California slayings. It was also at that time that police linked him to the murder of 18-year-old Tricia Pacaccio in 1993. He is being tried separately in Illinois in connection with Pacaccio's murder. She was reportedly his friend's older sister.