After two acclaimed seasons of FX, including a 2021 Emmy nomination for Outstanding Comedy Series, What We Do in the Shadows is back with season 3 as it continues to chronicle the hilarious exploits of four vampire roommates — Nandor (Kayvan Novak), Laszlo (Matt Berry), Nadja (Natasia Demetriou) and Colin Robinson (Mark Proksch) — and their human companion Guillermo (Harvey Guillén). With the new episodes raising the stakes for all members of the Staten Island household, especially after the unexpected events that ended season two, Guillén opens up to ET about what this means for the fan favorite familiar moving forward.

“There’s been a change in him,” the 31-year-old actor says, teasing that this season fans will see a much bolder, more confident Guillermo, who was revealed to be a descendant of the famed vampire hunter Van Hesling and demonstrated his adept skills for staking.

“It’s so funny, the way that we left off with that huge finale — the killing of all the vampires in that theater — if you would have told me season one that that would have been the trajectory for Guillermo for the next couple of seasons, I would not have believed you,” he continues.

With his secret out, and his dedication to his vampires as fierce as ever, Guillermo is proving to be more than a submissive, vampire-obsessed familiar that audiences first met in season 1. In the beginning, “He whispered to them. He barely raised his voice,” Guillén says, that he did it out of fear of earning another demerit, prolonging his hopes of ever becoming a vampire. 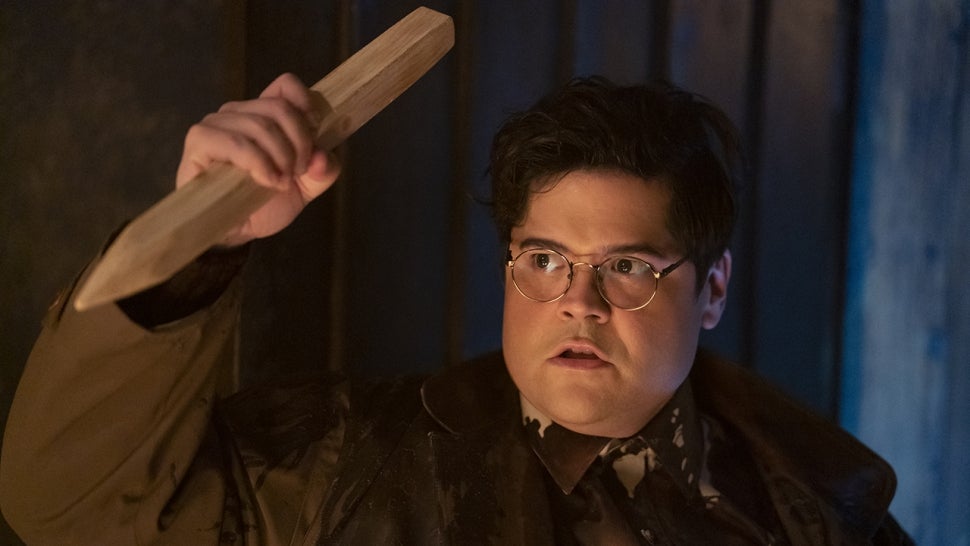 And in season three, especially after the vampires are elevated to power within the council and Guillermo is made their bodyguard, “He’s taking center stage because he knows now he might be a badass,” the actor says, noting how his character is even dressing a little bit sharper and standing a little bit taller. “This is the first step of being the person he’s meant to be, so he’s feeling confident in his own skin.”

But Guillén warns that Guillermo’s personal growth could be too much of a good thing, especially when it comes to his relationship with Nandor. “I will say that everyone has their breaking point and Guillermo definitely encounters that this season. He has this moment where he finally speaks his mind and that could be a good thing or it could be a bad thing.”

The actor adds, “We’ll have to watch and see, but the outcome will be entertaining regardless.”

And that breaking point may also force Guillermo and Nandor to confront their feelings for each other, especially after walking what Guillén describes as a “tightrope” for so many years together. Notably, at the beginning of season 3, Nandor refuses to kill his familiar, possibly unwilling to sacrifice the life of someone he knows has dedicated so much time willing to serve (and protect) him and his roommates.

“This season, that cannot be ignored. It’s no longer a question of brushing it under the rug. It is met head-on and whatever the outcome is was meant to be,” Guillén says. 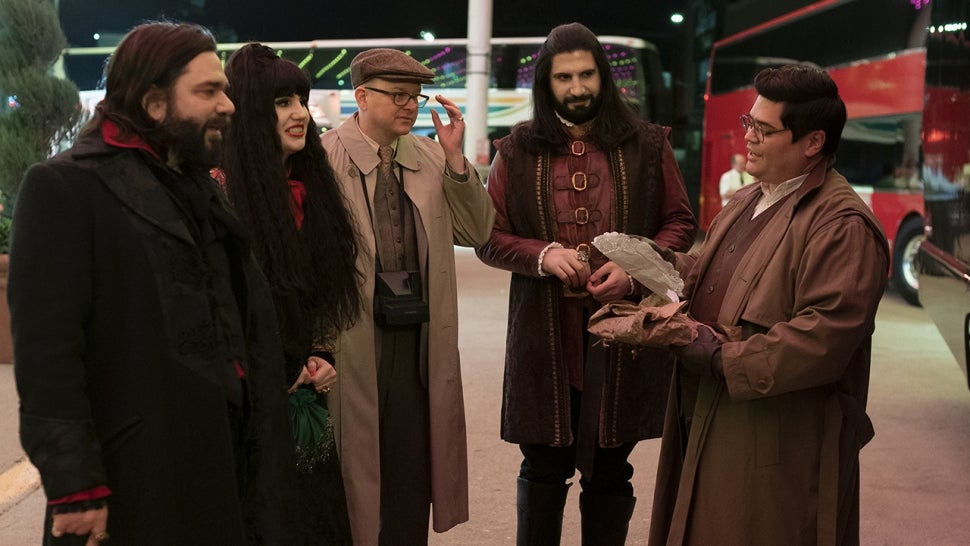 As for Guillermo’s personal life, especially when it comes to his sexuality, the actor teases that it may finally be explored as well. Openly queer, Guillén has said from the beginning of the series that he believes his character is as well. And while the series has seen the vampires engage in various queer, pansexual or bisexual interactions, the only human character has not had any explicit connection with another human or moment to explore his queerness so far.

“That’s something that we talked about that is important,” Guillén says, adding that “there’s a world where we finally address his sexuality. I would say that may be in a storyline later in the season.”

That’s not to say season 3 isn’t jam packed already. In addition to settling into their new positions of power, the vampires “will encounter the vampire from which all vampires have descended, a tempting Siren, gargoyles, werewolf kickball, Atlantic City casinos, wellness cults, ex-girlfriends, gyms and supernatural curiosities galore.”

And much like previous seasons, there will be a number of guest stars and cameos, from the return of Kristen Schaal as an unnamed vampire, “Floating Woman,” to the promise of many others. “We definitely have more guest stars and there will be some old favorites that might make an appearance,” Guillén says, teasing that there have been plenty of hints made in the teasers released ahead of the premiere. “If people do their sleuthing, they could put a couple of Easter eggs together. The clues are out there, I’ll say that.

What We Do in the Shadows returns to FX on Thursday Sept. 2 with two episodes starting at 10 p.m. ET. New episodes are also available to stream the next day on FX on Hulu.