Harry Styles has become known and loved by fans for supporting the LGBTQ+ community, and he delivered a heartfelt speech while on stage in Oslo following a shooting during Pride celebrations.

Two people were killed in a mass shooting outside a gay bar in the early hours of Saturday morning after a gunman opened fire in Oslo’s nightlife district.

More than 20 people were wounded in what was described as an ‘Islamist terror act’, leading to thousands of protestors coming together for a rally, defying requests from Norwegian police to cancel a Pride event amid fears for a reprise attack.

Pride flags have come as synonymous with Harry Styles concerts as flared trousers and feather boas, and the Watermelon Sugar hitmaker raised one on stage last night to show solidarity with the community.

The 28-year-old took to the stage at the Telenor Arena in Oslo, Norway as part of his Love On Tour shows, telling the crowd that he is ‘very sorry’ following the awful incident.

‘I am well aware that, right now, this means more to you than it ever has before,’ he began, holding the rainbow flag above his head. 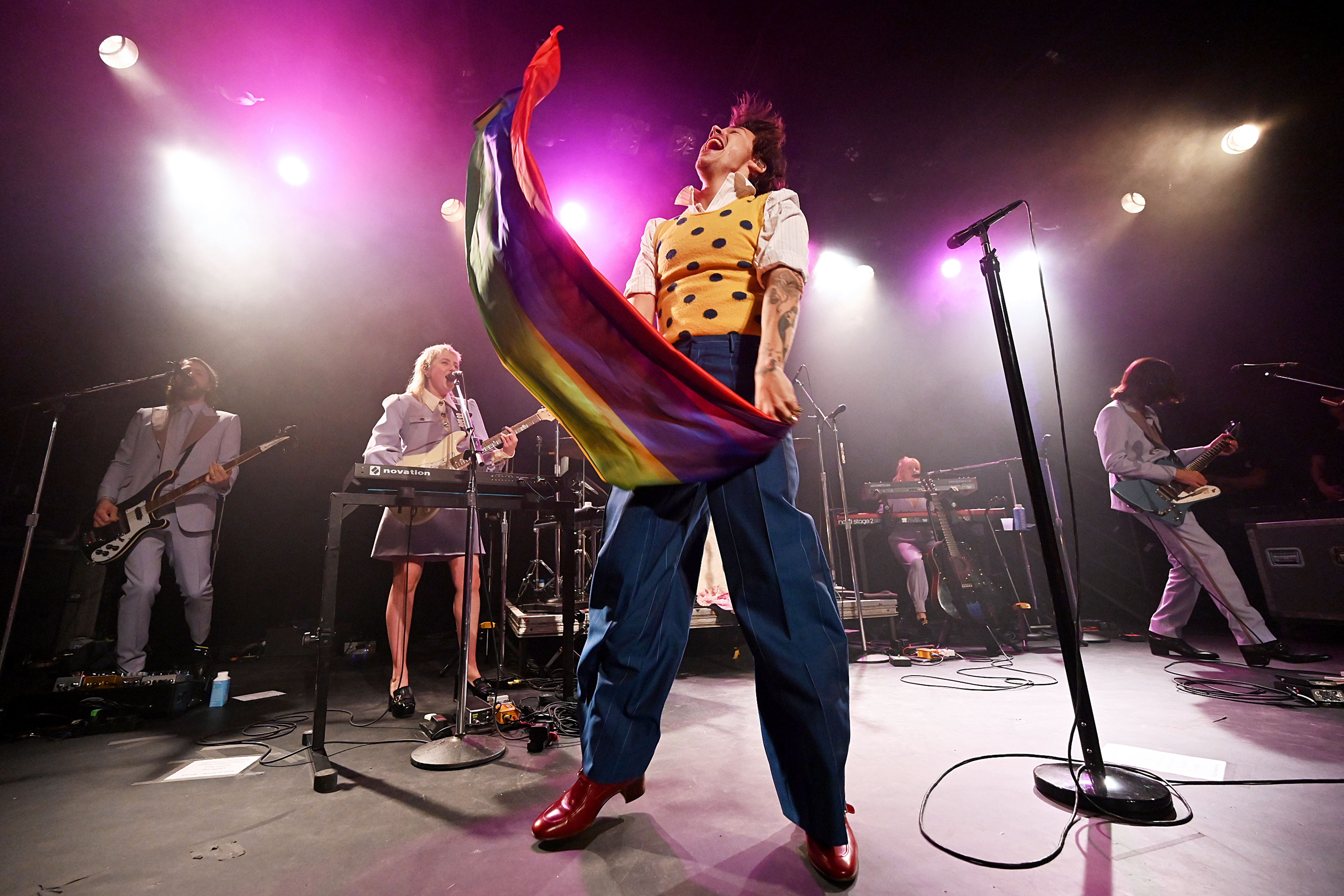 Harry continued: ‘I just wanna tell you that I’m very sorry and I hope you all feel safe in here with each other.

‘The thing that I am most proud of in my life is getting to play in front of such an incredible, loving group of people every night. It is an honour, I thank you so much. The atmosphere that you’ve created here, allowing people to feel safe and to be themselves, and I know that in difficult times, it is hard to feel like you can make a difference, and I promise you that each and every single one of you make a difference by the small choices, the tiny choices that you make every day to be that little bit kinder to someone, to do that little bit extra for someone – it makes the difference.’

Continuing to empower his young fans, he added: ‘There are old people, and I promise you that they don’t stand a chance against you because this room of people, you are the future.

‘I love you so much, I thank you for allowing me to do this, I encourage you, even in the darkest times, to love more, to give more, to embrace more, be kind more, and I promise you it makes a difference.’

Harry concluded by encouraging the audience to ‘pump all the love that you have into this room’ for the remainder of the concert.

Minutes after the tragedy in Oslo, the shooter, Zaniar Matapour, was arrested and held on suspicion of murder, attempted murder and terrorism.

The 43-year-old Norwegian citizen, who is originally from Iran, has not yet offered any explanation to detectives.

Meanwhile, Harry continues to spread love and positivity across Europe following his tour dates in the UK, well and truly living his best life after his recent album, Harry’s House, topped the charts for a fourth week.

The former One Direction star may have left fans devastated after he didn’t turn out to be Glastonbury’s surprise performer, but we’re sure he’s more than making up for it with his own shows.

But Harry isn’t just a singer, oh no. There’s actually nothing he can’t excel at, it seems, as the musician is also set to release his first clothing collection with designer brand, Gucci.

Oh, and he’s got two movies coming out this year too, no biggie.