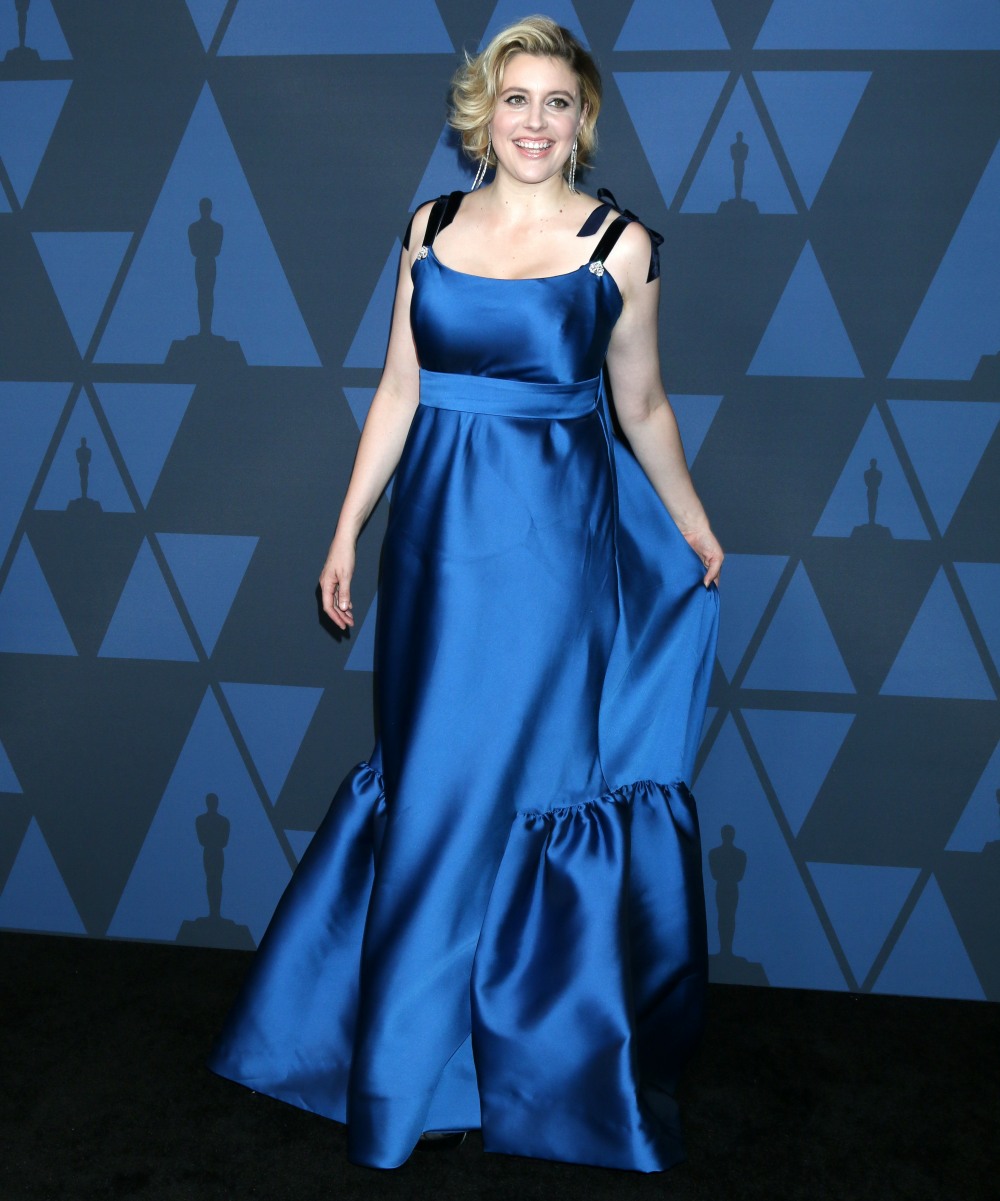 Critics who have seen Little Women at early screenings have been giving the film positive reviews and buzz. I’m still… waiting. It comes out on Christmas, so I’ll be waiting for a while. It *is* such a Christmas movie, so I understand the release date, but it also concerns me because the awards season is so compressed and that Star Wars movie is coming out and I just think Little Women will be lost in the shuffle. Maybe that’s on purpose, because… just my opinion, it doesn’t look very good. Saoirse Ronan and Timothee Chalamet are fire, but everything else looks struggling. Anyway, the script was adapted by Greta Gerwig, who directed it as well. She’s been doing a lot of advanced promo interviews for it too. She chatted with the New York Times recently and there were some interesting moments:

The modern dialogue: Reading the novel again as an adult, Gerwig, who is 36, was struck by how modern its dialogue felt once she brushed away the dusty surrounding material. “Things were jumping out at me that I felt like I’d never heard before,” Gerwig said, like Marmee telling her daughter Jo: “I am angry nearly every day of my life.” Gerwig said, “That’s not something you think of as Marmee saying, except that it’s right there in the book. She says it.”

She searched for “the thing underneath”: What she found was Alcott’s depiction of “all of these inappropriate emotions for young women to have.” Gerwig’s adaptation feels modern. But “I didn’t invent it. It’s there.”

How she pitched the movie to Amy Pascal: “I guess I went in and told her that I was the only person to make the movie, and that I thought it was about art and women and money.”

How parts of the film are relevant today: The film opens with Jo walking into the offices of the Weekly Volcano and offering a short story to its publisher, Mr. Dashwood. He scans it, laughs at its jokes, crosses out whole pages and underpays her. “I felt like it could have been written yesterday, sitting with an executive at a studio,” Gerwig said of the scene. Mr. Dashwood tells Jo to bring him more material, and to make sure that her characters are married by the end — “or dead, either way.”

She was pregnant as she shot the film: “I didn’t really intend for it to be that way. It’s just that at the beginning, you don’t tell anyone. And then at some point, I realized, ‘Well, maybe I’ll just make it to the end, and no one will know.’ And then I did.” In the spring, she delivered her rough cut to the studio, and 24 hours later, she went into labor. “The baby was like, ‘All right, let’s do this.’”

Whether she’s wearing a wedding ring & is secretly married to Noah Baumbach: She’s asked if she’s married and she says “Oh, no.” I had noticed she was wearing a ring, I said. “Yeah, that’s a — that’s true, but — yes — no, but I’m not married,” she said. Then she added mischievously: “Yet.”

[From The NY Times]

The NYT also says, having seen the film, that Gerwig doesn’t do a straight chronological narrative, that everything jumps around in time as we see the March girls as almost-women, then a flashback to their childhood, and on and on. Gerwig says she studied Louisa May Alcott’s life deeply, and she learned the Alcott was basically forced into marrying Jo off to someone, although everyone would have preferred Jo to end up with Laurie. Alcott basically had Jo marry the professor as a joke and a f–k you to her readership. So remember that when people start writing treatises about how Laurie actually belongs with Amy. They don’t belong together and Amy is the worst. It was just Alcott trying to explain why Laurie and Jo wouldn’t be together in the end. 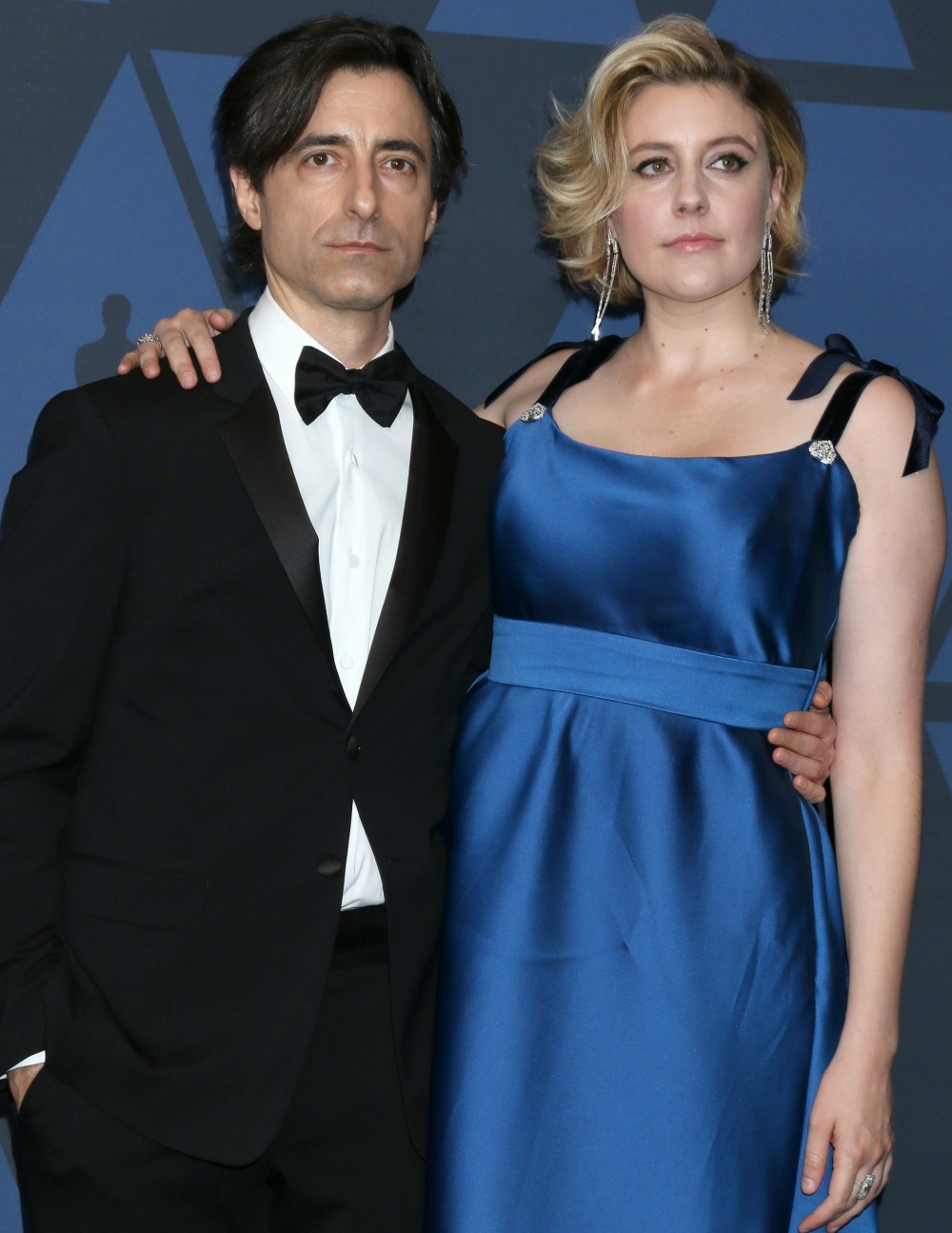