A pinnacle task for Herbert no thanks to the pandemic’s impact on production: Tearing down all the sets she previously built on the hit series at Paramount Studios and rebuilding them at Sunset Gower.

You can listen to our conversation below:

Two weeks of shutdown in early 2020 turned into months with Herbert finally receiving word in November of that year that she had to “put six years of work into the dumpsters.”

“That was really rough,” she adds on today’s Crew Call, “We tore millions of dollars of sets apart and put them in the trash…We kept the set dressing in storage.”

But then a month later, Herbert got the call that Grace and Frankie was indeed returning and moving to Sunset Gower. One of the biggest challenges, more than the logistics of new stages, was the fact that building supplies were hard to come during the pandemic. I.E., one of the intriguing elements of Sol and Robert’s kitchen was a unique terracotta tile from Central America used in their initial set. However, the tiles weren’t available for 12 weeks, so Herbert and her team manufactured fake ones as a work-around. 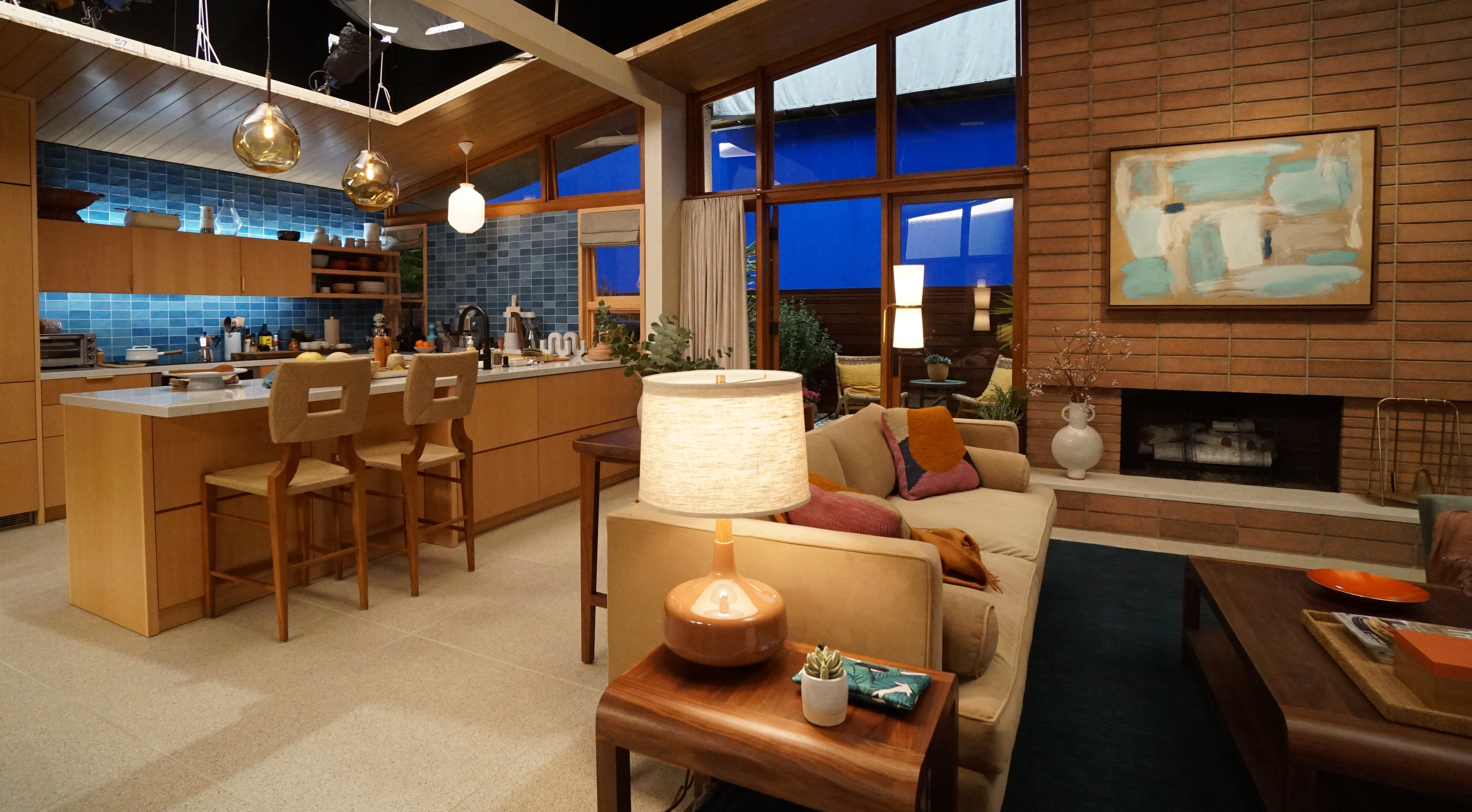 But aside from reconstruction, a unique build in season 7 for Herbert was constructing the show’s seventh and final permanent set, a fave of hers: Brianna and Barry’s (June Diane Raphael and Peter Cambor) mid-century house. It’s not often that sets are built on a comedy series in its seventh season.

“It’s stylish and clean like Brianna, but warm like Barry,” explains Herbert about her inspiration, “Barry has brought so much warmth in her life.”

“He really pushed her to open up emotionally and commit to him, so I wanted that to be presented visually and for this to be a safe harbor of their  relationship.” 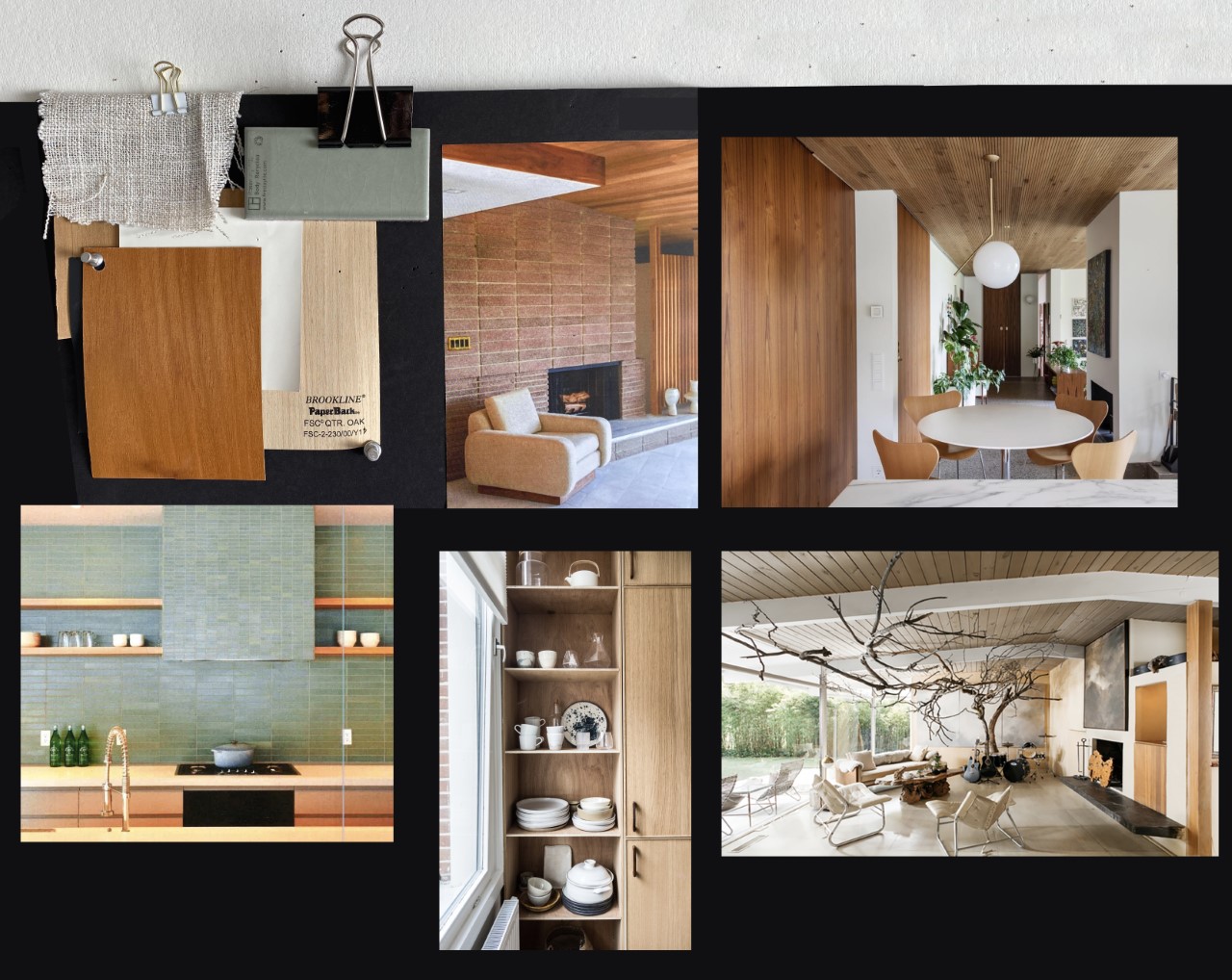 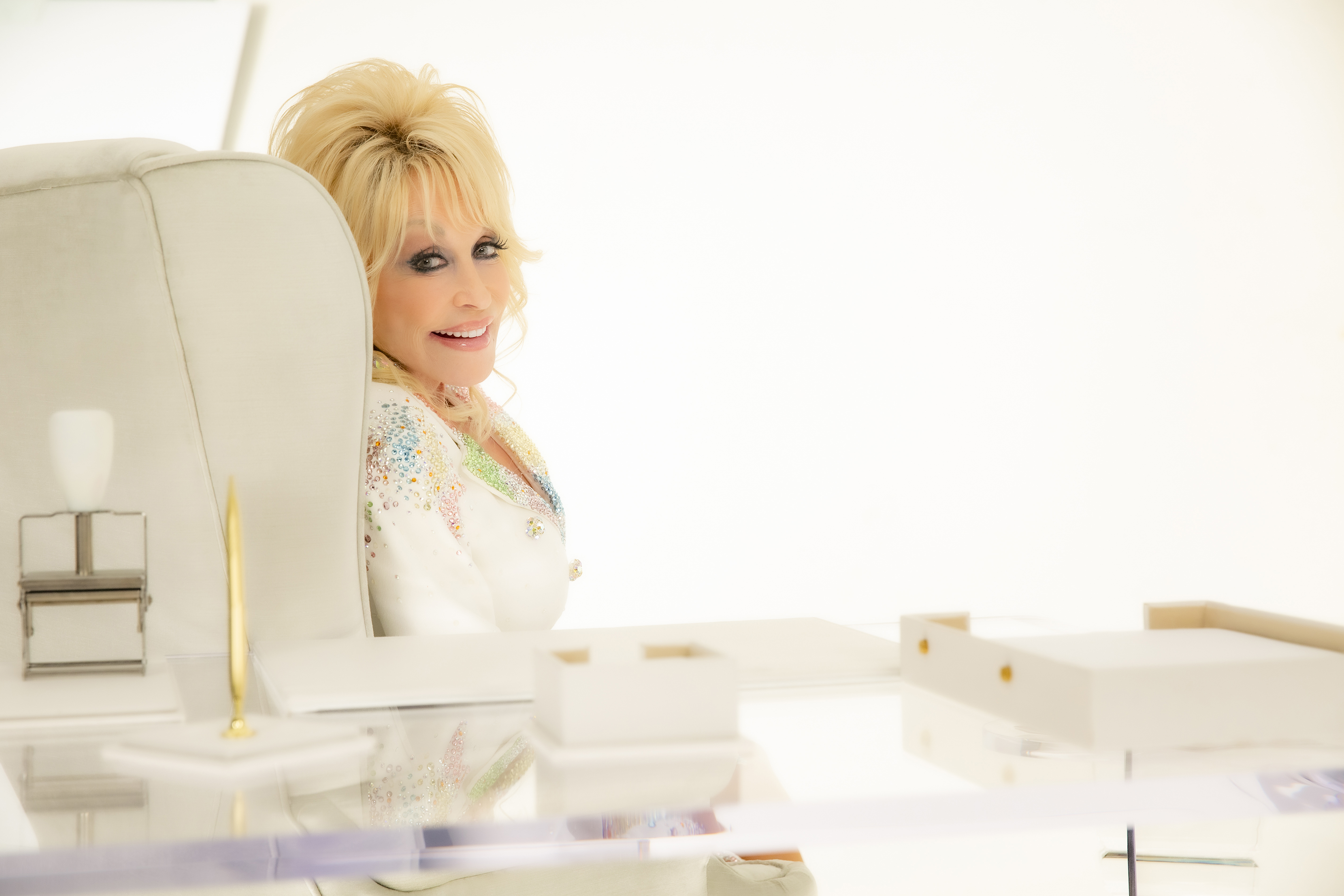 Other key builds during Grace and Frankie in what is clearly the most ambitious season ever from a design point of view included recreating Dolly Parton’s waiting room in heaven (think 2001: A Space Odyssey), designing the U.S./Mexico border (a challenge to get the toll booth material) as well as a grand finale that included a wedding and a funeral all rolled into one.

Says Herbert, “The look of Grace and Frankie, more than any show I think I worked on, is really integral to the story. The sets themselves are characters and the sets mirror what’s happening to the characters a lot of the time.”