The Bush lead singer enjoyed a sunny stroll with the unidentified woman in Beverly Hills, as the pair looked to be quite cozy with each other.

Gavin Rossdale was spotted on a cozy stroll with a mystery brunette in Beverly Hills on Saturday (January 22). The 56-year-old lead singer of the band Bush looked to be enjoying himself as he linked arms with the unidentified woman while they did a little window shopping. Gavin rocked a short-sleeved shirt covered in a floral motif and black jeans, while sporting dark sunglasses and a pair of fresh sneakers. His companion dared to impress with a royal blue top, a set of designer daisy dukes and a sleek black leather jacket. With her raven hair held in place by white sunglasses, she stomped the pavement in open-toed stilettos.

Although it wasn’t clear who was snuggling up to Gavin, she did look similar to the woman he was seen out with last month, also in Beverly Hills. On that date, the pair had stepped out with an adorable white dog in a stroller. Gavin rocked a camouflage sweater and denim pants, while the mystery partner donned a plunging red mini dress and thigh-high, snakeskin boots.

Before Gavin was linked to the mystery woman — or women — he was reportedly dating an Instagram influencer named Gwen Singer, who is six years younger than his oldest daughter Daisy Lowe, 32. “Gavin and Gwen both find each other hot and they’re having fun together,” a source told The Sun. “It’s still early days because they have only known each other a few months but it is all going well.” 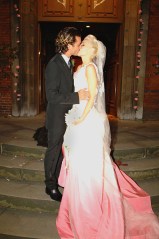 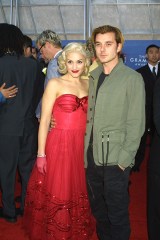 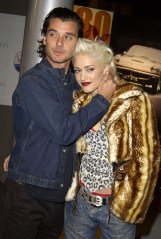 Gavin’s whirlwind romances come six months after his ex Gwen Stefani walked down the aisle with Blake Shelton. The couple were married on Blake’s 1,500 acre Oklahoma ranch in a wedding officiated by close friend Carson Daly. Gavin was not in attendance of the wedding. Sources told HollywoodLife EXCLUSIVELY that Gavin and Gwen “don’t have a relationship except for the kids” and “communicate as minimal as possible.” They added that Gavin wasn’t “phased” by Gwen’s second marriage and there was “zero surprise” about him not being included.