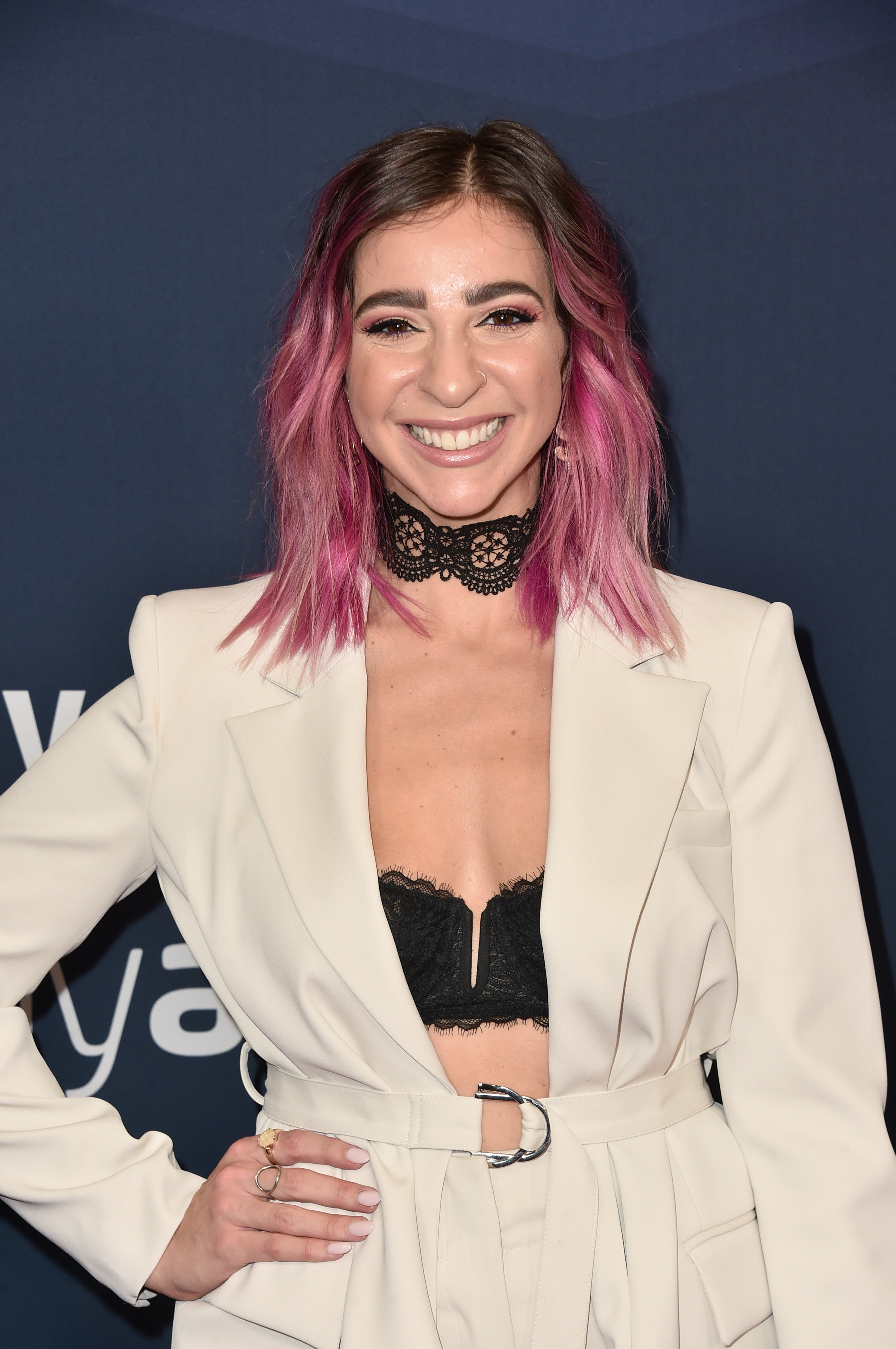 Gabbie Hanna wears a lot of hats. She’s a singer, YouTuber, actress, and, with the release of her September 2017 book Adultolescence, an author. Hanna has penned multiple poetry books, and they’ve landed her in the middle of one of the biggest internet feuds to date. After drama channel YouTuber Rachel Oates unleashed a scathing review on Hanna’s debut book, bad blood began brewing. Gabbie Hanna and Rachel Oates’ poetry book drama is intense, and it’s far from over.

Hanna and Oates have taken shots back and forth at each other for years, and those who are new to the ~dramz~ may wonder how it all started. When Hanna first published Adultolescence (which became a New York Times bestseller), Oates got her hands on a copy. She slammed Hanna’s poetry writing skills, and posted a critical review that went viral. Oates also had less than positive things to say about the corresponding sketches for each poem. Her viral video incited fans to do the same. Hanna’s poetry was mocked on Twitter by countless others. Oates wound up posting about Hanna’s poetry in three separate videos after the first went viral.

In April 2020, Hanna finally responded to Oates’ critiques. She posted a video pointing out poetry is subjective. Naturally, Oates criticized Hanna’s response to the criticism, essentially pointing out she’s entitled to post an honest review. "I, in particular, am criticizing [her poetry] because it’s lazy and poorly written," she said, not backing down.

Despite the negative response to her first book, Hanna sent her second poetry book Dandelion, to Oates. Likely hoping for a more positive response the second time around, Hanna received anything but. Once again, Oates unleashed a scorching review on her poetry.

The video only incited more drama between the YouTubers. While the review of Dandelion focused on Hanna’s art, Oates claims Hanna took it personally and reached out to one of her friends to try to get Oates to stop filming reviews of her poetry. A pinned comment from Oates below the video said she was done with Hanna’s "childish" drama.

"Update: All the respect I had for Gabbie for growing and reaching out and sending me this book? Gone," Oates wrote. "Completely. Straight after this video was published she went crying to our one and on my mutual friend about it in an attempt to guilt trip me and ask I not make anymore. I’m so over all that childish drama. You sent me a book, it got reviewed. That’s how the world works."

After that, it seemed like the drama had simmered between the girls, but, a year later, the feud was reignited. Seemingly out of the blue, Hanna took to Twitter to defend her writing.

She made it clear she’s not here for haters, and labeled those who were dragging her poetry as "insecure."

“Because I frankly don’t give a f*ck anymore — I think it’s really lame that a bunch of non-creative, insecure, neurotypical people dragged my poetry for months for views on YouTube and TikTok instead of creating their own art," she wrote.

Hanna went as far to call Oates a "monster."

After catching wind of Hanna’s tweets, Oates responded yet again. She defended herself in a now-deleted post on Instagram by explaining she never took aim on Hanna’s character and focused her critiques on her poetry.

“Oh look, she’s creating drama again by tagging me in posts telling ME of all people, I ‘don’t understand neurodivergent brains’. It’s been a month since I reviewed any of her work, just accept the constructive criticism and write better," she said. "I critique work, not people. Actions, not people. Poetry, not people," Oates added.

When it comes to this year’s-long feud, there’s no resolution in sight.