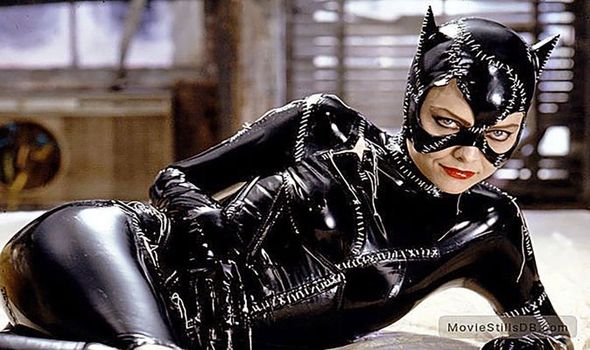 Critics are already feting the veteran actress’s performance in French Exit, which follows New York former multi-millionaire Frances as she cashes in the last of her possessions and moves to a borrowed apartment in Paris with her directionless son Malcolm (Lucas Hedges) and a cat named Small Frank – who may or may not embody the spirit of her dead husband.

But Pfeiffer’s real-life story could not be further from her character’s.

A happily working-class daughter of an air-conditioning contractor from the unfashionable Californian town of Santa Ana, Orange County, Pfeiffer now lives the sort of glamorous movie star life her younger self could scarcely have dreamt of. And she is proud to say that she did it all on her own.

“But I’m really good at following breadcrumbs and putting one foot in front of the other and figuring things out. So it’s a combination of courage and naiveté, really, because I don’t always know what I’m getting myself into until I’m in the thick of it – and then it’s too far to turn back.”

Determined to be successful since childhood, she confesses that she is a perfectionist to this day and has a pretty impressive CV under her belt with award-winning performances in 1980s films The Fabulous Baker Boys and Dangerous Liaisons, starring John Malkovich with whom Pfeiffer had an affair.

She went on to become one of the industry’s highest-paid actresses, starred as Catwoman in Batman Returns, took five years off, and returned in 2007 with acclaimed roles in the summer blockbusters Hairspray and Stardust.

With French Exit, Pfeiffer proves that she is still a hugely bankable star – thanks perhaps to the meticulousness with which she has executed and plotted her roles. “I have an attention to detail that is just crazy-making,” she sighs, laughing.

“You drive yourself nuts and then you drive everyone else nuts around you because half the time they can’t see what you’re getting upset about. One of my nicknames isThe Princess and The Pea, because I literally can feel if my haircut is lopsided. Maybe I’m crazy, I don’t know. But I swear I can feel it if it’s shorter on one side than on the other!”

Luckily for those around her, she has very little to complain about in her life right now. Deliriously happily married for 27 years this November to successful screenwriter David E. Kelley – the  man responsible for Ally McBeal and Big Little Lies – she  lives in peaceful Palo Alto, far from the bustle of Los Angeles, works when she chooses, and is a devoted mother to two happy and healthy young adults: 28-year-old daughter Claudia, adopted when Pfeiffer was still single – “I just decided one day that I was tired of waiting,” she shrugs now – and Claudia’s younger brother, Michelle and David’s 27-year-old biological son, John.

“The older they are, the more you get to enjoy a friendship and a connection on an adult level,” she smiles of the two. “I’m very proud of them because – oh, where do I begin? Because they are empathetic and thoughtful young adults and really, really decent people.

“I’m proud of a lot of other things about them, but those are the first and foremost qualities. You’re going to make me cry now!”

She admits that the Covid lockdown last year made it difficult to see as much of them as she would have liked.

“Although I was able to see them over the (Christmas) holiday, which was amazing and a great treat because I hadn’t really seen them all year. They live in different cities and have taken flight. They have their own lives and I miss them terribly, and yet I’m also proud of them and happy that they are so independent and resilient.”

Meanwhile, she and David are more than happy pottering around the house on their own. “We don’t argue very much,” she says.

“I mean, we’ll have a strong difference of opinion a lot of the time, but I think we communicate pretty well – I guess we must because we’ve been together such a long time now. And we make time for each other, and always have. I think it’s easy, especially when you have a family and you both have busy careers, to forget to make time for each other, and we’ve always done that.”

A homebody, she says she’s not much of a traveller.

“I don’t love it,” she admits frankly. “I mean, I like a lot of different places – I like New York, and I like the Italian countryside, and Paris is also a good one but in normal times I do a lot of travelling, and maybe it’s because I do do a lot of it and has roles ever not by choice, that given my preference, I’d rather stay in one place.

“I am a creature of habit and I like to have my stuff around me and my routine all set up, and if that’s upset for too long, I start to feel kind of unsettled. So I don’t like to move around too much because I don’t like the anticipation of having to uproot myself.”

Despite this, Pfeiffer is, she says, an excellent packer of suitcases.

“I’m really good at it,” she says proudly. “I don’t like checking my luggage, so I can pack carry-on to last two weeks. I’m very spatial and I use every inch of the suitcase, and I’ll tell you the secret, which is, basically, instead of folding stuff, you just lay it out as flat as you can, and that way it also doesn’t get wrinkled, you just take it out and it’s as flat as if it’s just been pressed. Shoes on the bottom and fill in every single hole but then you have to get someone else to lift it because it’s really heavy.”

“And I’m also realising how easy it is to get caught up in the trap of thinking you need things or want things which are only stuff, and I think at

Maybe not the romantic lead the end of the day we are all realising that it’s just stuff.

“What matters are the things we weren’t able to have during that time, which were those connections with other people. And I think that realising that is ultimately going to be a very good thing that comes out of this last year.”

At 63, she’s no longer playing the sexy young thing in movies, a life passage that, for instance, her former co-star and good friend George Clooney, who himself has just turned 60, admits to finding something of a relief.

She splutters with laughter. “That’s great for him, but I’m sorry, he still looks sexy!” she chuckles. “Even with his big beard and his skinny old self that he had in his last movie (The Midnight Sky), he still looks pretty great.

“But, yes, things are changing for me, in that I’m not going to be the sexy lead any more, and that’s fine – I’m not sure I ever really enjoyed that anyway.”

In contrast to many actresses who claim that the number of roles they are offered thin out with every year, Pfeiffer says there is movie work out there if you want it.

“I do feel there’s a lot more opportunity out there for women of my age,” she says, “not only women over 30, but women over 60 and even women in their seventies. Maybe you’re not the sexy romantic lead, but the parts you do get are more interesting.”

And the discerning woman known as The Princess and The Pea nods her head in undisguised self-satisfaction.