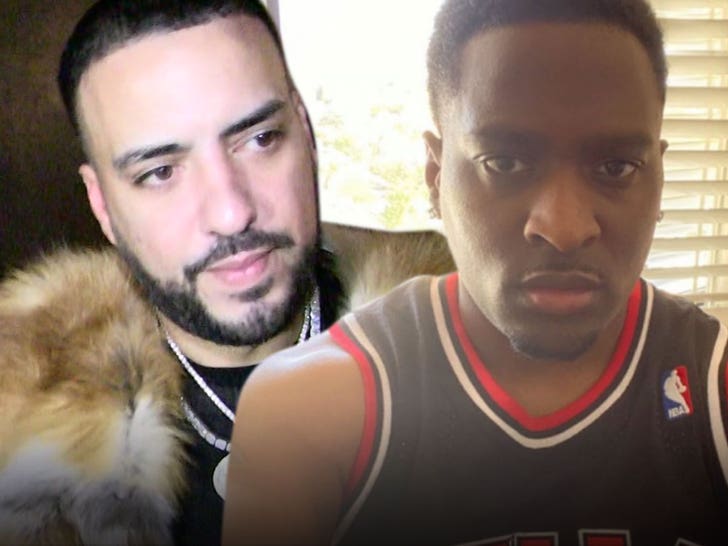 French Montana could be getting dragged to court soon ’cause a rapper is accusing him of stealing his lyrics … and, he is demanding French settles it soon, or else.

‘Hot Boys’ rapper Turk had his lawyers fire off a demand letter to French Montana’s lawyer, claiming French ripped some of their client’s lyrics for his 2021 song, “Handstand”.

According to the letter, obtained by TMZ … Tab Virgil Jr., aka Turk, claims French lifted lyrics from his group’s 1999 hit, “I Need A Hot Girl” without permission … and say, FM’s track with the stolen lyrics has already scored more than 17 million views on YouTube.

In case you didn’t know, The Hot Boys was a hip hop group formed in the ’90s … the members were Lil Wayne, B.G., Juvenile, and Turk.

The song, “I Need A Hot Girl”, was a huge hit for the group and even appeared on Billboards Hot 100.

In French Montana’s song, Doja Cat and Saweetie join him to sing “I need a project b****, a hood rat b****. One don’t give a f*** and say she took that d***”. These are close to the exact lyrics Turk claims he wrote and performed in the throwback song.

A source with direct knowledge tells us French had actually purchased the beat and the hook with the understanding all was clear. However, there must’ve been some sort of confusion … nonetheless, we’re told French’s team is already working to rectify the situation.

Turk’s attorney, Paul M. Aloise Jr. of the Brooks LeBoeuf law firm, says they’re willing to settle out of court … so hopefully all will be resolved soon.