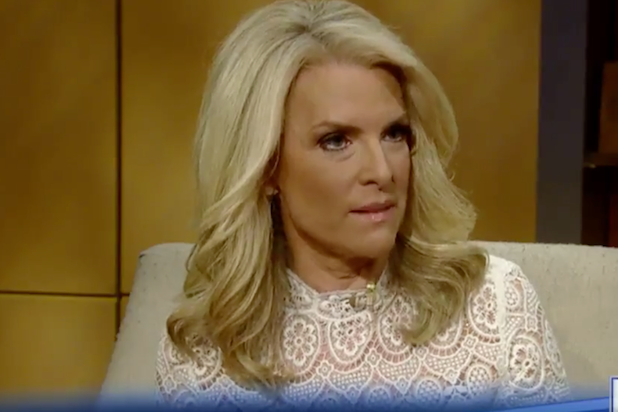 The easy banter on CNN between the Cuomo brothers about the pandemic crisis was the catalyst for Fox News’ senior meteorologist Janice Dean speaking out against New York governor Andrew Cuomo last summer.

Last spring, personal tragedy struck Dean’s family when both of her in-laws, Mickey and Dee Newman, died of COVID-19 in a New York long-term care facility. She attributed their deaths to Cuomo’s March 2020 edict that recovering COVID-19 patients be placed in nursing homes. At that time, most coverage of the governor and his handling of COVID-19 was nothing short of glowing, including on CNN, where his brother Chris has been employed since 2013 and has hosted “Cuomo Prime Time” since 2019. The on-air humorous chatter of the brothers during that time of tragedy was unbearable for her. She just could not reconcile her grief with the image of him joking around on primetime television.

“I just said, ‘Why aren’t people covering this?’ And then, finally, I saw Cuomo and his brother on CNN yukking it up with the cotton swab,” she told TheWrap referring to a segment in which the governor was tested on-air for COVID-19. “And that’s when I got furious.”

What came next put Dean and her family’s saga directly in the spotlight, though she admits her husband wasn’t initially thrilled about her crusade, given he’s so private: she went public with her grievance.

Even she felt uneasy discussing the topic since she’s “not a political person” and usually sticks to the weather. Still, Dean is used to sharing her life — from stories about her kids to her battle with multiple sclerosis — with her Fox News viewers, so she set out to call attention not only to what happened to her in-laws, but what was happening to families of elderly people all around the state.

“If anyone was gonna raise awareness, I figured I had to be one of them,” she said of the decision to use her platform to call attention to the situation. “When I found out he was writing a book, I thought it was a joke. I thought, ‘What governor, in the middle of a pandemic, has the time to write a book?’ Especially one that has lost — at that time it was like 25,000 New Yorkers and at that time it was 6,000 nursing home residents. How is it that he is getting a pass on TV and not being asked these questions that really should be one of the biggest stories in New York history?” 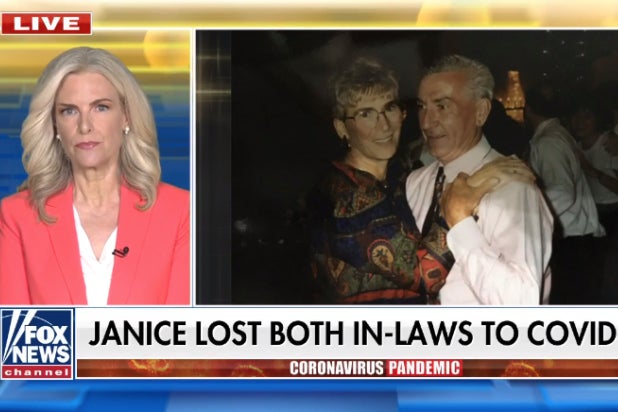 Fox News’ Janice Dean reports on the death of her in-laws due to COVID-19 (Photo: Fox News)

Dean appeared on “Tucker Carlson Tonight,” published an op-ed in USA Today and started tweeting and talking about the nursing home deaths on-air as much as possible. The result was significant blowback at a time when the governor was promoting his book about his pandemic leadership and snagging an international Emmy award for his televised coronavirus briefings.

Not only was she engaged in a PR battle with Cuomo’s office, but Dean even fought with celebrities like Ben Stiller, who eventually apologized to her after initially defending the governor in a Twitter battle.

Of late, Gov. Cuomo hasn’t been getting the same treatment in the media and online that he was during the early days of the pandemic when his daily briefings were hailed as must-see TV and viewers proudly branded themselves “Cuomosexuals.”

A New York Times story earlier this month reported that the governor’s aides had hidden the amount of actual nursing home deaths in the state. Then, there was the avalanche of sexual misconduct accusations. The tide turned quickly after that: Crown Publishing said Cuomo’s book wouldn’t be getting a reprint and CNN’s Chris Cuomo announced he wouldn’t be able to cover his brother anymore. The days of prop-based interviews came to an end as the governor denied the accusations and announced in press conferences he will not be stepping down, even as more and more leading Democrats demand it.

Asked if she feels somehow vindicated or, at least, prescient now, Dean said no.

“We’ll never get my husband’s parents back, and that’s always sort of what I want to go back to, [that] we lost them and that’s the greatest tragedy of all of this,” she said. She still wants to see the full investigation of Cuomo’s administration’s handling of nursing homes in the pandemic along with the investigation into the misconduct accusations. A few weeks ago on “Fox & Friends,” she called for the governor to be jailed. Dean told TheWrap that if investigations into what happened following that March 2020 order reveal criminal activity, she still believes anyone involved should be held accountable.

“I think there is a bigger issue a more corrupt issue that’s criminal involved in the process of the March 25 order and if that’s the case, then those people do need to be prosecuted and put in jail,” she said.

Dean’s in-laws, Mickey and Dee, inspired her to speak out, but she also pointed out there was more to who they were than the circumstances under which they died.

“They were true New Yorkers, like the real definition of ‘New York tough,’ like the governor used to always call himself,” she told TheWrap. Dean gushed over Mickey’s time in the armed forces, Dee’s dedication to her family and the fourth-floor, rent-controlled Brooklyn walk-up they lived in for years that was “right out of the movies.” They would have been married 60 years this past February.