Having a blast! Jennifer Aniston, Lisa Kudrow and Courteney Cox reunited to celebrate the 4th of July in California.

‘Friends’ Cast Reuniting Through the Years

The former Friends costars, who played Rachel Green, Phoebe Buffay and Monica Geller on the show, posed for a selfie on Sunday, July 4, in between soaking up the L.A. sun and mingling with other Hollywood A-listers. 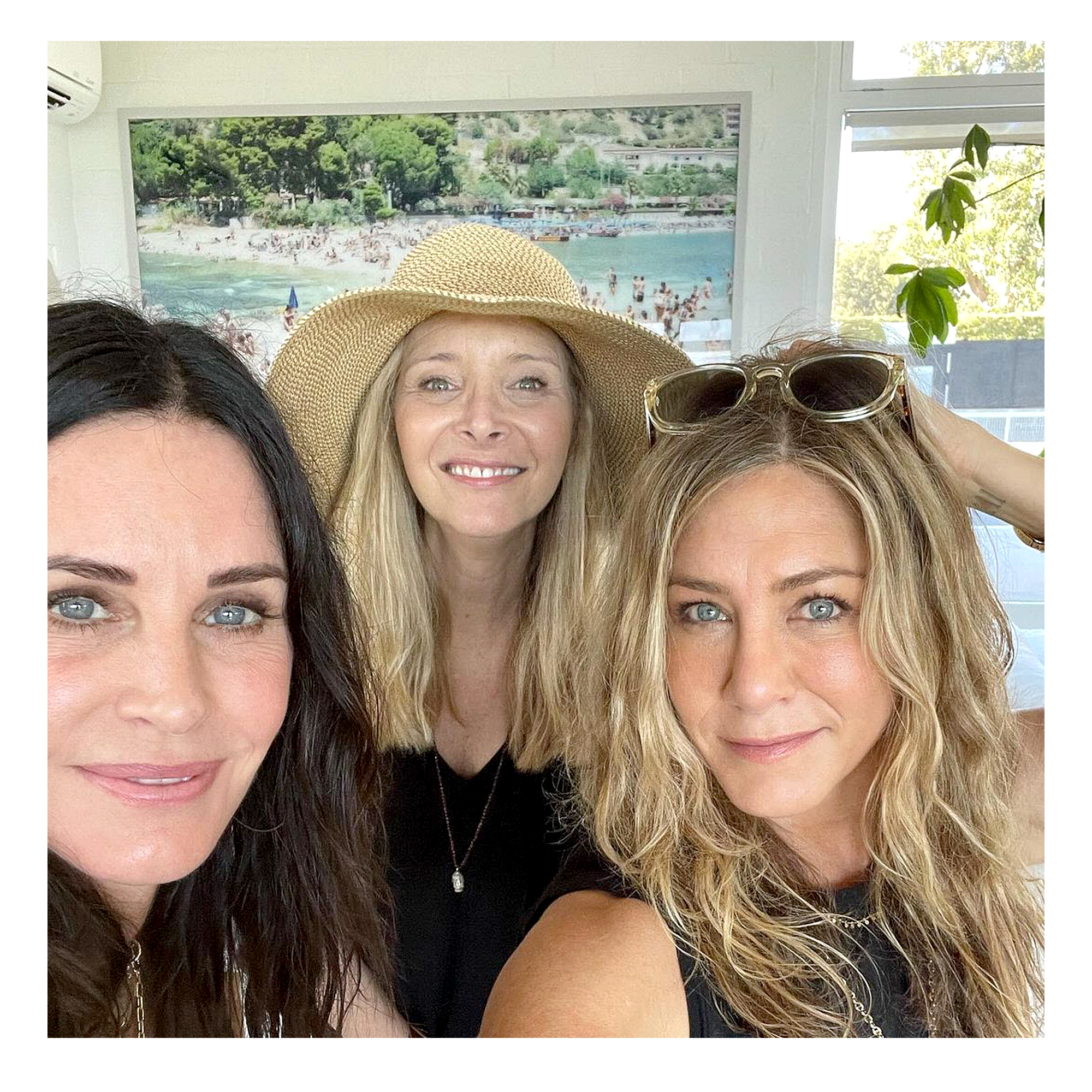 Last month, Aniston, 52, gave fans a peek at her friendship with Cox when paying tribute to the Scream star on her birthday.

“Happy birthday to this ridiculously special human @courteneycoxofficial,” the Morning Show star wrote via Instagram in June alongside a photo of the pair in the early 2000s when Cox was pregnant with her and ex-husband David Arquette’s daughter Coco Arquette. “Time flies when you’re having fun!”

The Cake actress, who is godmother to Cox’s daughter, shared a second photo of the duo snuggling up to each other with their pets, captioning it, “Who loves ya baby” with a baby emoji and kissing face emoji.

The same month, James Corden released a new episode of The Late Late Show With James Corden that included the Friends cast doing a short Carpool Karaoke skit. The bit was filmed during HBO Max’s Friends: The Reunion three months prior.

In the video, Corden, 42, picked up the six friends, including the three women and their male counterparts, Matt LeBlanc (who played Joey Tribbiani), David Schwimmer (Ross Geller) and Matthew Perry (Chandler Bing), and drove around the Warner Bros. lot in a golf cart.

The talk show host turned on the Friends theme song, which the stars of the hit comedy couldn’t help but sing along with. Corden later joined the group at Central Perk to ask them a few questions about the 10 seasons they worked together.

‘Friends’ Cast From Season 1 to the HBO Max Reunion: Photos

“These five people right here mean the world to me. It’s really awesome,” LeBlanc, 53, said, before joking, “Not Schwimmer so much.”‘

One month prior, the highly anticipated Friends reunion special aired on HBO Max. The cast, who starred on the sitcom from 1994 to 2004, later posted memories from the magical moment.

“Still basking in all the love from the #FriendsReunion. Thank you each and every one of you ❤️,” Aniston wrote via Instagram after the special aired alongside a series of behind-the-scenes photos.