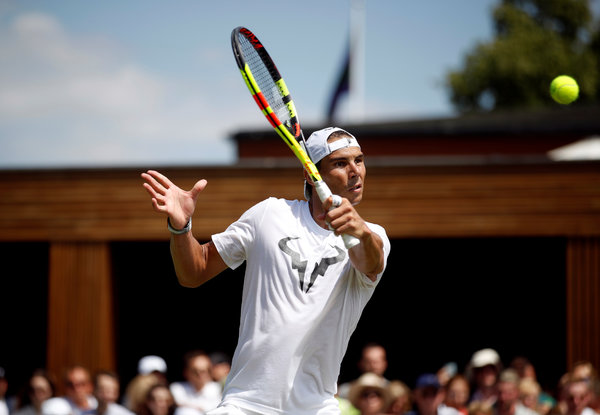 It has been the summer of Roger and Rafa. Tennis fans have been gifted two long-awaited matches between Roger Federer and Rafael Nadal — at the French Open last month and at Wimbledon on Friday.

Their semifinal match at the All England Club will be the 40th meeting of their careers. Nadal won No. 39, a French Open semifinal, to improve his record against Federer to 24-15. Before that match, Federer had won their previous six meetings, all on hardcourts. They have played only three times on grass — all of them Wimbledon finals, none since 2008.

[You can watch Friday’s match on ESPN, after the semifinal between Novak Djokovic and Roberto Bautista Agut, which begins at 8 a.m. Eastern. ]

Among the key story lines for Nadal-Federer:

Bjorn Borg, whose 1980 Wimbledon final against John McEnroe is quite famous in its own right, called the 2008 final “the best tennis match I’ve ever seen in my life.”

It took 4 hours 48 minutes, and remains the longest Wimbledon men’s final. It was interrupted twice by rain. It was so dark by the end, around 9:15 p.m. local time, that Nadal said, “In the last game, I didn’t see nothing.”

The match was widely viewed at the time as a passing of the torch. The No. 2 Nadal had routed the No. 1 Federer on clay in the French Open final a few weeks before, but dethroning Federer on grass was a huge step in Nadal’s rapid ascension. He became the first man since Borg in 1980 to win the French Open and Wimbledon in the same year. The next month, Nadal supplanted Federer at No. 1 in the rankings.

Ultimately, though, the torch wasn’t passed so much as it was shared. The two are still playing each other in late rounds of majors. Since the 2008 final, Federer has won eight Grand Slam singles titles for a total of 20, the men’s record, and Nadal is right behind him with 18. (Djokovic, the No. 1 seed this year, has won 14 of his 15 major championships since the 2008 Wimbledon.)

Nadal has won Wimbledon twice, in 2008 and 2010. He was the runner-up in 2011 and reached the semifinals last year, losing a dramatic two-day, five-set match to Novak Djokovic. But between 2011 and 2018, Wimbledon was a source of frustration for Nadal, littered with early exits, including a first-round loss in 2013.

They have not been pushed hard yet.

Nadal is ranked No. 2 and Federer No. 3, but at Wimbledon, their seedings are reversed because of the tournament’s formula, which rewards success on grass over a two-year period.

Nadal complained about the formula before the tournament began, and when the draw came out, he certainly seemed to have the tougher path. But since a tricky second-round match against Nick Kyrgios, Nadal has been dominant. He has lost only one set in the tournament, to Kyrgios. He also has not faced a seeded player, dispatching Yuichi Sugita, Kyrgios, Jo-Wilfried Tsonga, João Sousa and Sam Querrey. The average ranking of his opponents was 105.

Federer surprisingly lost his first set of the tournament, to Lloyd Harris, a 22-year-old South African ranked 86th. Federer’s only other lost set came at the start of his quarterfinal against eighth-seeded Kei Nishikori. Federer also defeated Jay Clarke, No. 27 Lucas Pouille and No. 17 Matteo Berrettini, who has been one of the tour’s hottest players on grass. After Berrettini was routed, 6-1, 6-2, 6-2, in 1 hour 14 minutes, he thanked Federer “for the tennis lesson.”

Should we look forward to the U.S. Open?

This year has ended some significant droughts in the rivalry. After nearly two years of not playing each other, Federer and Nadal will now meet for the second time in five weeks. They had gone 11 years without playing at Wimbledon. They had gone eight years between matches at the French Open. They have somehow never faced each other at the United States Open. Is this the year? 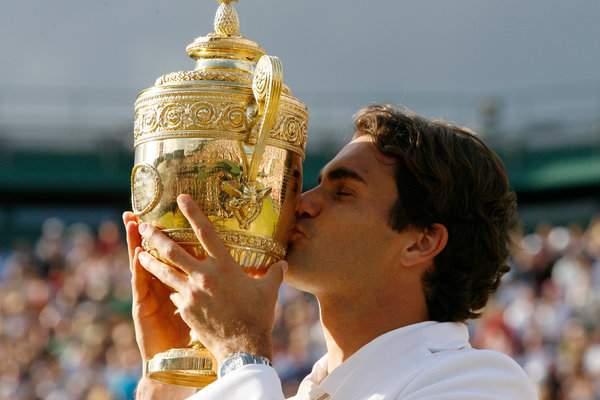 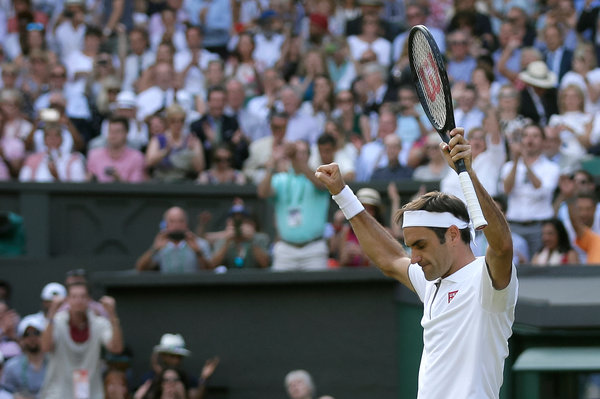 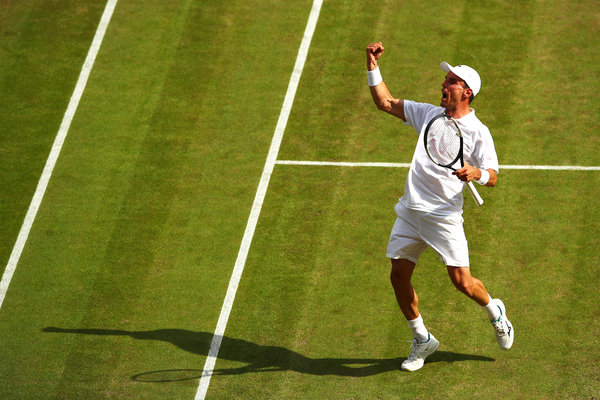