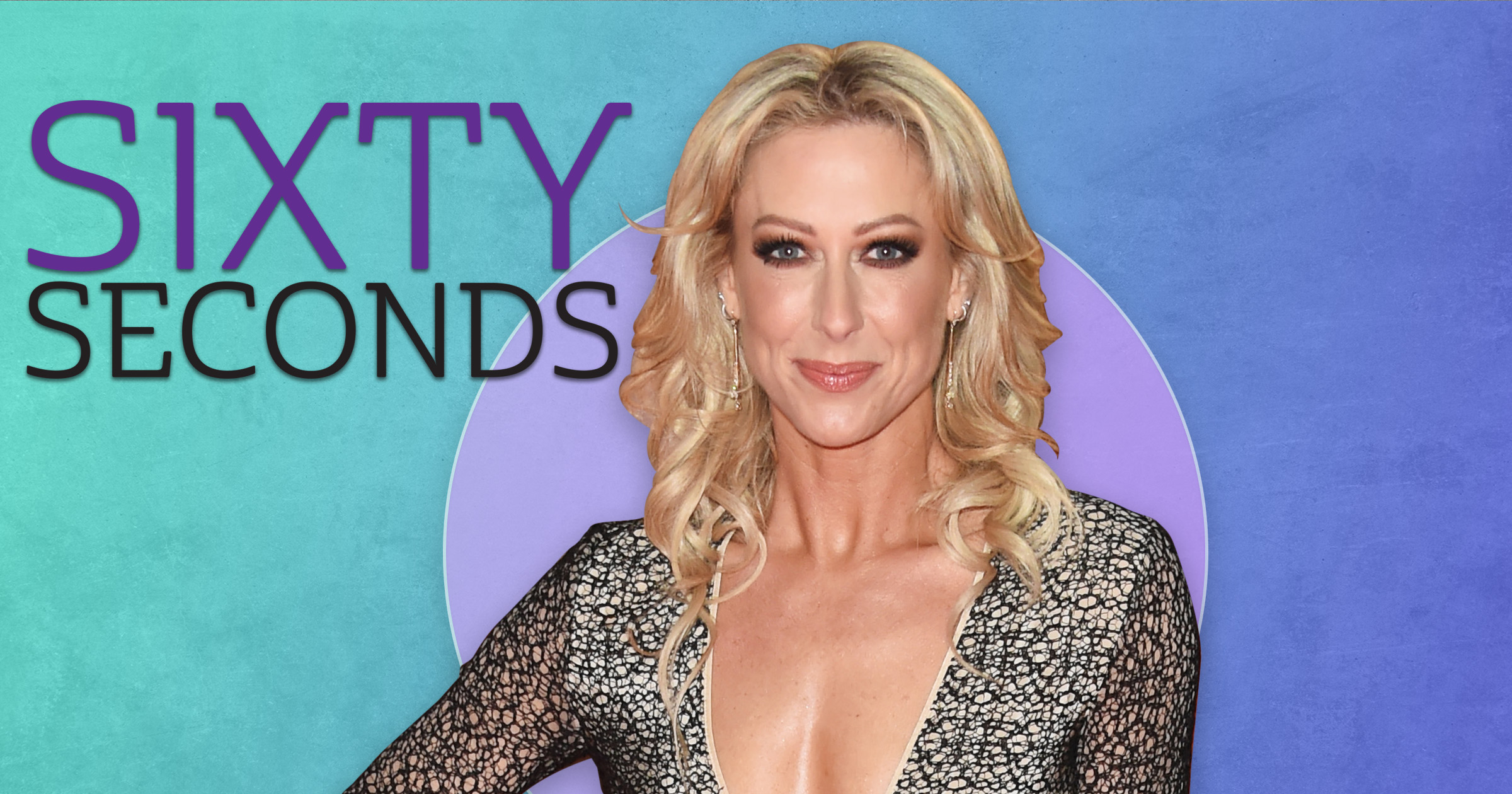 Steps singer Faye Tozer, 46, on begging to be in Strictly Come Dancing, embarrassing her son and why she’s now too old to play Cinderella.

You’re in Cinderella this season. Are you new to panto?

Not at all, I did my first when I was six. I was one of the little dancers. It was at the Luton Library Theatre with Davy Jones from The Monkees.

I did panto every year until I was 12 and then in 2007 I did my first panto as an adult [by which time she was in Steps]. It was Aladdin at the Newcastle Theatre Royal and that’s where I met my husband and why I live up north — panto has a lot to answer for!

How did your paths cross?

He was on a Christmas work night out, and me and the dancers were out after a show. We met in a bar and he had no idea who I was, which was brilliant because it meant we met at face value.

We had a lovely time but then he found out over the weekend who I was because a workmate told him. We had to meet again and get over that hurdle.

What does panto mean to you?

I can’t really remember a Christmas without panto. When the nights are getting darker and it’s all a bit dismal outside, panto feels like it’s filling Christmas with sparkle and joy and lovely things.

It’s like when Strictly Come Dancing comes on telly — it takes you away from what’s going on in the real world. It’s complete escapism.

Who are you playing this year?

I’m the Fairy Godmother in Cinderella at the Darlington Hippodrome. It’s quite funny, on social media people were saying, ‘Oh lovely, Faye is playing Cinderella.’ I was like, ‘Ooh, no. I haven’t been Cinderella for years!’ I’m 46 so I’m past that one — I’ve moved up a level.

Did you ever imagine that Steps would reform?

No, I’d closed the door on that. When we got back together in 2011 it was quite cathartic to ask ‘what did happen?’ because it happened so quickly for us. But we’ve been together longer now than we were originally.

We’re in a great place and we’re still selling out arenas, which is just bonkers considering we’re 24 years into the band.

What is nice is that we do it for a bit, then go off and do our separate projects and then come together again. We’ve got an incredibly loyal fanbase and we’re going to keep going if the demand is there.

Do you still have all the moves?

Oh my goodness, yes! You’ve clearly not been to a Steps concert recently — we’re still giving it large.

That’s what people expect and they’re all doing the moves in front of us so we definitely have no excuse to duck out.

How does it feel still being a pop star in your forties?

I feel like my career is almost at a high just now. I’m working all the time — I’m in theatre and doing arena shows. I couldn’t ask for anything more.

What does your 12-year-old son think of your pop career?

He’s been to every tour but I don’t force my job down his neck. He’s proud of me but I remember when he first went to school, they played videos at the Christmas party.

He came home mortified because they’d played 5, 6, 7, 8 and he said his mum was in her underwear — we’d done line dancing on the beach in our bikinis!

Why did Steps split up in the first place?

Claire and H resigned. There was a lack of communication back in those days. We were such young people and probably burnt out by such a heavy schedule.

In hindsight, the break-up has been our saving grace because we wouldn’t be here today if that hadn’t happened.

We couldn’t have kept going happily for 24 years — we needed to figure out who we were as people.

Did you all stay in touch?

Gosh no, I had a complete break from everybody. We still sent messages here and there but I didn’t speak to people for a while because I needed to get home and figure out ‘who is Faye from Dunstable?’, not ‘who is Faye from Steps?’

You reached the Strictly final. Would you fancy any other reality show?

No. I loved Strictly, so for me it was a real bucket list thing. That was the only one I ever wanted to do and it took me 10 years to get there.

Me and my agent literally knocked on their door for a decade, going, ‘Hello, I exist! Do you fancy me for the programme?’ And then when I finally thought they weren’t interested, I got a phone call.

Do you prefer acting or singing these days?

If I’m honest, I really enjoy the acting side. This year I was lucky enough to play Lina Lamont in Singin’ In The Rain at Sadler’s Wells.

I enjoy comedy roles — I think that’s where I flourish. I do so many types of music but because I don’t do acting all the time it’s still such a novelty and a joy.

What’s coming up next year?

After panto I’m having a break. In March I’ll be doing a UK tour of Singin’ In The Rain. Then the summer will belong to Steps. We’ll be gigging and touring — a celebration of our 25th anniversary.

Cinderella is at the Darlington Hippodrome until December 31. darlingtonhippodrome.co.uk