Netflix’s The Crown and Disney+’s The Mandalorian both scored 24 Emmy nominations to lead all programs as the 2021 honorees were announced this morning. The latter streamer’s WandaVision was a close third with 23 noms, followed by Hulu’s The Handmaid’s Tale and NBC’s Saturday Night Live with 21 each. Apple TV+’s Ted Lasso scored 20.

WarnerMedia’s combined HBO and HBO Max edged Netflix for the most nominations among networks and platforms for the 73rd annual Primetime Emmy Awards. The cable-streaming duo scored a leading 130 noms today to the streaming leader’s 129. Disney+ ran third with 71 noms, and NBC led all broadcasters with 46, topping CBS (26) and ABC (23).

Here is a list of Emmy nominations by program (those with five or more), followed by the complete list of networks that earned noms Tuesday, broken down by network group: 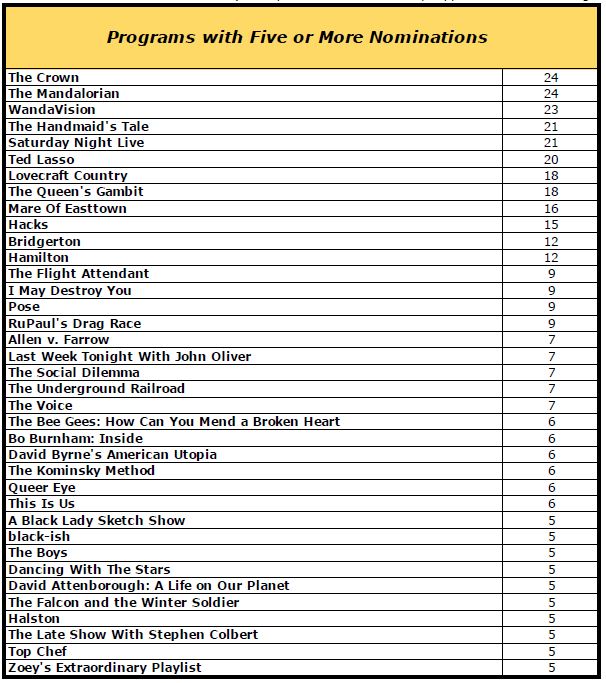 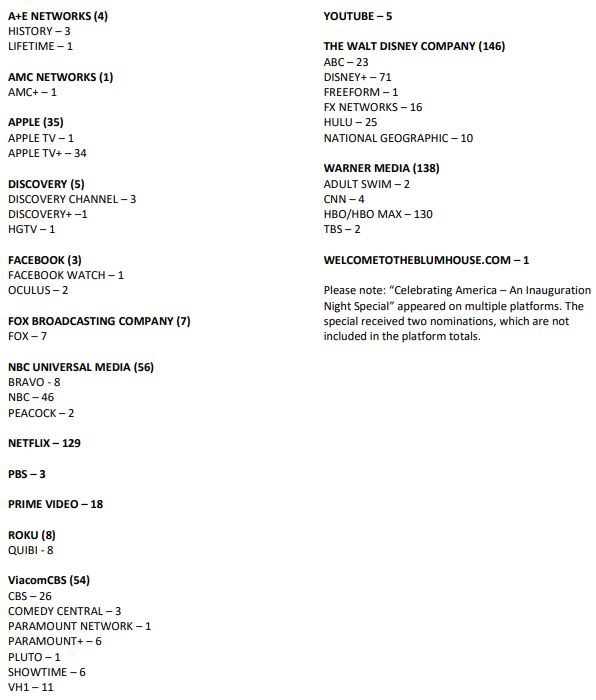 Here Are The Actors Who Have Won The Most Emmys: Photo Gallery