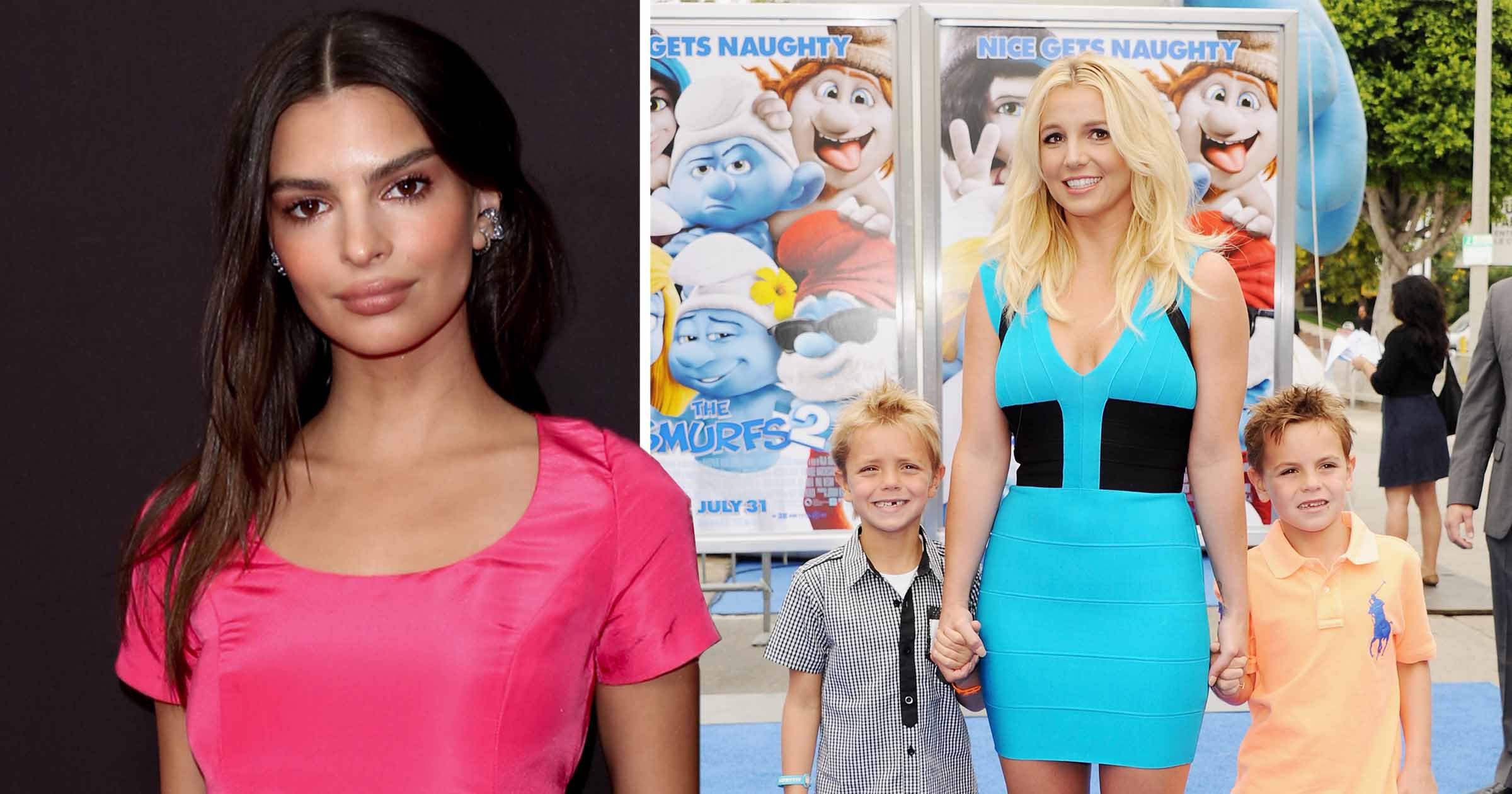 Emily Ratajkowski has compared the treatment of Britney Spears to the mum-shaming she is subjected to, as she called out trolls on social media.

The model has been at the centre of controversy after giving birth to baby boy Sylvester, with fans questioning the way she chose to hold the tot in a recent Instagram snap.

Taking to Instagram, the 30-year-old compared this to comments the Toxic singer received when she became a mum to sons Sean and Jayden.

In a post shared on her story, she began: ‘We are all reflecting back on Britney and calling her a bad mum when she drove with her baby in her lap.

‘We talk about how we have to “do better” as a culture. Meanwhile my comments are fulled with awful remarks about how I don’t deserve to be a mum. Shame on you all.

‘I don’t care if you hate me or hate celebrity (or just hate women) but it’s incredibly scary to become a parent and nobody deserves to be told by strangers that they’re a s****y mother.’

Emily’s words come after she sparked a fierce backlash last month when she blessed us all with a snap as she held Sylvester, with the pair donning matching patterned swimwear.

She looked as glam as ever for the shot, cradling her baby in one arm as she posed for the camera.

However, followers instantly slammed her for the way she had clutched on to the little one, calling her out in the now deleted comments section.

Piers Morgan also added his thoughts, tweeting: ‘That’s not how you hold a baby @emrata – and your millions of followers shouldn’t be encouraged to do the same.

‘Happy to give you some tips if you need them.’

Emily welcomed her first child with husband Sebastian Bear-McClard in March of this year, and has been posting pictures of Sylvester on social media ever since.

The Gone Girl actress previously opened up about how ‘lucky’ she felt to be starting a family before becoming a mum.

She also vowed to take the journey ‘each day at a time’ and fully embrace everything about motherhood.

‘I’ve never really understood what it would be like to make a family and growing a family is an amazing eye opening experience and I feel really lucky,’ she said.

‘I don’t know what motherhood is going to be like of course because this is my first time and everyone has such different experiences and perspectives.

‘So, the best thing to do is just trust in the process and take each day at a time and then see where this ride takes me.’