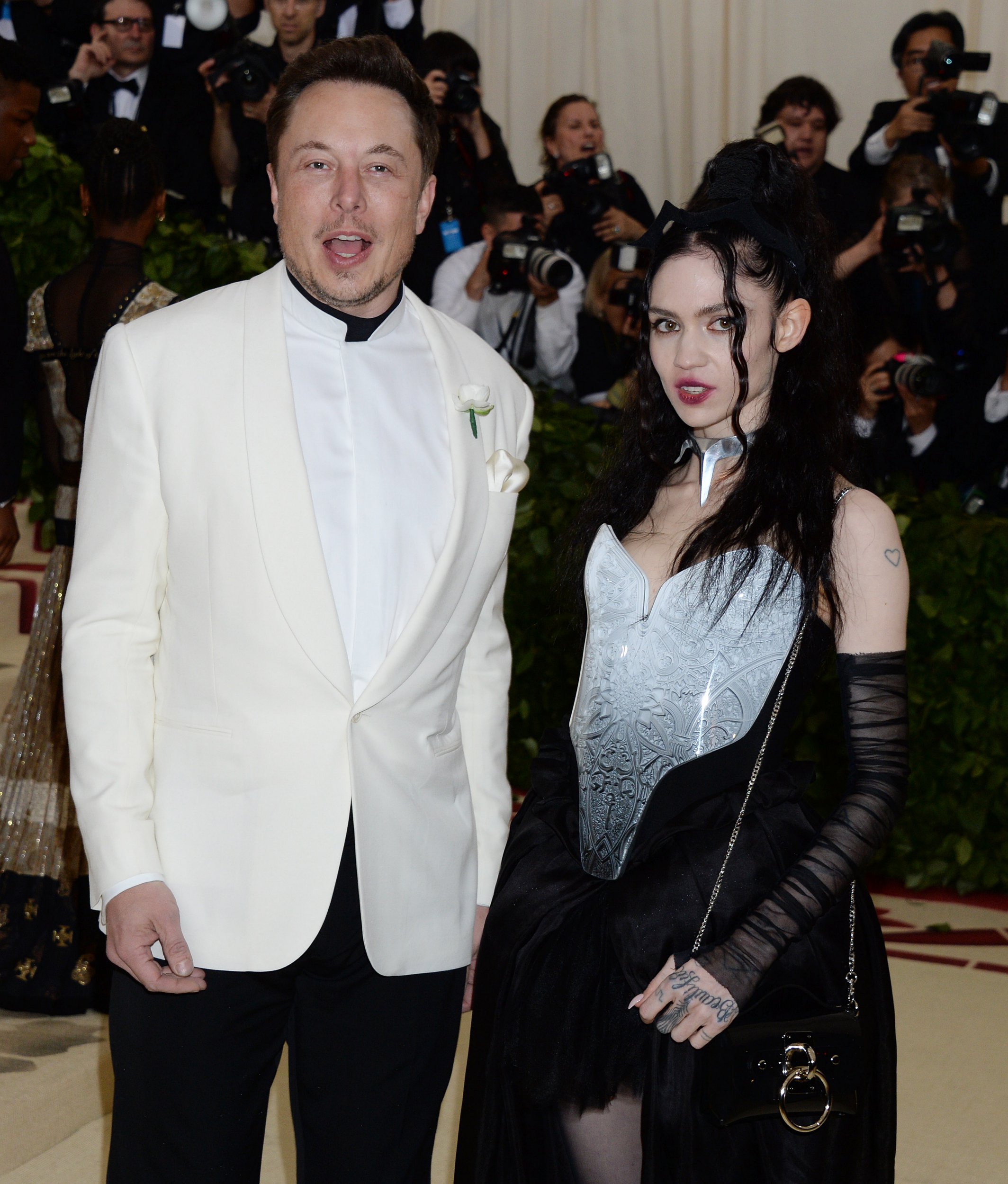 Elon Musk and Grimes have ‘semi-separated’ after three years together but remain on ‘great terms’ following their split.

The Tesla CEO and SpaceX founder confirmed his split with the singer – real name Claire Elise Boucher – to Page Six.

The pair share 16-month-old son X Æ A-Xii and continue to co-parent him together.

Speaking to the publication, Elon explained: ‘We are semi-separated but still love each other, see each other frequently and are on great terms.’

According to the billionaire it was work schedules keeping them apart that was a major player in their decision to (semi) end things.

‘It’s mostly that my work at SpaceX and Tesla requires me to be primarily in Texas or traveling overseas and her work is primarily in LA,’ he said.

However, proving that they do indeed remain friendly, Elon added: ‘She’s staying with me now and Baby X is in the adjacent room.’

The pair was last seen together just a week ago in New York, where Grimes, 33, appeared solo on the Met Gala red carpet in a futuristic Dune-inspired Iris van Herpen outfit, complete with sword.

Her 50-year-old ex-partner then reportedly joined her inside before hosting an afterparty at a private members’ club, with the pair spotted leaving the city the next day.

The lesser-spotted duo had also been photographed together on holiday in Florence in August, where they enjoyed a private trip to the Uffizi Galleries, followed by dinner at Buca Mario restaurant.

The former couple went public in May 2018, before welcoming their son two years later.

Elon has previously been married three times, first to author Justine Wilson, with whom he has 17-year-old twins Griffin and Xavier, and triplets Damian, Saxon and Kai, 15.

The couple also had a son born in 2002, Nevada Alexander, who died of sudden infant death syndrome (SIDS) at 10 weeks old.

The entrepreneur was also married to British actress Talulah Riley twice, first in 2010 before divorcing two years later, and then again in 2013 before a second divorce in 2016.

He dated Amber Heard for a year before meeting Grimes.

Grimes recently revealed that their son calls her by her first name and shared that she didn’t ‘identify’ with the word mum.

In a video with Vogue ahead of the Met Gala, the performer said revealed that having a baby was ‘a big rebirth for me’, artistically.

She said: ‘Being a mother—feels weird to say. For some reason, I don’t identify with that word.’

Grimes added: ‘Which is also really weird because X, he says “Claire,” but he doesn’t say “mama.” Which is so… I’m like, “How are you…?” Like, maybe he can sense my distaste for the word “mother”.

‘I don’t even know why I have a distaste for it, cause I respect it. I can’t identify with it weirdly.’