Still dazzling nearly half a century on: Eagle-eyed viewers spot the lavish silver-leafed necklace ‘hand-me-down’ that has been worn by stars on Agatha Christie thrillers, period dramas and now Netflix’s hit drama Wednesday

With her statement jewellery and glamorous couture, Larissa Weems – from Netflix drama Wednesday – is not the obvious candidate for a hand-me-down.

But eagle-eyed viewers have spotted that a lavish silver-leafed necklace the character wears has been appearing on our screens since before the actor who plays her – Gwendoline Christie, 44 – was born.

The chain is currently enjoying its seventh incarnation, on the neck of the icy headteacher in the Addams Family spin-off. 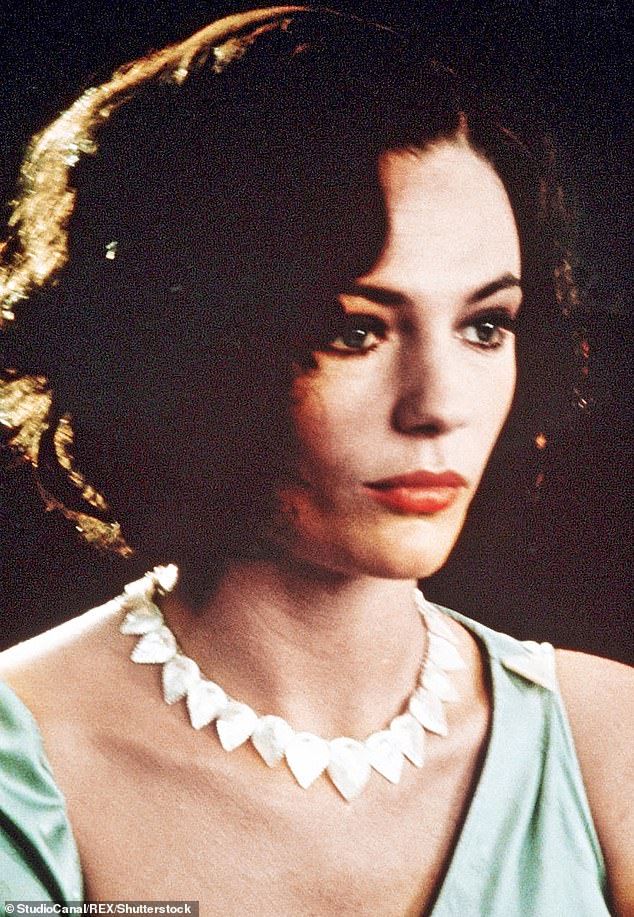 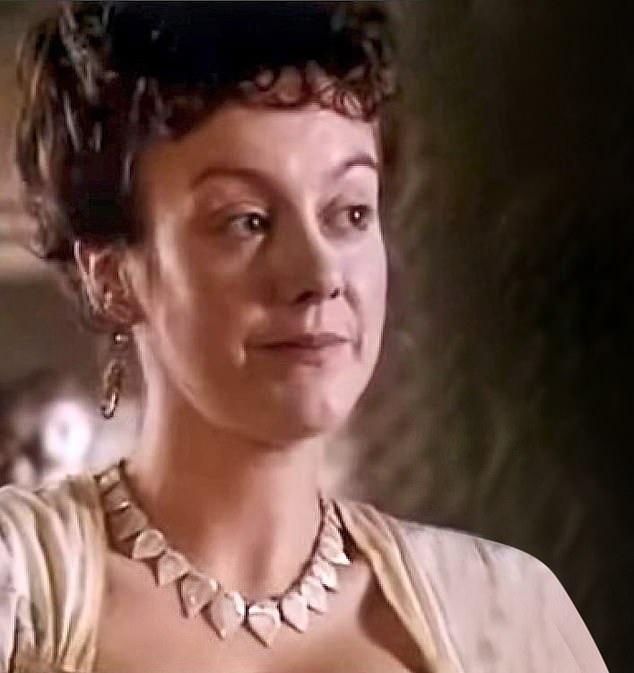 Then it had its next outing in 1979, worn by Sarah Jane Curran in the BBC period drama Prince Regent, about the lives and loves of the future King George IV.

According to the website Recycled Movie Costumes, the necklace then appeared to fall out of favour with costume designers until it was resurrected in the 1997 film The Serpent’s Kiss, starring Greta Scacchi.

It enjoyed something of a comeback after the turn of the millennium, appearing on both the small and the big screen.

In 2005 it was worn by Holly Radford in the BBC drama documentary Beethoven, and two years later by Giovanna Mezzogiorno in the film adaptation of Gabriel Garcia Marquez’s Love In The Time Of Cholera. 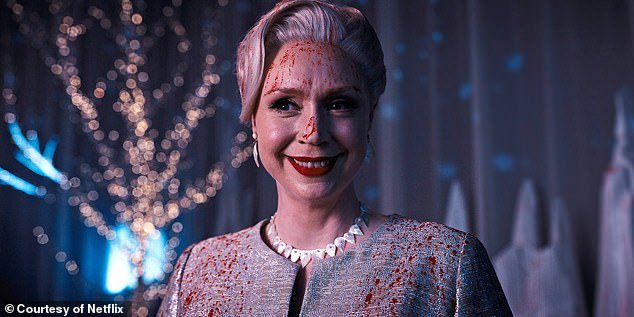 Christie, who is more than 6ft tall, recently praised Wednesday director Tim Burton, and the show’s costume designer, Colleen Atwood, for their vision for Larissa Weems 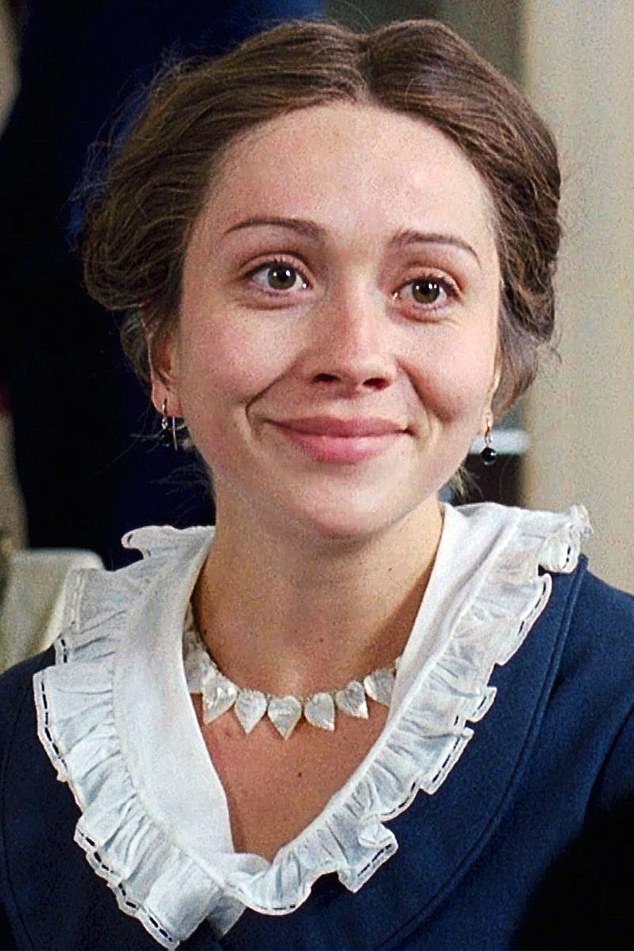 Laura Pyper wears the necklace as Jane Fairfax in a four-part BBC adaptation of Emma, by Jane Austen 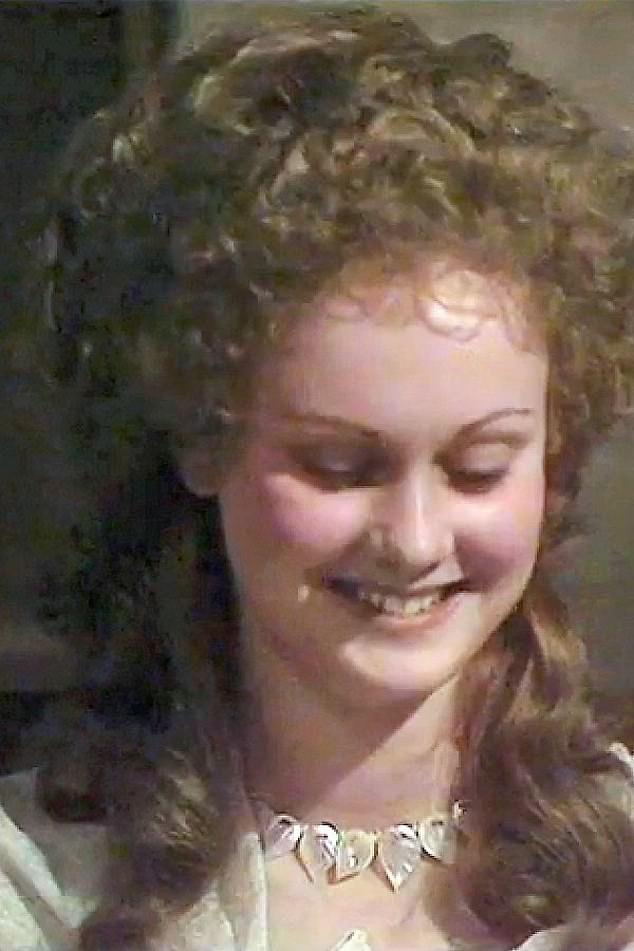 Sarah Jane Curran as Princess Augusta Sophia with the necklace, which has featured in many shows

Its last known appearance prior to appearing in Wednesday was in 2009 when it was worn by Laura Pyper, who played Jane Fairfax in a four-part BBC adaptation of Emma, by Jane Austen.

English actress Christie plays the shape-shifting principal of Nevermore College in the Netflix hit, which focuses on the macabre-obsessed Wednesday Addams.

The necklace has its outing on Christie in the fourth episode, Woe What A Night, which features an act of sabotage during a dance at the academy.

Christie, who is more than 6ft tall, recently praised Wednesday director Tim Burton, and the show’s costume designer, Colleen Atwood, for their vision for Larissa Weems. 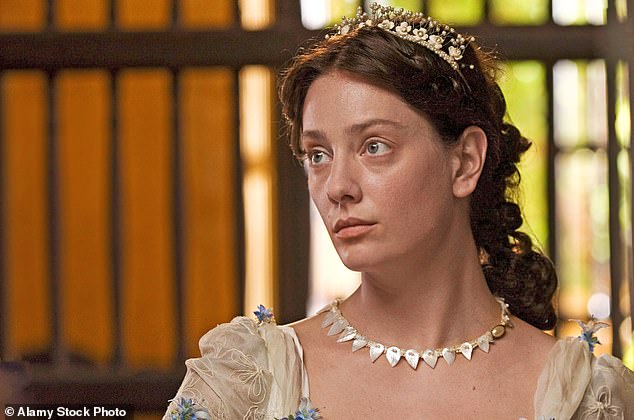 The necklace appeared in an adaptation of the classic Love In The Time Of Cholera, on the neck of the character played by by Giovanna Mezzogiorno 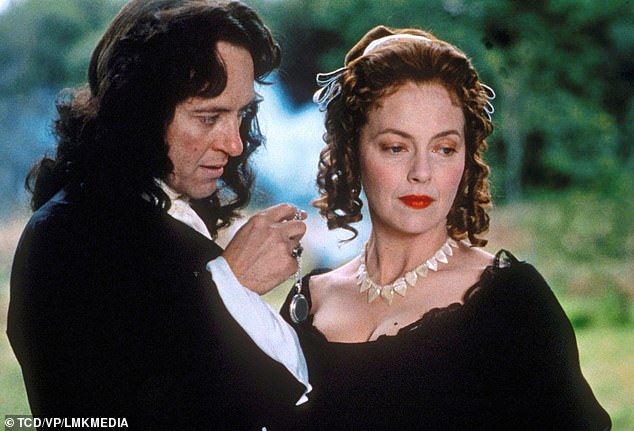 Richard E. Grant and Greta Scacchi in film The Serpent’s Kiss. Netflix has reused other props, including in the recent adaptation of Lady Chatterley’s Lover

She said: ‘It is the first time I’ve ever felt beautiful on screen… The way she [Atwood] made me feel was my body felt celebrated and beautiful.

‘Never once did I feel like there was something to hide or something to be ashamed of. She made me feel incredible.’

It is not the first time Netflix has reused props. Last month it was revealed that a dress worn by Emma Corrin in the streaming service’s film adaptation of D. H. Lawrence’s Lady Chatterley’s Lover had also appeared in a string of other productions.