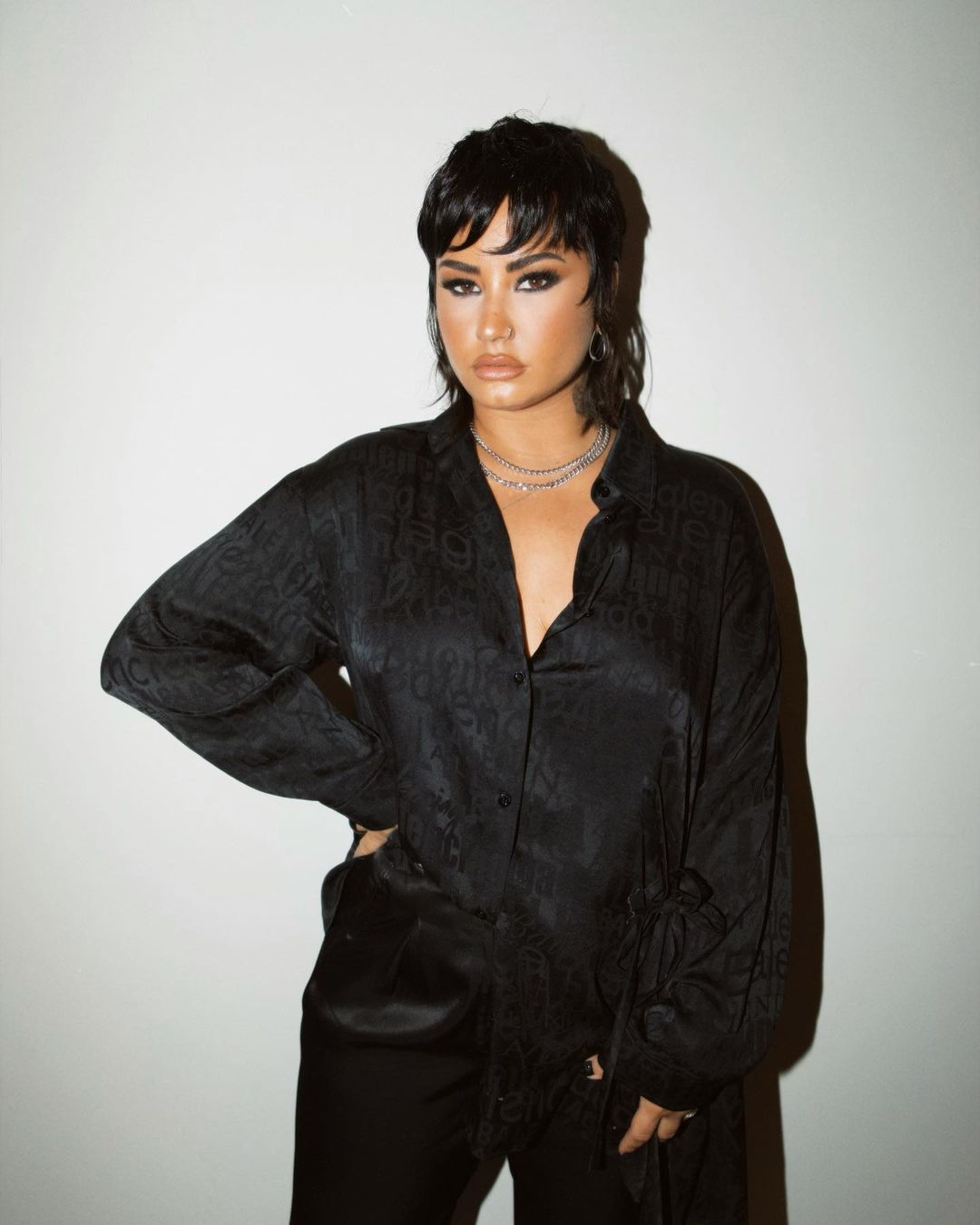 I know a lot of people don’t like Demi Lovato but they’ve really grown on me since coming out as nonbinary and educating people on what that means. Back in May, Demi did an interview with a nonbinary artist called Alok Vaid-Menon where they both explained what it’s like to be a nonbinary person and how people can be more supportive. I came away with a better understanding of nonbinary people and am grateful to Demi for that.

Demi has a new show on Peacock called Unidentified, which is a docuseries also starring Demi’s older sister and Demi’s best friend. It’s getting good reviews. Demi has a long history of being open about their belief in mermaids and extraterrestrials. I’ve covered interviews Demi did with Seth Myers back in 2014 and just last year, where they claim to have made contact with mermaids and aliens through meditation. Demi has a new interview with Seth promoting the show, and it was a joy to watch. While I don’t believe in everything they claim, it’s clear that Demi believes and wants to share that. Demi knows that people are going to assume they’re crazy too. Here’s some of what they said and the video is below:

On meditation and how long they meditate
I use an app sometimes, Insight Timer, which is really good for guided meditations. You can click how long the meditation is that you want to do. Other times I meditate by myself. In the beginning I was really into it and was giving myself 30 minutes. That turned into an hour, an hour and a half. Now it’s back down to like ten minutes.

On what they’re trying to do in this show
To gather evidence, to gather information and try to make the best guess at what it must be that’s out there.

On interviewing experts and people who have had encounters for the show
When I first went in there I was in awe of some of the things I was hearing. It also didn’t make me feel so alone. A lot of times when I tell people that I believe in this stuff they look at me like I’ve lost my marbles and that’s ok, but it was cool to talk to people that also believe in some of the things that I do and realize we’re all in this together.

On if shows like this will make ETs less likely to interact with them
I’ve come to learn that the way to make these interactions with these beings are by expanding our consciousness. Through meditation we actually can make contact a lot easier. It’s been so many times where I’ve been meditating and I looked up and there’s something in the sky. Through meditation you can make that happen yourself.

Kaiser and I talked about UFOs on our podcast last year, when Kaiser was into Ancient Aliens and coincidentally right before the government released radar footage and audio of possible UFOs. After that, 60 Minutes did a very convincing segment about it. 60 Minutes interviewed high ranking military officials and Navy pilots who went on the record to say that they’ve seen unidentified spacecraft which seemed powered by technology we haven’t developed yet. That sold me!

Meditation has truly changed my life and I highly recommend it. Demi is interpreting the things they see in meditation as real, and they are for Demi. It’s easy for people to dismiss UFOs and unexplained phenomenon when people claim to communicate with otherworldly beings through meditation. Plus shows like Ancient Aliens take possible evidence and spin it to a ridiculous and unbelievable degree. The truth is probably more amazing than we can imagine. Demi truly believes in aliens and mermaids and this is clearly their passion. This was a fun interview to watch and I will give this new show a chance. 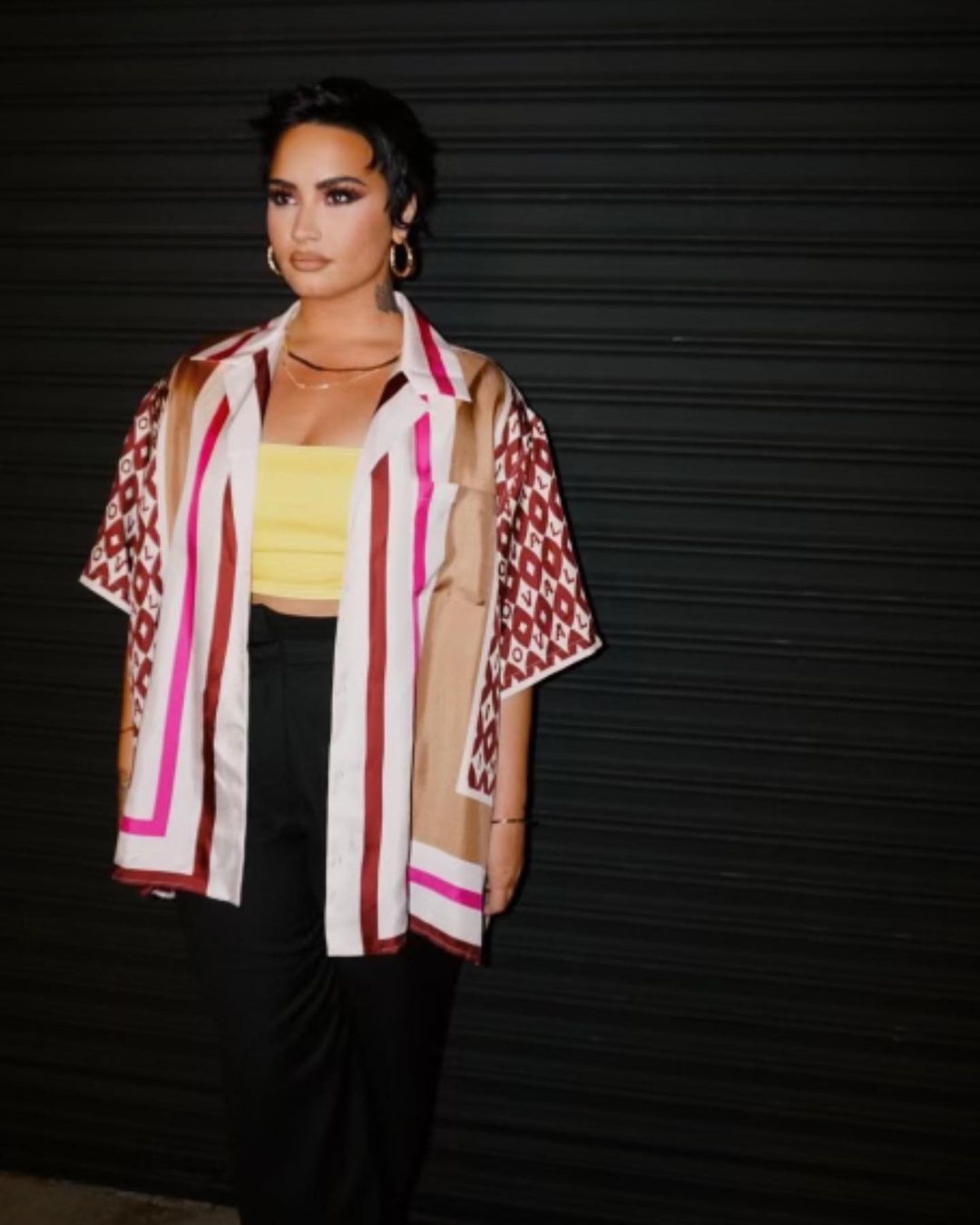