Warner Bros. has blamed China’s coronavirus for the box office failure of Margot Robbie’s film Birds of Prey (and the Fantabulous Emancipation of One Harley Quinn).

With a production budget of $US84.5 million, Birds Of Prey had been had been expected to open with around US$50 million, but instead brought in US$33.3 million in US theatres. 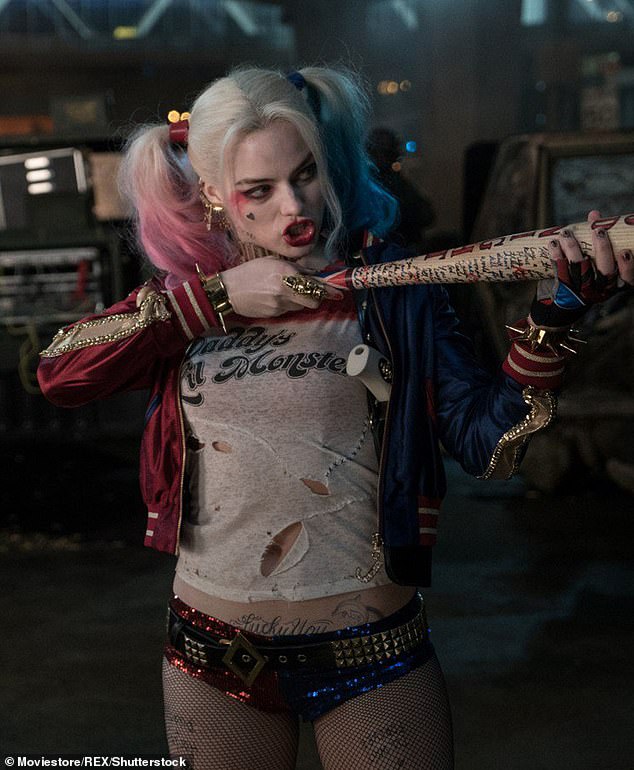 Revealed: How the Coronavirus destroyed Margot Robbie’s film Birds Of Prey – as the film stumbles in the box office despite positive reviews

The film fared similarly overseas, grossing an estimated US$48 million from 78 international markets, lifting total weekend sales to about US$81 million.

Warner Bros. said the coronavirus impacted sales in Asia, though in South Korea, where Birds of Prey made $1.9 million, it came in second to a local release.

Birds of Prey doesn’t have a China release scheduled, and Suicide Squad never opened there.

Cinemas in China, the world’s second largest movie market, have shut down amid the coronavirus outbreak.

Meanwhile, Business Insider Australia suggests that Birds Of Prey’s R-rating may have contributed to the film’s downfall, as it excluded young fans of the popular character Harley Quinn.

‘With the R rating, director Cathy Yan wasn’t limited in the violence or salty language she could portray, but the movie missed out on the teen market,’ the publication reports.

A spin-off of DC Comics blockbuster Suicide Squad, Birds Of Prey was directed by Cathy Yan and produced by Margot Robbie.

Margot also stars as Quinn, the crazed criminal who after splitting with Joker is a solo vigilante.

Reviews were mostly favorable, with an 80% fresh rating on Rotten Tomatoes. Audiences gave it a B-plus CinemaScore.

WUHAN CORONAVIRUS: WHAT WE KNOW SO FAR

What is this virus?

The virus has been identified as a new type of coronavirus. Coronaviruses are a large family of pathogens, most of which cause mild lung infections such as the common cold.

But coronaviruses can also be deadly. SARS, or severe acute respiratory syndrome, is caused by a coronavirus and killed hundreds of people in China and Hong Kong in the early 2000s.

Can the Wuhan coronavirus kill?

Yes – 638 people have so far died after testing positive for the virus.

What are the symptoms?

Some people who catch the Wuhan coronavirus may not have any symptoms at all, or only very mild ones like a sore throat or a headache.

Others may suffer from a fever, cough or trouble breathing.

And a small proportion of patients will go on to develop severe infection which can damage the lungs or cause pneumonia, a life-threatening condition which causes swelling and fluid build-up in the lungs.

How is it detected?

The virus’s genetic sequencing was released by scientists in China and countries around the world have used this to create lab tests, which must be carried out to confirm an infection.

Delays to these tests, to test results and to people getting to hospitals in China, mean the number of confirmed cases is expected to be just a fraction of the true scale of the outbreak.

How did it start and spread?

The first cases identified were among people connected to the Huanan Seafood Wholesale Market in Wuhan.

Cases have since been identified around China and are known to have spread from person to person.

What are countries doing to prevent the spread?

Countries in Asia have stepped up airport surveillance. They include Japan, South Korea, Thailand, Hong Kong, Indonesia, Malaysia and Philippines.

Australia and the US are also screening patients for a high temperature, and the UK announced it will screen passengers returning from Wuhan.

Is it similar to anything we’ve ever seen before?

Experts have compared it to the 2003 outbreak of severe acute respiratory syndrome (SARS). The epidemic started in southern China and killed more than 700 people in mainland China, Hong Kong and elsewhere.