For the profile, the then-couple requested to be interviewed solo, signaling that there was trouble in paradise. The writer, David Amsden, made a point to note that Sprouse, 26, and Reinhart, 22, met him separately in May, and they were “tantalizingly obscure” while speaking about the state of their relationship.

“I’m so glad we’re making your job more difficult,” the Suite Life of Zack & Cody alum told the journalist with a laugh when the subject came up. 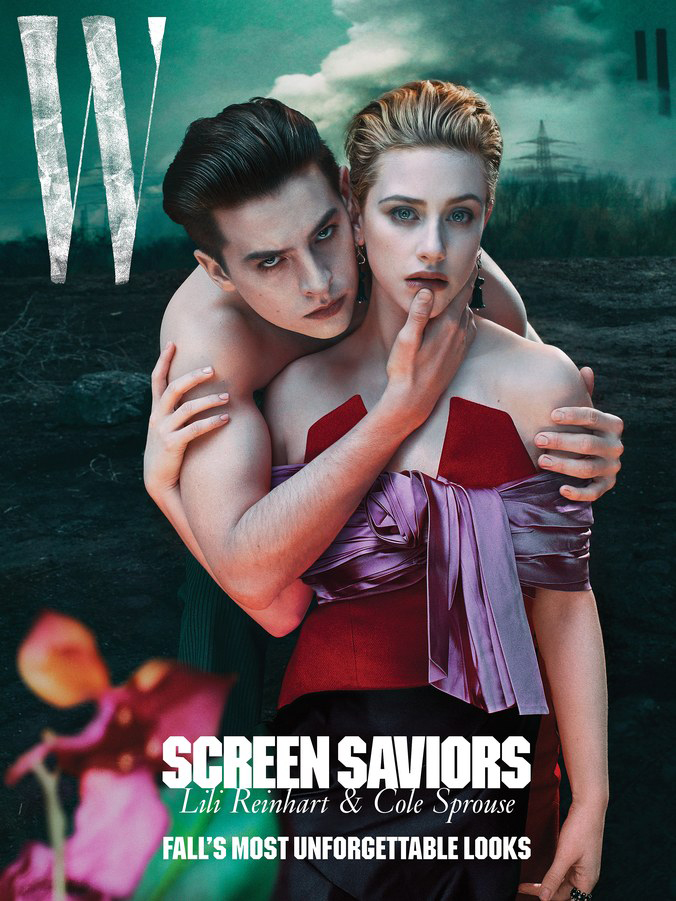 Reinhart, for her part, spoke about the contrast between her and Sprouse’s real-life and onscreen romance, as Betty Cooper and Jughead Jones, respectively, on The CW’s Riverdale.

“We’re not fighting with the idea that people group us together, but we are paired up a lot,” she told W. “We’re acknowledging that we’re in a relationship, but it’s a small part of who we are as people. We want our own separate identities.”

The former Disney Channel star, meanwhile, called the actress “an incredibly talented individual who speaks for herself and deserves her own voice box in every single way.”

“That alone is justification enough for me to do it like this,” he added, referencing their separate interviews. “I don’t think we’re weaving two different narratives here.”

Oddly enough, Reinhart relished in the mysteriousness behind the pair’s relationship. “Now that I’m X amount of years in, I do appreciate the privacy we have, that he’s encouraged me to take. No one knows how long we’ve been together, and no one will until we’re ready to say it,” she boasted. “No one knows how we fell in love, except for our close friends and us. It’s really special.”

So, what if Betty and Jughead go their separate ways on TV too? “If and when we break up on the show, I don’t know,” Reinhart said. “It’s weird being with an actor. You deal with s–t no one has to deal with.”

Us exclusively revealed on Monday, July 22, that Sprouse and Reinhart called it quits after two years together. While attending the Entertainment Weekly Comic-Con party in San Diego two days earlier, they kept their distance, and the Big Daddy star was overheard telling a friend that he and Reinhart split.

The duo’s Riverdale costar Mark Consuelos called the breakup “surprising” during a Wednesday, July 24, interview with Andy Cohen, saying he had “no idea” what caused it. Reinhart later made headlines when she “liked” a Twitter video of a tense encounter between herself and Sprouse at Comic-Con.

After the W cover dropped, Reinhart wrote on Instagram that “none of you know s–t,” while Sprouse quipped, “UNPRECEDENTED: Cole Sprouse and Lili Reinhart consume the flesh of ‘reliable sources’ to fuel their bacchanalian sex cult.”