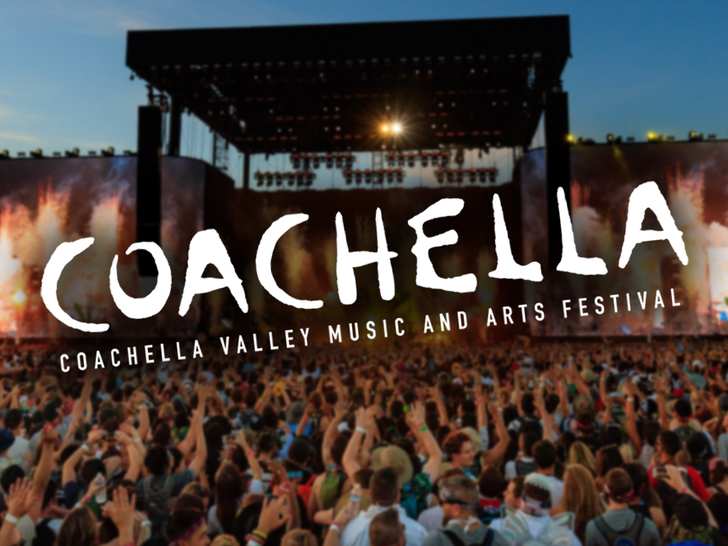 Coachella is making a U-turn … ditching its plan to enforce a mandatory vaccination policy for ticketholders, and instead settling for testing negative right before the event.

The announcement came down Tuesday via an update on Coachella’s official IG page — which is run by AEG Presents — saying, “After seeing first-hand the low transmission data and successful implementation of safety protocols at our other festivals this past month, we feel confident we can update our health policy.” 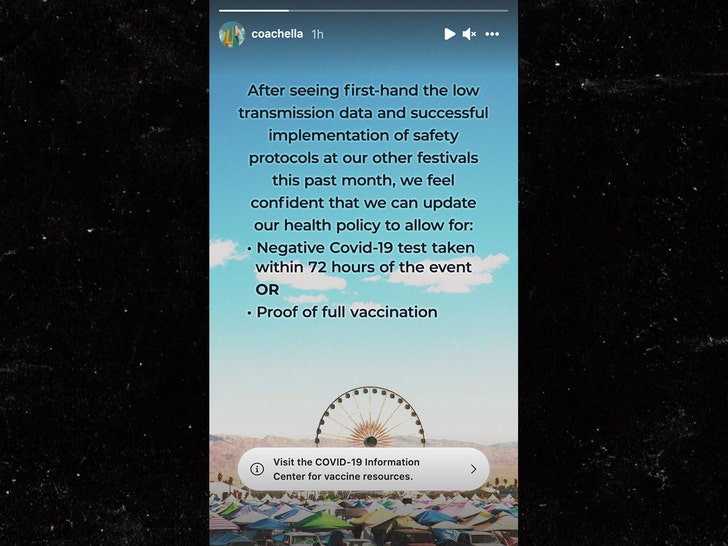 The change … allowing folks to come to Coachella (and other AEG Presents events, it seems) without having to prove they’re vaxxed. Instead, you can just show a negative COVID test taken within 72 hours of the day you’re attending.

This is a serious about-face from what AEG honchos said just a couple months ago — when they announced they’d be requiring proof of vaccines, adding they felt they’d be on the right side of history, and that it was in the best interest of everyone.

The explanation is sure to thrill any anti-vaxx, or anti-mandate, folks on the fence about attending Coachella — but something feels weird about the change of heart.

Frankly, if ya wanted to be cynical … you could argue AEG’s making a business decision — especially in light of the massive pushback we’re seeing around the country in relation to vaccine mandate.

Important to note, though, the new policy falls in line with what several other festivals have done … including Lollapalooza back in the summer.