Carol Vorderman, 59, was less than impressed when she spotted a Twitter user’s negative reaction to her weather forecast for Welsh TV channel S4C. The Countdown presenter proudly shared a clip of her stint as a meteorologist in view of her 424,000 followers last weekend.

She revealed she had been learning Welsh for “nearly two months” in the post, as she showed off the success of her studies by presenting entirely in the language.

Carol captioned the tweet: “Watch me being a weather woman today IN WELSH.

However, one social media user criticised the star’s move by branding her “loopy”. 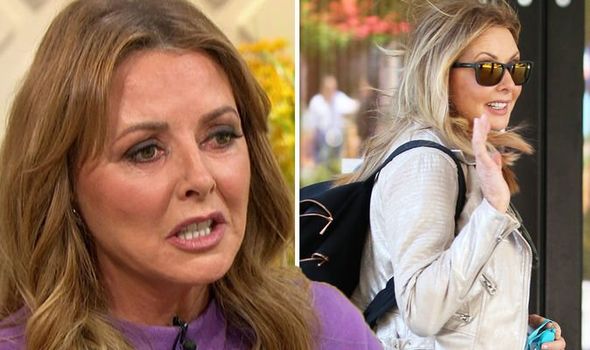 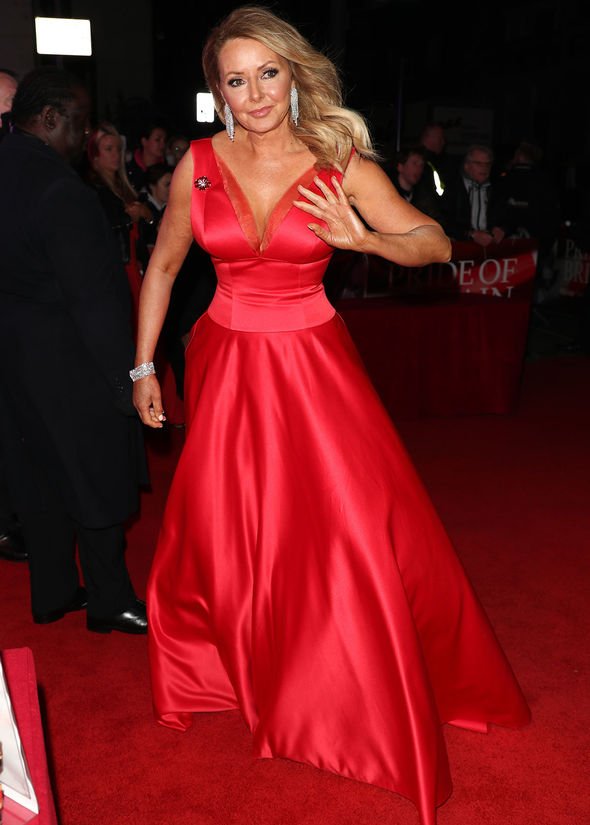 A fan then stepped in to defend her, responding: “Because she decided to embrace her Welsh heritage by learning Yr iaith Gymraeg?”

The troll hit back in a lengthy rant: “What an utter waste of previous time.”

“Why is learning Welsh a waste of time?” Carol’s fan asked. 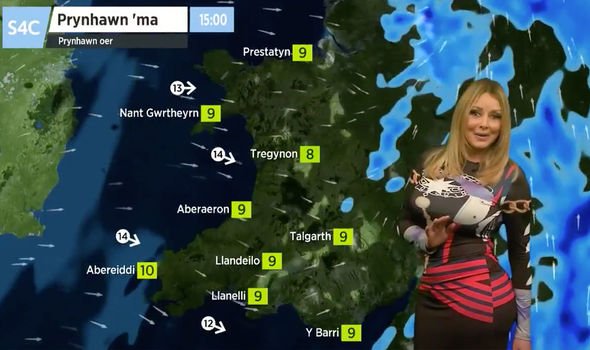 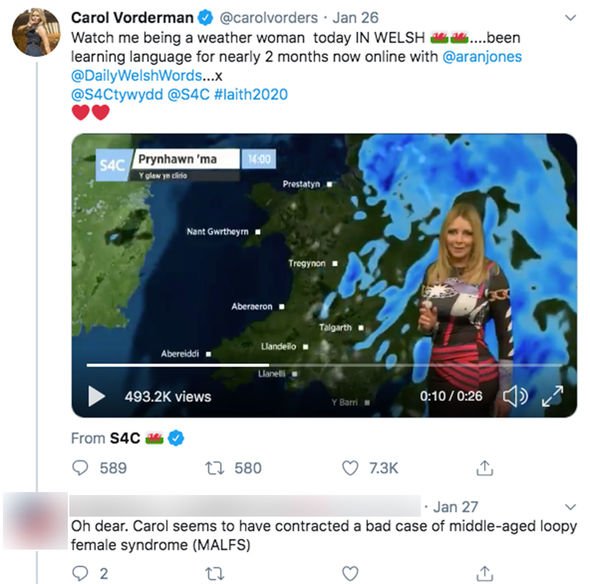 The TV and radio personality eventually noticed the exchange on the micro-blogging site and slammed the Twitter user who called said her studies were a “waste of time”.

She fumed: “Please go away….I’m blocking you because of your ridiculous, dull and unpleasant attitude.

Fans were quick to respond to Carol’s adamant statement, with one saying: “You go Carol I don’t understand Welsh speaking but keep speaking your language.”

However, one person suggested she shouldn’t have replied to the Twitter user’s comments.

They advised: “Should never reply just MUTE or BLOCK don’t give them airspace.”

The pair were filmed dancing in front of the green screen to The Weather Girls’ hit track It’s Raining Men.

They sang along to the hit in Welsh, as Carol enthusiastically showed off her moves and burst into laughter over their antics as the clip ended.

Describing the moment, the star wrote: “We Are The Weather Girls… And Have We Got News For You…

Carol previously revealed that she performed It’s Raining Men at her wedding disco.

She quipped the routine didn’t go down well with her first husband Christopher Mather, explaining: “It fundamentally was not successful. I won’t say what happened. It wasn’t a good idea.”