Cardi B revealed her Atlanta home flooded after Hurricane Ida hit the United States this week.

The rapper, 28, showed the damage to her house on her Instagram Story on Wednesday night. “The storm is no joke,” she said.

Her video showed water leaking into a guest bathroom and bedroom. “Oh my God, it’s starting to stink,” she said in the clip.

The couple wed in 2017 and are currently expecting their second child together. The musicians also share a daughter, Kulture, 3.

According to Fox 5 Atlanta, Hurricane Ida hit on Tuesday and brought with it spin-up tornadoes, damaging winds, and heavy rainfall. A flash flood warning was in effect until Wednesday. 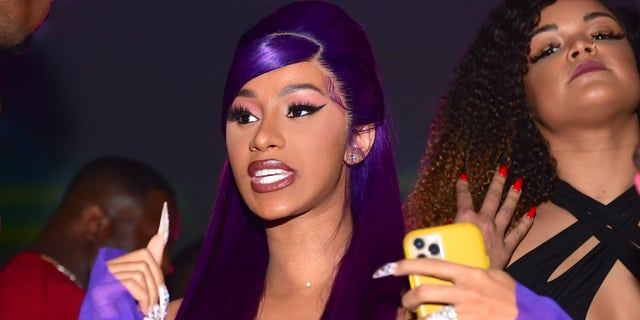 Later on Wednesday evening, the remnants of Hurricane Ida blew through the mid-Atlantic states with at least two tornadoes, heavy winds, and drenching rains that collapsed the roof of a U.S. Postal Service building, left cars and roads underwater and sent garbage floating through the streets of New York.

The National Weather Service recorded 3.15 inches of rain in New York’s Central Park in one hour, far surpassing the 1.94 inches that fell in one hour during Tropical Storm Henri on the night of Aug. 21, which was believed at the time to be the most ever recorded in the park.