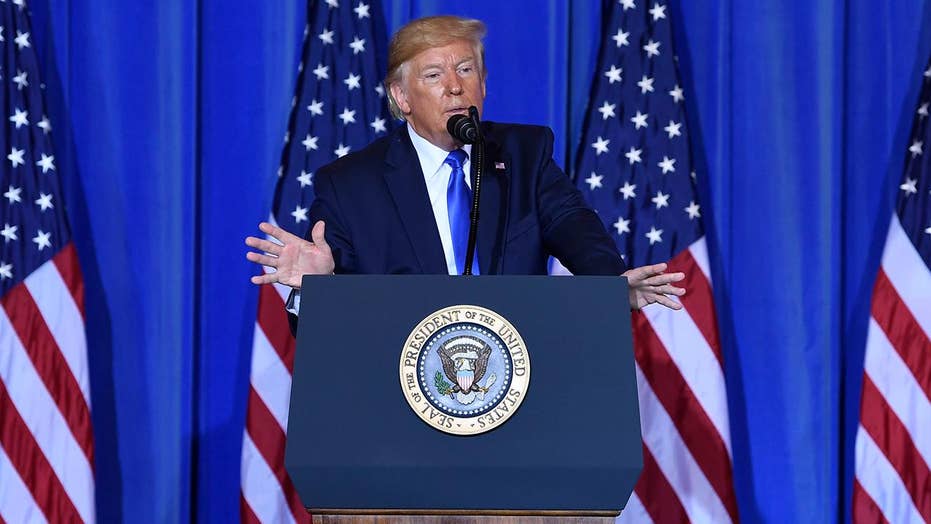 Trump critics are so miserable they’re starting to think that he won’t ever leave the White House.

A Canadian artist's freelance contract with a newspaper publishing company was terminated days after one of his cartoons depicting President Trump mocking the recent drowning deaths of a migrant father and daughter went viral on social media.

In a statement Sunday, Brunswick Media Inc. (BMI) denied that it had severed ties with artist Michael de Adder over the cartoon, which was published Wednesday.

"This is a false narrative which has emerged carelessly and recklessly on social media," the company said in a statement. "In fact, BNI was not even offered this cartoon by Mr. de Adder."

IMAGE OF DEAD FATHER, DAUGHTER AT US-MEXICO BORDER DRAWS REACTION AROUND THE WORLD

In the cartoon, which de Adder tweeted from his account, Trump was shown standing beside a golf cart, holding a golf club and looking down at the bodies of the two migrants, Oscar Alberto Martínez and his daughter, Valeria.

"Do you mind if I play through?" the cartoon version of Trump asked, a phrase used by golfers confronted with slow play ahead of them.

De Adder announced that BNI had cut ties with him on Twitter Friday and called the move "a setback not a deathblow."

"I'm not the type of person who's going to make a career out of being fired," de Adder tweeted Saturday. "I'm still successfully drawing cartoons for other publications. I just need to recoup a percentage of my weekly income and get used to the idea I no longer have a voice in my home province."

BMI owns most major print media outlets in New Brunswick, including three daily newspapers and a total of 21 English and French-language weeklies.

Wes Tyrell, the president of the Association of Canadian Cartoonists, posted on Facebook Saturday that the termination of de Adder's contract "was no coincidence" and blamed BMI owner James Irving for not wanting to offend the American president.

"Michael told me once that not only were the [industrial conglomerate] J.D. Irving owned New Brunswick newspapers challenging to work for," Tyrell wrote, "but there were a series of taboo subjects he could not touch. One of these taboo subjects was Donald Trump."

" … de Adder's Trump cartoons didn't appear in the newspaper but they were viewed all across social media, something that probably went unnoticed most days by Irving. But his cartoon of June 26 couldn't be ignored," Tyrell added. "… It went viral and social media stars like ['Star Trek' actor] George Takei even shared it. For a brief period de Adder was the poster boy for the Anti-Trump movement. A good place to be if you're a cartoonist, but a bad place to be if you work for a foreign oil company with business ties to the United States … A solid reason why an oil company has no business owning newspapers."