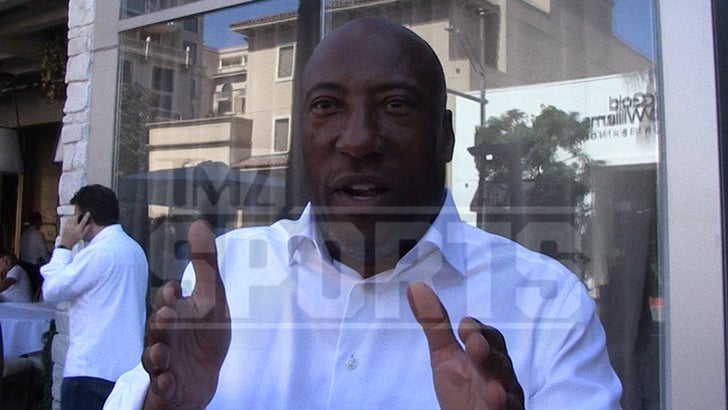 Byron Allen is callin’ dibs on the next available NFL team — telling TMZ Sports that after losing out on the Broncos this year, he’s “highly confident” he’ll “get the next one.”

We got the TV mogul out in Beverly Hills just days after he officially lost his bid to buy Denver’s NFL franchise to Rob Walton, and he told us he ain’t sad about it at all.

In fact, Allen was in a playful mood about missing out on the $4.65 billion purchase … saying, “When you lose to the richest family in the world, it’s not a bad day in the office.”

Allen says he’s now already turned his sights onto the next available team — explaining he’s absolutely undeterred by how the Broncos sale ended up.

“Listen,” the 61-year-old said. “Buying an NFL football team is a process and we had the pleasure of being a part of that process. We didn’t get this one, but I’m highly confident we’ll get the next one.”

Allen said owning a team is very important to him — telling us that becoming the first-ever Black controlling owner in the league is a huge goal of his.

Allen credited Robert Kraft and Roger Goodell for giving him the tools necessary to one day accomplish that feat … and added that he’s in no hurry whatsoever to give up on the dream.

“We gon’ find something,” Allen said. “We’re going to get it done. It’s just a matter of time.”