Brielle Biermann is confusing her fans by tweeting about being married twice, with no explanation. Did she really get hitched?

Does Brielle Biermann have something she would like to share with the class? The Don’t Be Tardy star, 24, baffled fans by tweeting out not once, but twice, “Married. Don’t Care.” Wait, what? Brielle didn’t provide any further explanation or context to the cryptic message she tweeted on both March 22 and March 28. Her fans were obviously confused.

“What happens in Vegas stays in Vegas,” one fan tweeted in response to her message, referencing the fact that Brielle recently made an appearance in Sin City with her parents, Kim Zolciak and Kroy Biermann. Most fans just wanted to see her ring… if it exists… and find out the truth behind her relationship status. Since posting the latest cryptic message, Brielle tweeted “i got my peaches out in Georgia,” and retweeted a series of memes.

It’s not like Brielle doesn’t have her picks of eligible bachelors to make her a Mrs. Kim and Kroy said on HollywoodLife‘s podcast in December that football players are always sliding into their daughter’s DMs! Kroy, a former Atlanta Falcons player, isn’t so happy about that. “We find it so funny, when these NFL players DM Brielle and Kroy is like, ‘Oh man…’” Kim said. 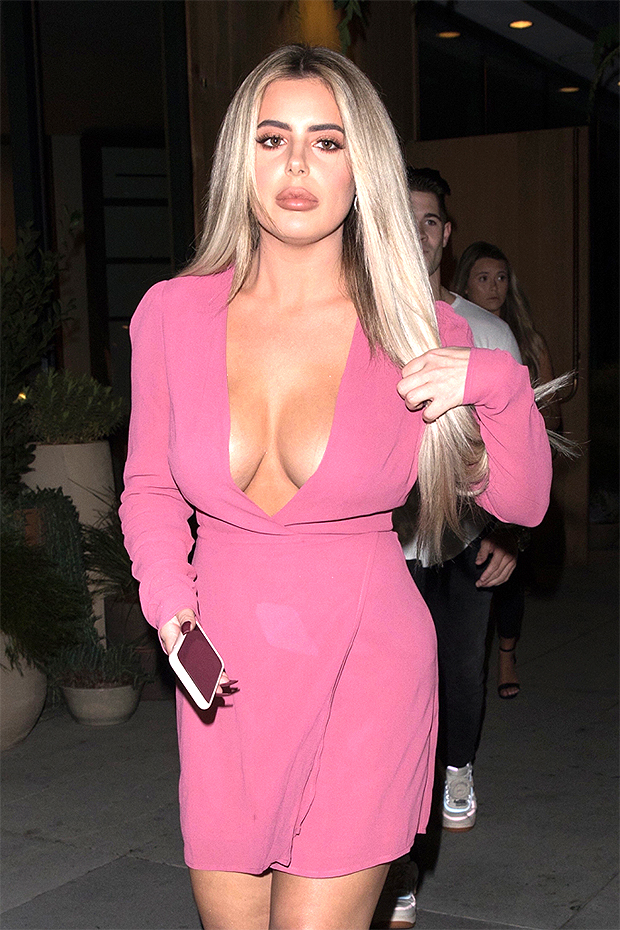 Kim admitted that she thought Brielle would be “single for awhile” because Kroy “ruined this” for her. Previously, Brielle was in a relationship with Chicago White Sox pitcher Michael Kopech. The couple dated from May 2016 until March 2018. Michael went on to marry Riverdale‘s Vanessa Morgan, filing for divorce six months later. Brielle’s fans practically begged her and Michael to get back together. Alas, it just wasn’t in the cards.