Maria Bakalova revealed how she successfully pretended to be a journalist for her ‘intense’ interview with Donald Trump’s lawyer, Rudy Giuliani, in the ‘Borat’ sequel.

It was one of the most controversial scenes in Borat Subsequent Moviefilm: Maria Bakalova, posing as a journalist, sat down for an interview with former New York City mayor Rudy Giuliani that ended in chaos. In a real interview that came out nearly three months after Borat‘s sequel film was released, the 24-year-old actress revealed how she was able to maintain a straight face throughout the awkward scene — even after Donald Trump‘s lawyer called the police. 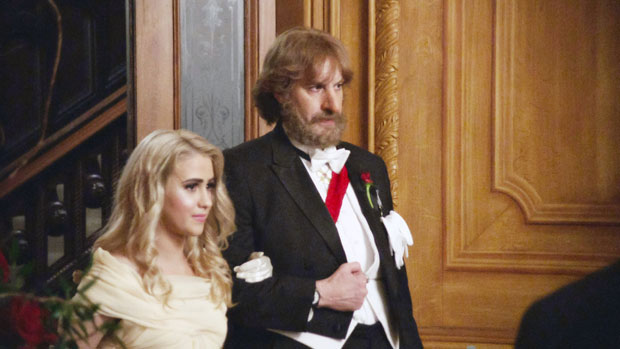 “I knew who he was. I was afraid because Rudy is a lawyer, and he is the president’s lawyer,” Maria, who played Borat’s daughter in the sequel film, told The Los Angeles Times for an interview published on Jan. 4. She continued, “I am not an American and don’t know about American politics. But I knew that as an actor, it was my duty to do this scene to save the movie.”

It also helped that Maria’s on-screen dad, Borat — AKA Sacha Baron Cohen — was also posing as a cameraman during Maria and Rudy’s interview. “I also knew that I wasn’t alone in the room because Sacha was hiding there,” Maria added. “I knew that if something happened, I could make my exit. But to be honest, my heart was definitely racing because it was an intense situation. The movie has been out for a few months, and everyone can see it and decide for themselves what to accept and believe.” 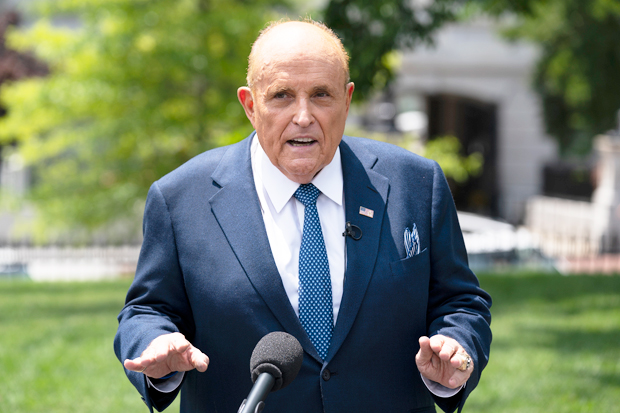 It wasn’t too hard for Maria to pretend to be a journalist, or Borat’s 15-year-old daughter from Kazakhstan, depending on the scene. The Bulgarian actress admitted that as she was fooling real people with her character, she believed she was Tutar herself sometimes.

“I heard Sacha say in an interview that sometimes he was confused about whether he was Borat or himself. The same was true for me. You can call it ‘Method acting!’ Quite often, I felt like I was Tutar. After a while, you think it’s a normal day in your life,” Maria told The Los Angeles Times. “You also feel so much adrenaline in your body. The excitement, the crazy rush, it’s like you are hypnotized. About half an hour later, you begin to realize what you were doing, and think to yourself, ‘Wow, that was very scary!’”

A photo of Maria Bakalova and Sacha Baron Cohen running away after the tense scene with Rudy Giuliani in Borat Subsequent Moviefilm. (Courtesy of Instagram/@mariabakalovaofficial)

Maria’s scene with Rudy caused a major stir after the Borat sequel was released on Amazon Prime Video in Oct. 2020. After Maria and Rudy’s interview, they headed into a room and Rudy sat on a bed, where he was pictured with his hands in his pants. Borat then barged into the room in lingerie, leading Rudy to call the police — and later, a heated exchange between Trump and Sacha after the movie’s release.

Rudy, who was not aware that Maria and Sacha were actors and thought Maria was a legitimate adult journalist, later insisted that his hand was not in his pants for inappropriate reasons. “I had to take off the electronic equipment,” Rudy said in an interview on Oct. 21. “And when the electronic equipment came off, some of it was in the back and my shirt came a little out, although my clothes were entirely on. I leaned back, and I tucked my shirt in, and at that point, at that point, they have this picture they take which looks doctored, but in any event, I’m tucking my shirt in. I assure you that’s all I was doing.”