Singer/songwriter Billie Eilish has accomplished a great deal in her young life. She has created award-winning music and videos, reaching the height of fame at just 19 years old.

Now, the “Bad Guy” singer can add meeting members of the royal family to her list of accolades. She recently shared what it was like to meet Prince William, Prince Charles, and Duchess Kate Middleton. Here’s what she said.

The “Ocean Eyes” singer and her brother Finneas O’Connell got to meet the royal family on Sept. 28 at the London premiere of the James Bond film No Time to Die.

The two musicians were in attendance because they wrote and performed the movie’s theme song. They created the track, which has the same name as the film, back in 2019.

The song features a 70-piece orchestra playing a piece by Hans Zimmer, who selected Eilish and O’Connell for the honor of making the Bond movie theme song.

According to Vulture, Zimmer had already been offered a small suite of options from several artists before choosing Eilish and her brother. “I’m not going to say who,” Zimmer said of the other artists’ tracks, “but I am going to get myself into loads of trouble, and I don’t care: I couldn’t get past the intro.” But when he heard the “Everything I Wanted” singer’s version, he thought, “That’s the vibe. That’s the everything. It’s a perfect movie song. In its quietness, somehow, you have a huge landscape in front of you.”

Eilish opened up about meeting the royals during an appearance on Jimmy Kimmel Live on Oct. 13. Although she was star-struck, she said the encounter was surprisingly normal.

The “Your Power” singer said she thought the meeting would feel a lot more formal because she was given a list of etiquette rules to follow. “There was a whole list of things,” Eilish said.

But she ended up not using the guidelines, after all. “I tried to; I was planning on it. And they were just so normal,” Eilish explained. “They didn’t make me feel like, ‘Oh, I’m scared, I can’t talk to them.’ They were complimentary, and they had all these questions for me. They were just very friendly, and like, funny and sweet. I can’t complain. It was amazing.” 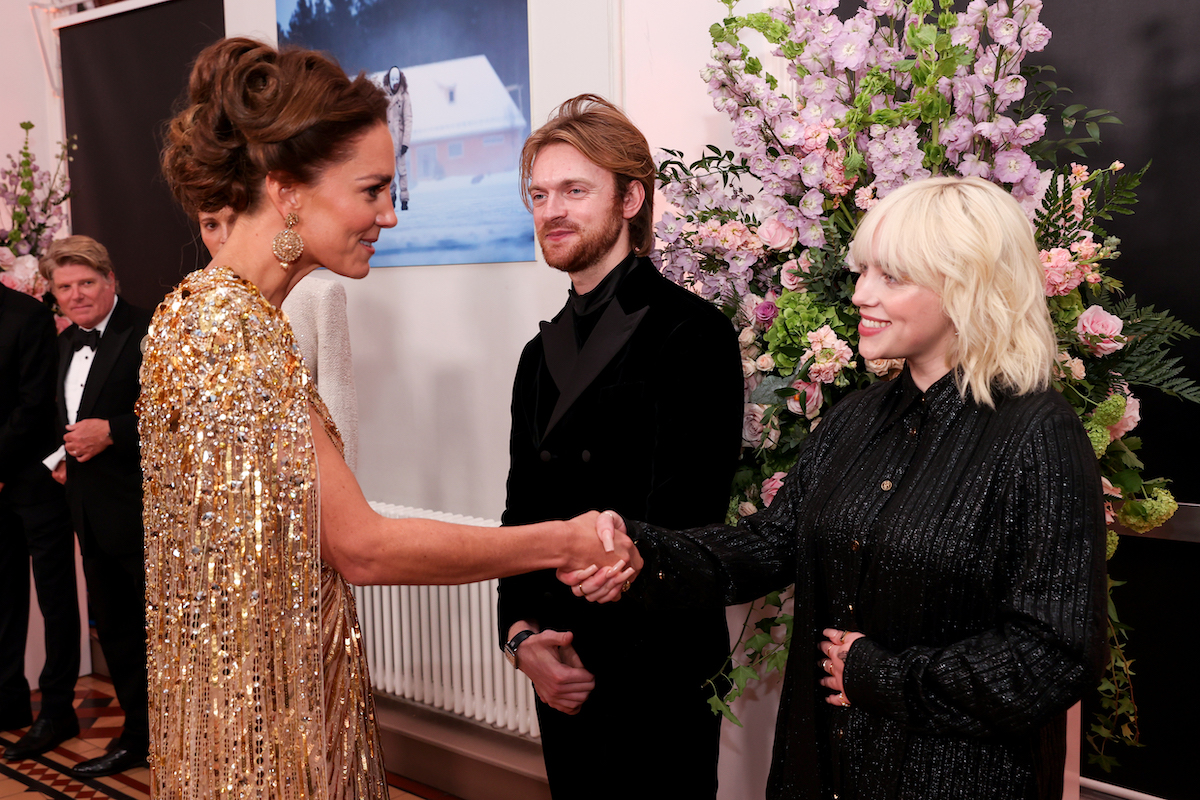 Not only did writing the theme song for No Time to Die allow Eilish the opportunity to meet royals, but it also helped her make history at the 2021 Grammy Awards.

Her song won the award for Best Song Written for Visual Media, marking the first time in the history of the Grammys that a track from an unreleased film won.

According to the award show’s rules, the song would have been disqualified. But the Grammy soundtrack committee changed the guidelines to account for the pandemic’s impact on movie release dates.