Tina Knowles calls for a change on the system after the former police was sentenced to 22.5 years in prison for the 2020 murder of George Floyd, while comic Sandra Bernhard says he should get 40 years in jail.

AceShowbiz –Beyonce Knowles‘s mother and comic Sandra Bernhard have slammed lawmakers in Minnesota following the sentencing of killer cop Derek Chauvin, insisting he should have been handed harsher punishment.

Chauvin was sentenced to a 22.5 year prison term for the 2020 murder of George Floyd, which sparked last summer’s Black Lives Matter protests, on Friday, June 25 and now celebrities are responding.

Tina Knowles was among the first to react, stating, “My Godson was sentenced to 20 years for 2 ounces of marijuana he has been In Jail for 11 years. This man convicted of three charges He Murdered This man on TV before the world. And will only serve 15! The system has to change [sic]!”, while Bernhard tweeted, “Should have been 40 years #GeorgeFloyd.” 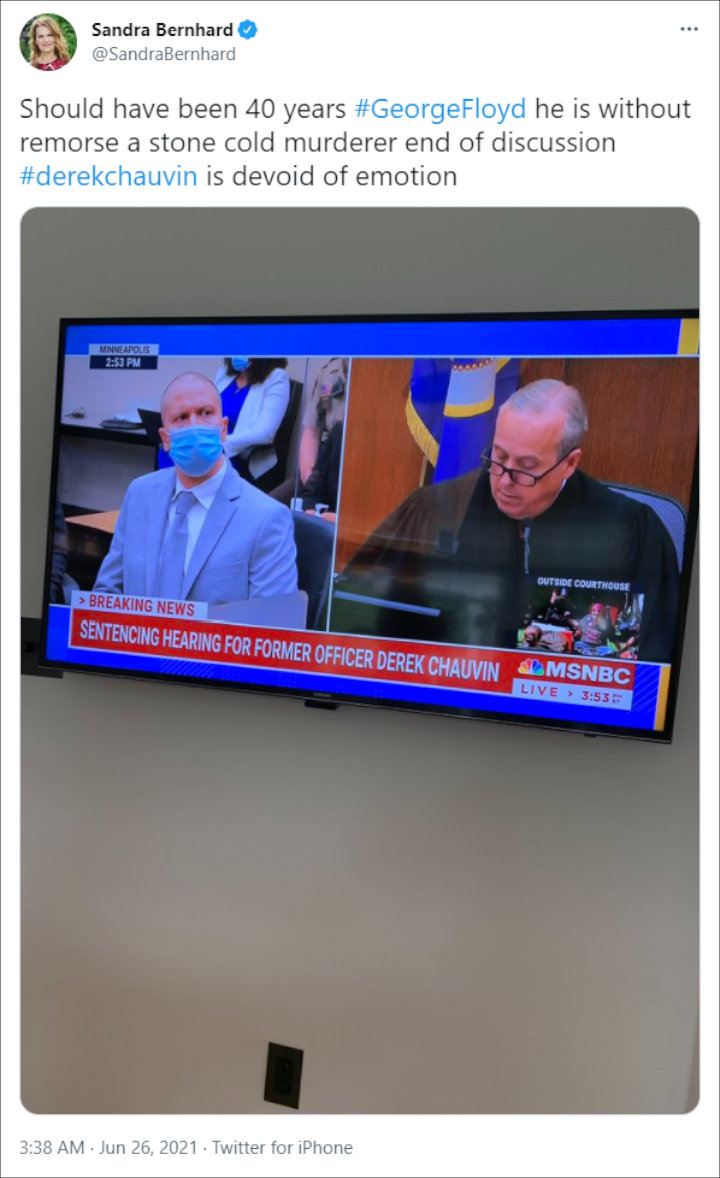 There were also reactions from Kathy Griffin, civil rights icon Al Sharpton, Rosanna Arquette, and film director Ava DuVernay, who wrote, “Derek Chauvin is a murderer. A murderer who watched multiple people plead for the life of the man he killed in broad daylight. A murderer who placed the full weight of his body on another human being’s neck and felt the life drain out of him. Derek Chauvin is a murderer.” 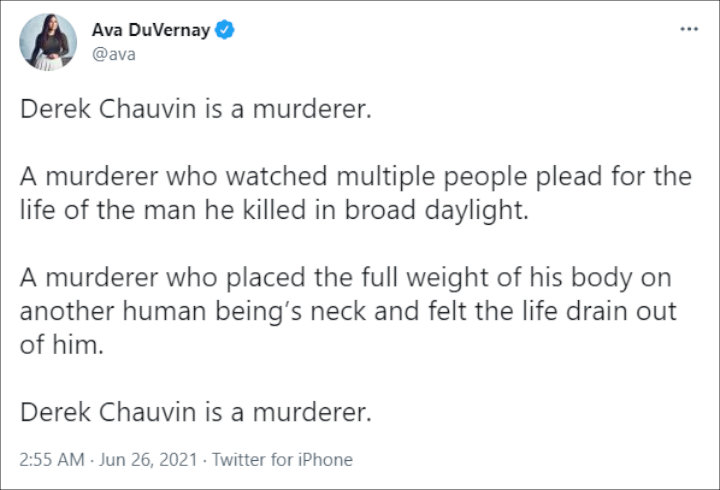 Chauvin was found guilty in April of second-degree unintentional murder, third-degree murder, and second-degree manslaughter – for kneeling on Floyd’s neck for nine minutes in May 2020.

Before sentencing, four victim impact statements were read, including one from Floyd’s seven-year-old daughter, Gianna, and his brothers Terrence Floyd and Philonise Floyd.