Millicent Simmonds turns 19 next Tuesday, but already her extraordinary presence on screen is one of the reasons the Quiet Place movies have made such a big noise at the box office, taking more than half a billion pounds globally.

Until director John Krasinski picked her, she’d made just one other feature film: Todd Haynes’s Wonderstruck, which played the Cannes Film Festival in 2017.

Millicent — Millie to her friends — admits she was nervous when Krasinski told her that after A Quiet Place her role had been beefed up and she’d be carrying the sequel as the lead.

But she said: ‘There was this trust, and [my character] Regan’s a badass, she really is!’

In the scary post-apocalyptic movies, which also star Krasinski’s real-life wife Emily Blunt, the monsters are attracted to noise and hunt you down.

The aural elements are an integral part of the suspense, and owe much to Millie’s input. 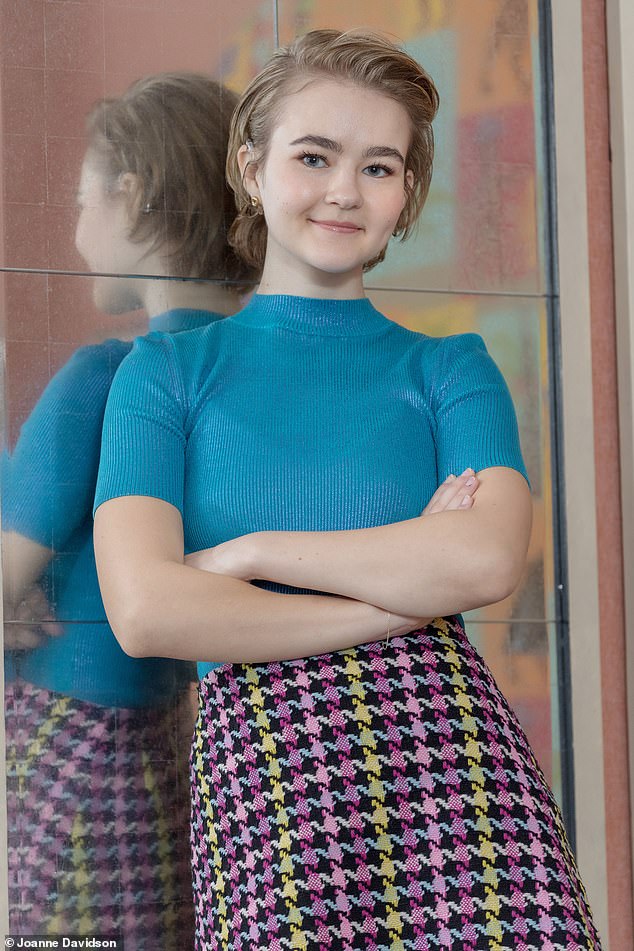 ‘I’m so honoured to have been able to contribute to a character who’s deaf, but a hero. What a woman, what a girl, but also a hero,’ said actress Millicent Simmonds, about her role in A Quiet Place

Simmonds is deaf. When we met at London’s Soho Hotel, she told me, through an ASL (American Sign Language) interpreter, that Krasinski asked her a lot about her own experiences, and what she would do in certain situations.

‘He wanted to see how things would feel, and look to me. It’s really quite exciting to see my experience on the screen, so that other people can see it,’ she signed.

People are still downloading A Quiet Place Part II, so I won’t give away any key spoilers.

‘Her deafness wasn’t a weakness. She wasn’t there to be saved. She wanted to save everyone, and be the one to fight the monsters.’

Leaning forward, she mouthed her words as she signed. ‘A lot of deaf people, in general, are tired of feeling like a victim, and feeling they’re helpless. 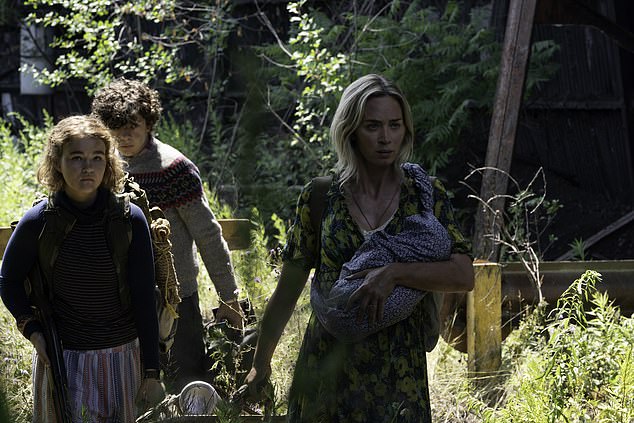 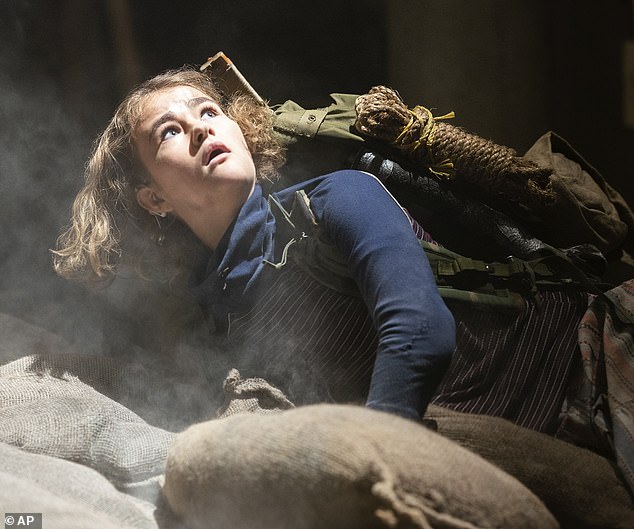 Millie starring in a hair-raising scene from A Quiet Place Part II, which received universal acclaim from critics

‘I’m so honoured to have been able to contribute to a character who’s deaf, but a hero. What a woman, what a girl, but also a hero.’

She added that she’s been touched by how many children have ‘come up to me to tell me they look up to me’.

‘I’ve seen a lot more spotlight on deaf characters being allowed to express their own experiences and stories,’ Millie agreed. ‘They have something to say!’

The young star, who is full of grace and warmth, is visiting Britain with her mother Emily. Home is in Pittsburgh, Pennsylvania, where she lives with two older brothers, younger twin sisters, and her oil executive dad.

She told me it was good for a mainstream audience to understand that not all deaf people are alike. ‘You can’t have one deaf person representing the entire community, because it’s so diverse,’ she said, adding: ‘there’s not one way to be deaf.’ 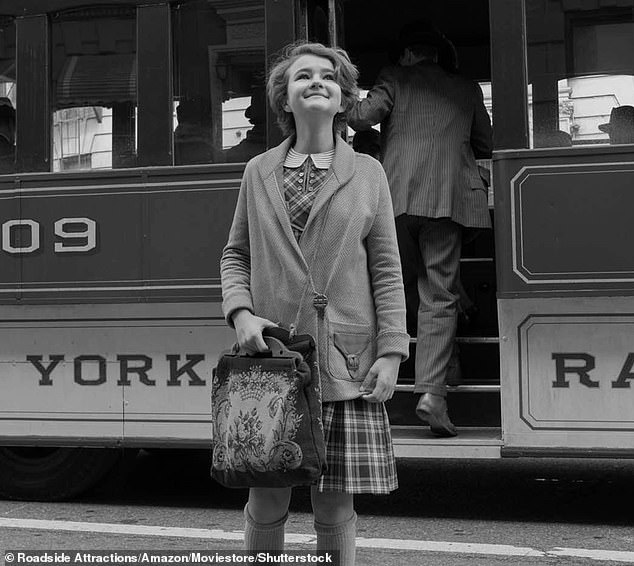 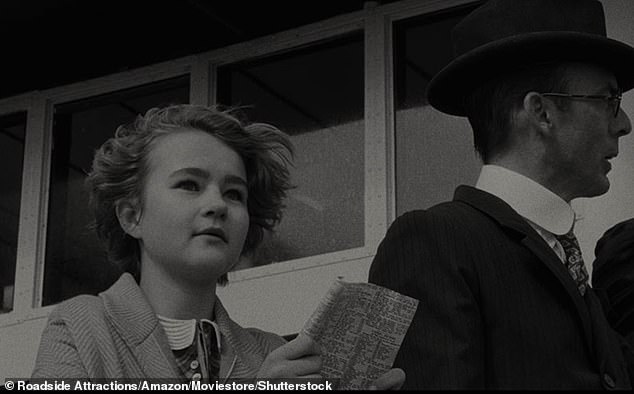 Simmonds is one of five contenders for this year’s Bafta EE Rising Star awards.

Fellow nominees are: Ariana DeBose (West Side Story; the Oscar and Bafta best supporting actress front-runner); Harris Dickinson (The King’s Man and Souvenir Part II), Lashana Lynch (No Time To Die); and Kodi Smit-McPhee (Oscar nominated for The Power Of The Dog and the X-Men’s Nightcrawler).

There’s talk of A Quiet Place 3, but Millie told me she has no knowledge of where that story’s headed. For now, she’s focusing on starring in and producing a TV series based on the book, True Biz, by Sara Novic.

And there’s a possibility she’ll star in Helen & Teacher, about deaf/blind author and activist Helen Keller’s time at college.

At 5ft 1in, she’d also love to play a baddie in a Marvel movie. ‘Why not?!’ she said. ‘Nobody would be expecting me to be the villain.’

I like that she refuses to see her deafness as an impairment. But equally, she resists being ‘labelled as a deaf actor’, insisting: ‘I don’t want anybody to feel sorry for me. It sort of feels that I’m in a separate category of actor; and that does feel a bit bizarre. Obviously, I’m deaf. But am I not a good enough actor to be considered just an actor?’

Public voting for the EE Rising Star Award is open at ee.co.uk/BAFTA until March 11. The winner will be announced at the EE British Academy Film Awards on March 13.