One of Armie Hammer’s exes is ready to move on and focus more on her future following a painful period in her life.

Shortly after the release of the first trailer for House of Hammer, Courtney Vucekovich took to Instagram Stories to share a clip of herself taking a stroll with her dog on Wednesday. After being featured heavily in the three-minute video to detail some of her nightmare experiences with the 35-year-old during their relationship, she’s clearly ready to move on.

She wrote on top of the video:

“onwards and upwards is the only option.” 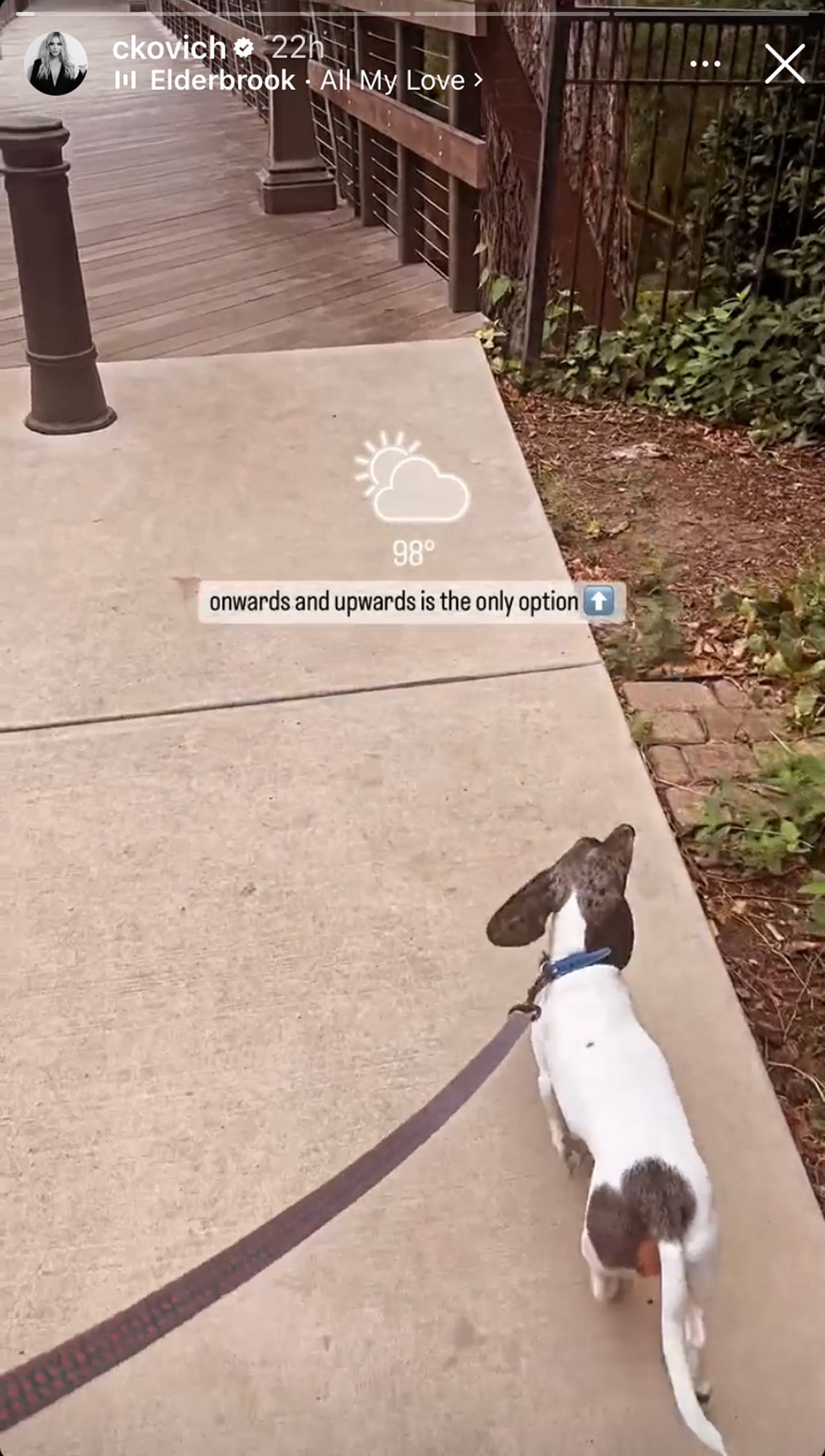 Even before the first look at the anticipated three-part docuseries dropped this week, the Flashd app founder had already spoken out about her horrendous and traumatic relationship with Armie. In January 2021, she told Page Six when the cannibal scandal and sexual abuse allegations broke that the Call Me By Your Name star is like a “chameleon” who becomes “exactly who you need him to be.” She described:

“He quickly grooms you in the relationship. He kind of captivates you and while being charming, he’s grooming you for these things that are darker and heavier and consuming. When I say consuming, I mean mentally, physically, emotionally, financially, just everything. He sucks out all the goodness you have left. That’s what he did to me. I gave and gave and gave until it hurt.”

He vehemently denied the allegations at the time, with his attorney insisting everything was “completely consensual, discussed and agreed upon in advance, and mutually participatory.” Behind closed doors, we heard he thought he was being “kink-shamed.”

But in the trailer, Courtney and another alleged victim, Julia Morrison, shared some of the graphic messages they allegedly received from Armie, including audio! One text read:

“I have a fantasy about having someone prove their love and devotion and tying them up in a public place at night and making their body free use and seeing if they will f**k strangers for me.’”

One of the most shocking moments also came from a voice memo sent by Armie, in which he talked about a “bet” that involved “showing up at your place and completely tying you up and incapacitating you and being able to do whatever I wanted to every single hole in your body until I was done with you.” WTF?! According to Courtney, he even texted her during their time together:

She then went on to describe a traumatizing sexual encounter she had with Armie, recalling:

“The ropes were around your neck, your wrist, your ankles, and you’re completely immobilized. I’m just closing my eyes until it ended.”

Scary stuff. But of course it gets so much worse. And we expect to hear all about that in the doc.

We’re glad Courtney is out of this terrible situation and focused on healing now. Our hearts continue to go out to her and everyone who has experienced abuse at the hands of Armie.