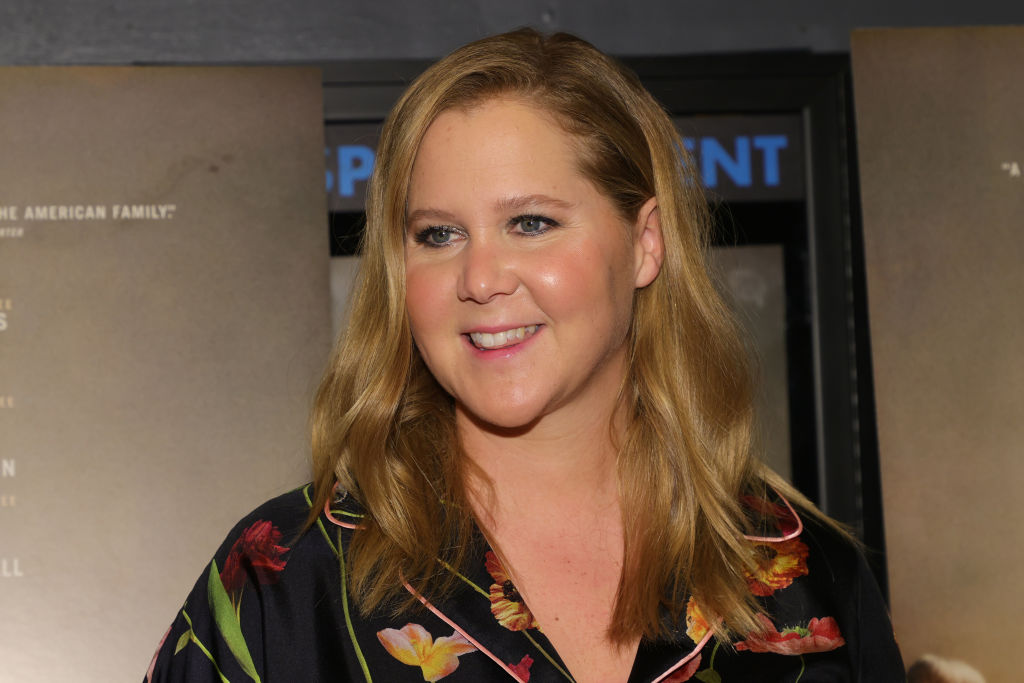 Amy Schumer has revealed she spoke out about having liposuction so that fans would know what was ‘real’ if they noticed her looking slimmer in photos.

The comedian, 40, revealed in January that she had undergone the procedure after having a baby, and that the results had her ‘feeling really good’.

However, she wanted to be honest with fans about having gone under the knife rather than lost weight naturally is they would know the reasons behind her new figure.

Speaking on Chelsea Handler’s podcast, she explained: ‘I got liposuction. I never thought that I was going to do anything like that.

‘When I would hear liposuction I was just like, that’s so crazy to me, and I would say that I’m not ever going to do anything.’

Amy gave birth to her son Gene via caesarean section in 2019 and later underwent surgery to remove her uterus and appendix in a bid to end her endometriosis pain.

She revealed that the changes to her body after giving birth inspired her to have liposuction after her endometriosis surgery, adding: ‘I healed well, so I was like, can I get lipo? And I got lipo and I’m feeling really good.’

Amy added: ‘I just wanted to say that, because if anybody sees me in pictures or anything and they’re like, she looks thinner, and whatever: it’s because I had a surgery.

‘It’s too hard, and I just want to be real about it. So I just wanted to share that.’

She had shared the results of her liposuction in January as she uploaded two photos in a black bathing suit on the beach.

Amy told her followers at the time: ‘I feel good. Finally. It’s been a journey thanks for helping me get my strength back @seckinmd (endo) @jordanternermd (lipo).

‘Never thought I would do anything but talk to me after your uterus doesn’t contract for 2.5 years and you turn 40.’