The Santa Fe Sherriff’s Office are searching to find out if footage exists of the fatal shooting yesterday on the set of the Alec Baldwin film Rust.

In an affidavit for a search warrant, Detective Joel Cano today asked the New Mexico courts to allow him “to confirm if the incident that took place was or wasn’t recorded.”

The indoor rehearsal scene on October 21 at the Bonanza Creek Ranch saw Baldwin handed a prop gun that “discharged” and killed cinematographer Halyna Hutchins. Director Joel Souza was also injured in the incident inside the “grey/brown” structure on the Ranch location as the search warrant issued by Santa Fe County Magistrate John Rysanek earlier today calls it. 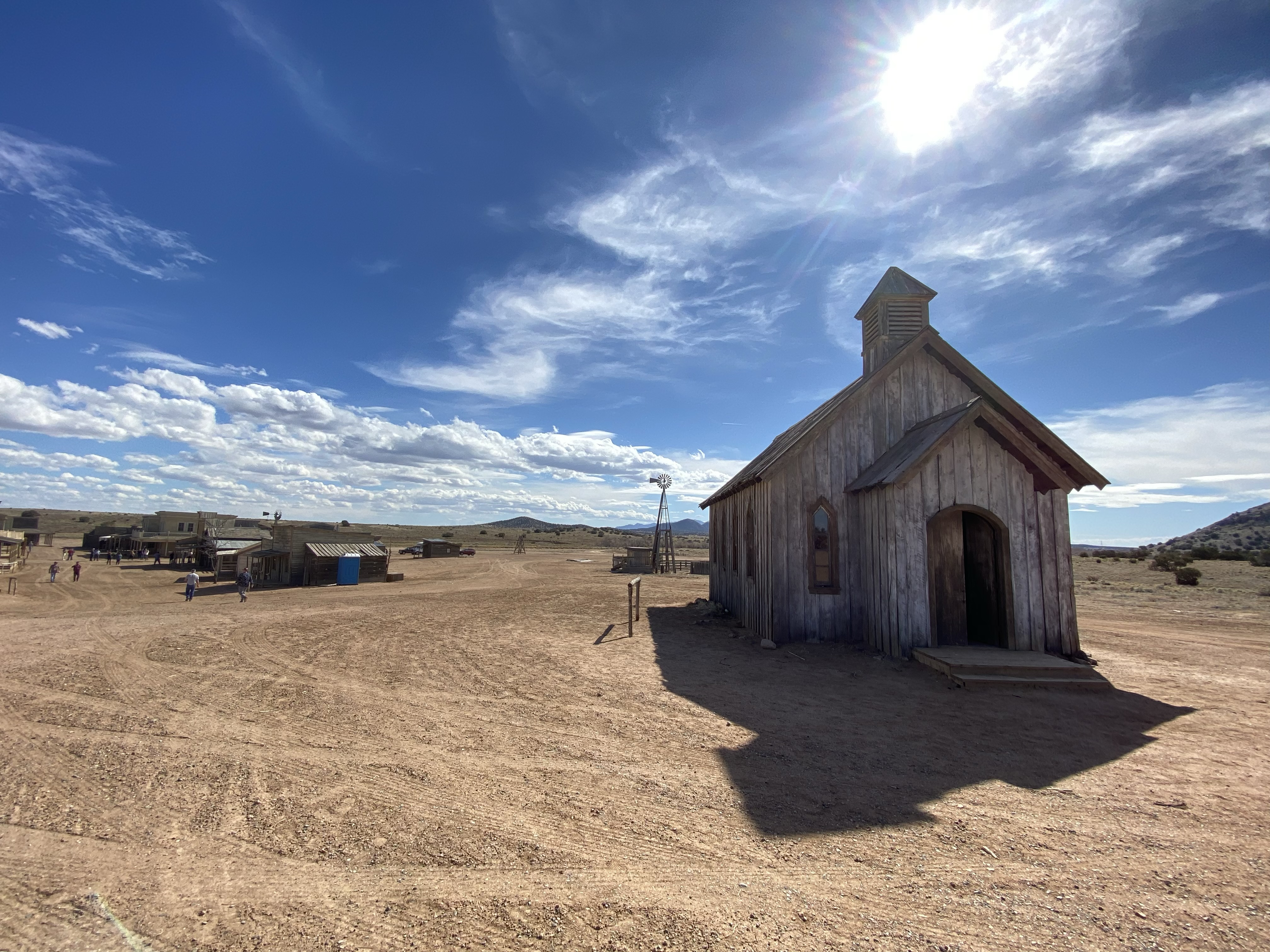 “The warrant was executed this afternoon and they are out there right now,” Santa Fe County Sheriff’s Office spokesman Juan Rios confirmed to Deadline this evening of investigators.

The detailed affidavit claims that Baldwin was handed one of a trio of prop guns on a nearby cart by an assistant director and told the prop was a “cold gun” that did not have any live rounds in it. Baldwin fired the prop gun, hitting Hutchins at close range and then Souza with the blast. Indicating that all three prop guns were prepped by the on-set armorer, the AD “did not know live rounds were in the prop gun,” says the document from Det. Cano.

A frantic 911 call was made by crew members and first responders arrived on the scene quickly.

The affidavit also says that the armorer took out the “spent casing” from the prop gun before handing it over to Sherriff’s deputies on Thursday evening.

Deputies took possession of the prop gun that killed Hutchins, the cart the guns were on, a belt and other “prop ammunition” when they showed up on Thursday. Baldwin, the armorer and others were interviewed and released by the Sheriff’s department yesterday

The armorer and several other crew members on the 1880s-set film are named in today’s affidavit.

To further their probe, the Santa Fe Sherriff’s Office want all possible footage, production computer equipment, memory and other digital cards, all weapons (real and prop), all weapon ownership documents, cell phones and smartphones of crew and cast that may have captured footage and photos of the location.

They are also seeking the “Old Western Style” costume that Baldwin was wearing at the time of the shooting. Specifically, the police are looking at Baldwin’s clothes and the outfits others in the room had on for blood remains and other evidence because of the individuals “close proximity” to the shooting.

“This case is still in its preliminary states of investigation,” First Judicial District Attorney, Mary Carmack-Altwies said to Deadline earlier Friday on the possibility of charges criminal and otherwise being filed.

“We are assisting the Santa Fe County Sheriff’s Office and have offered our full support to them,” she added. “At this time, we do not know if charges will be filed. We will look into all facts and evidence of the case with great discretion and have further information at a later time. Our thoughts are with all affected by this tragedy.”

Before any criminal homicide charges or otherwise are filed, if they are, law enforcement sources tell us that among other things there has to be a determination if a prop gun is considered a deadly weapon. Carmack-Altwies’ office told today Deadline they believe it could be, but still want to see what the Sheriff’s Office discover before any final judgement is made.

Earlier Friday, Sheriff’s Office spokesman Rios said that the department expects “to have more information next week as our investigation continues.”