Adele, 30, immediately referenced her changed appearance with an opening gag about only bringing “half” of herself to the programme owing to coronavirus guidelines.  The singer said: “I know I look different than when you last saw me, but because of the COVID restrictions I had to travel light and bring only half with me, so this is the half I chose.”

I don’t want to say anything political

Back in January during a holiday to Anguilla, Adele told a fan she had lost “something like 100 pounds”.

“There is no miracle exercise that can make you look like you lost a lot of weight.”

Adele last appeared on SNL back in 2008, in an episode hosted by Josh Brolin. 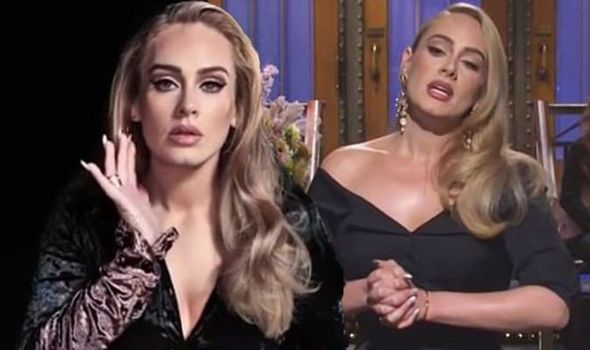 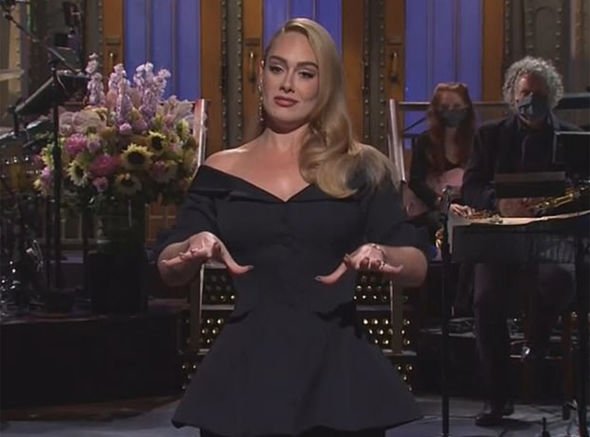 At the time she had just released her first album, 19.

Taking to the stage yesterday to host the programme, Adele shared: “It’s me, Adele, and my God, I’m absolutely thrilled to finally be hosting this show,’

“A show that not only do I genuinely love, but the show that broke my career here in America 12 very long years ago.

“See, I was a musical guest back in 2008 when Sarah Palin came on with Ms Tina Fey. 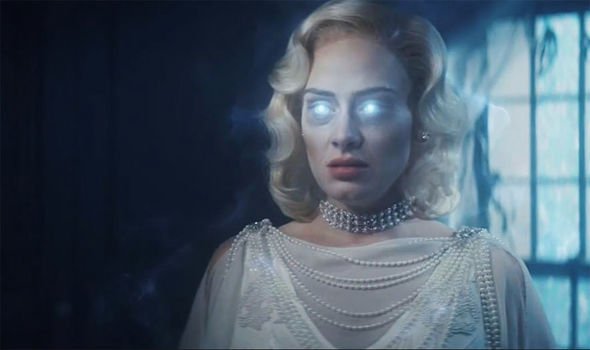 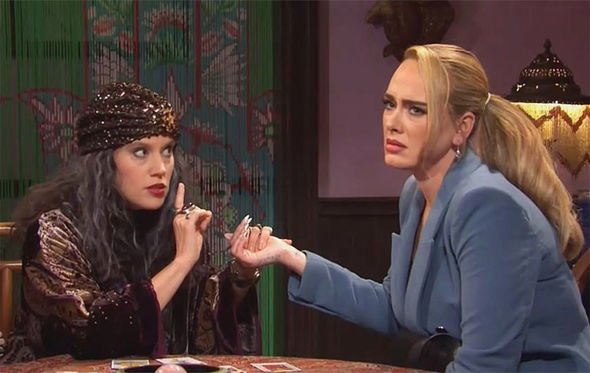 “So obviously a few million people tuned in to watch it and the rest is history.

“Now, I don’t know anything about American politics. I’m British, you know? And I don’t want to say anything too political, so I’ll just say this: Sarah Palin, babes, thanks for everything, yeah?” she added.

The star also admitted to being “nervous” and prone to “swear” as she hosted one of the biggest programmes in the United States.

She confessed: “I’m nervous. You know what I’m like. I always get very nervous on live TV but tonight especially so because I swear a lot. Like a lot a lot,” she said.

“Honestly I don’t notice I’m doing it anymore. But tonight, we’ve got a swear jar. Let’s check in on that. Let’s make sure that all goes to charity.”

The singer last released music back in 2015 with her smash hit album 25.

Back in 2016 she headlined Glastonbury but has kept a low profile since, as fans have patiently awaited more music.

In one hilarious sketch on the programme, Adele played a contestant on The Bachelor who would annoy the other contestants by breaking into song.

Before transforming into a ghost who haunted a mansion while also following Pete Davidson.

In the skit, Adele felt annoyed she was unable to scare him and even showed him where her neck had been slit which had turned her into a ghost, to begin with.

In another segment on SNL, Adele was a customer at Kate McKinnon’s fortune-telling salon.

“I see no concerts in 2020, only colouring,” McKinnon told Adele.