Adele’s Easy On Me music video might have been a thing of beauty but the behind the scenes footage proves it wasn’t all as glam as it seemed.

The singer, 33, shared a brilliant bloopers edit of the music video for her latest track, her first single release in six years, showing the laughs she had on the set.

Adele joked: ‘It’s all smoke and mirrors! Here’s all the bloopers from the Easy On Me video.’

One particular shot, which was a blink-and-you’ll-miss-it moment of her putting a cassette into the player of her car, took a quite astonishing number of takes as the tape kept popping back out, ruining the moment.

Adele was seen repeatedly trying to press the tape into the slot with her long, pointed nails before cracking up at how difficult such a simple moment was.

Another prop that was causing her issues was a long, black, patent coat which kept ending up in the wrong place when she picked up a briefcase from the floor on her way out of the door. 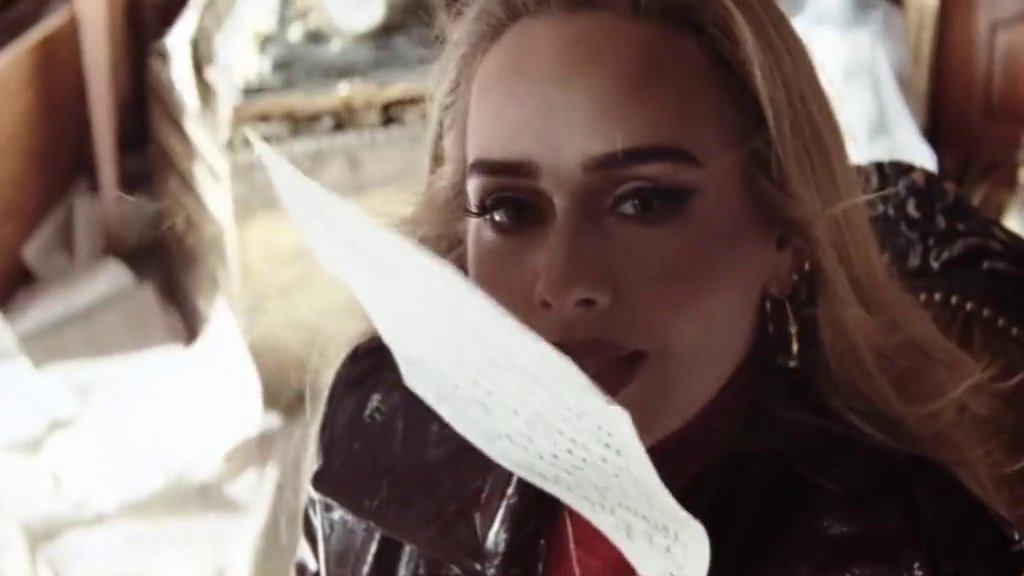 In her classic North London accent, Adele could be heard exclaiming: ‘Yeah, it’s the coat. This f**king coat!’

In the one take where the flap of her coat didn’t end up pushed back by the bag, she then cried: ‘The f**king sunglasses are on!’, after forgetting she was supposed to put them on during the take and not before.

In a later scene, Adele is seen sitting on a chair as loose pages of paper fly around her – another scene which was a lot trickier to shoot than it appeared.

Adele was seen beautifully singing along to the track as page after page managed to hit her square in the face as she tried to remain professional and carry on.

She soon broke into a massive smile as she realised the shot was ruined by the paper clinging to her face for a moment too long to get away with.

Thankfully, after many, many takes, all of the shots were completed to perfection, creating the stunning video we now know and love.

Easy On Me also shot straight to the top of the charts and broke streaming records with 24million listens in its first week of release – so it was definitely worth the years of waiting.