Aaron Carter is trying to show “good faith” amid his feud with his brother Nick Carter.

The “I Want Candy” singer, 31, tweeted on Wednesday, September 18, that he surrendered two of his rifles to authorities. The confession came a day after the Backstreet Boys member, 39, filed for a restraining order against his younger brother over an alleged remark Aaron made about wanting to kill Nick’s pregnant wife, Lauren Kitt, and their unborn child.

“So today I decided to voluntarily allow the sheriffs department to hold on to two of my rifles. I’m doing this to show my good faith and cooperation with law enforcement. @DOJPH #GunSafety #GunControl,” Aaron tweeted. 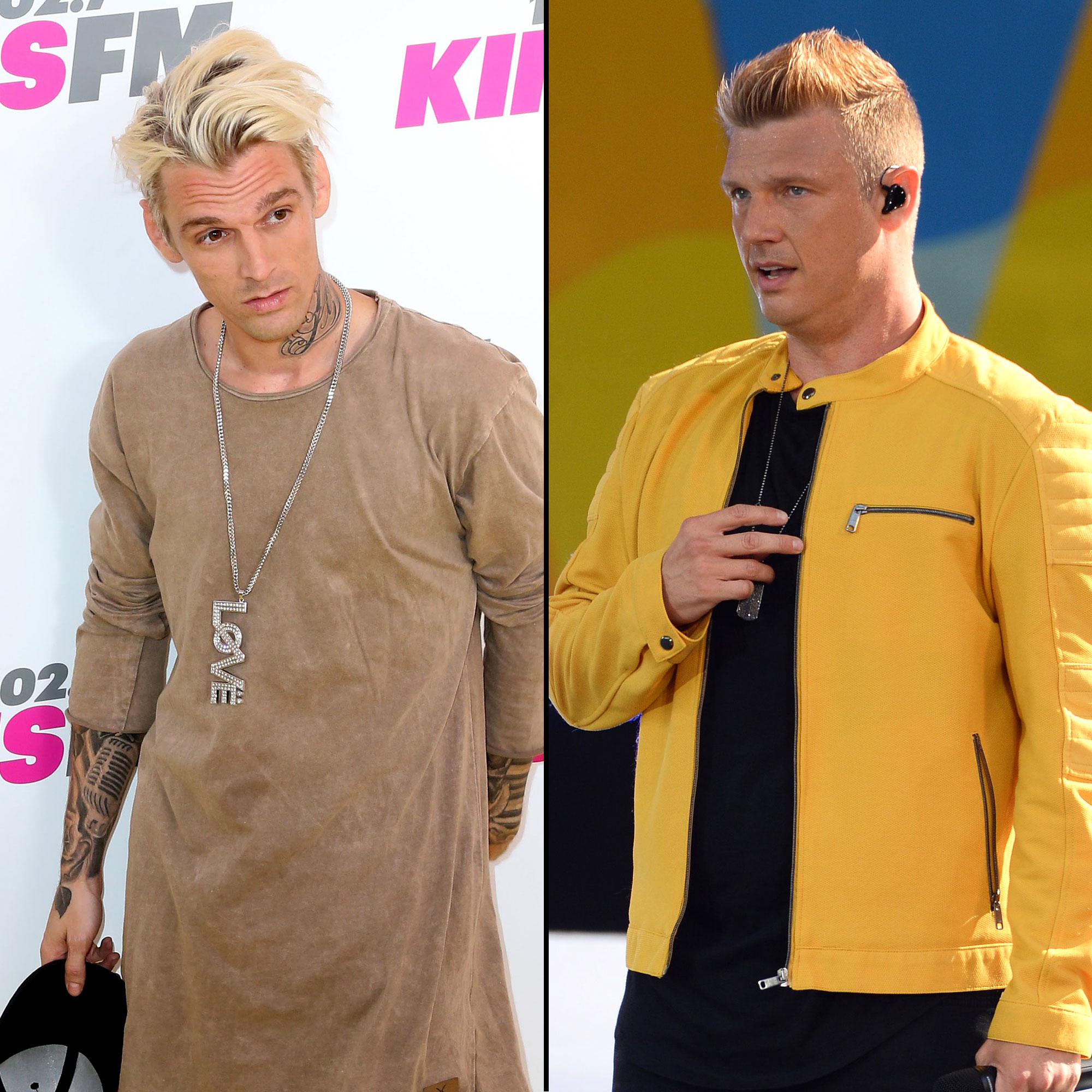 The “Aaron’s Party” singer’s hashtags mirror those from Nick’s Twitter statement on Tuesday, September 17, where the “I Want It That Way” crooner revealed that he and sister Angel Carter sought a restraining order against their younger brother after an “alarming” confession.

“After careful consideration, my sister Angel and I regret that we were required to seek a restraining order against our brother Aaron today,” Nick tweeted with hashtags #mentalhealth #GunControlNow #GunControl.

He continued, “In light of Aaron’s increasingly alarming behavior and his recent confessions that he harbors thoughts and intentions of killing my pregnant wife and unborn child, we were left with no choice but to take every measure possible to protect ourselves and our family. We love our brother and truly hope he gets the proper treatment he needs before any harm comes to himself or anyone else.”

Aaron confirmed the drama on his Twitter around the same time as Nick posted his statement.

“So my brother just got a restraining order against me. And I was just served lol,” he tweeted on Tuesday. “Take care. @nickcarter we’re done for life. I haven’t seen him in four years. And I don’t intend.”

The “I’m All About You” singer then went on a rant about how his older brother had “bullied” him his “whole life.”

“LEAVE ME ALONE. FOR THE REST OF MY LIFE. IM BEGGING YOU. PLEASE,” Aaron tweeted, along with a clip showing him and his brother in a heated altercation on their 2006 E! show, House of Carters.

He continued, “I haven’t even seen you guys and nick you bullied me my whole life. And tortured me as a child. And everyone knows it. ITS BEEN PUBLIC. and now you’re scared of the truth.”

The “Crush on You” singer also claimed that his brother filed for the restraining order to “retaliate” against him for siding with Melissa Schuman, a woman who accused Nick of sexual assault in November 2017.

Aaron went on to involve Nick’s ex-girlfriend Paris Hilton, who he claimed was abused by the boy band member during their relationship in 2004.

Nick previously denied the sexual assault allegations and claims that his relationship with the Hilton Hotels heiress, 38, was abusive.

In an interview with TMZ on Monday, Aaron claimed that police officers came to his house on September 15 to detain him on a 5150 psychiatric hold. According to the site, the “Sooner or Later” singer told the authorities that he had loaded weapons scattered across his home, which he didn’t intend to surrender.

On a recent episode of The Doctors, the “Fools Gold” singer seemingly revealed that he was diagnosed with bipolar disorder, among other mental health conditions.

After a clip from the episode was released, Aaron told TMZ that he’s mentally stable, denied that he has any mental health conditions and claimed that The Doctors episode was edited to look like he was diagnosed with several mental disorders. Producers for The Doctors told the site that the episode “was not edited in any way.”

In October 2017, Aaron checked himself into a 90-day rehab program after he was arrested for driving under the influence and possession of marijuana. Police also visited his Florida home for gun and safety concerns in September 2017.